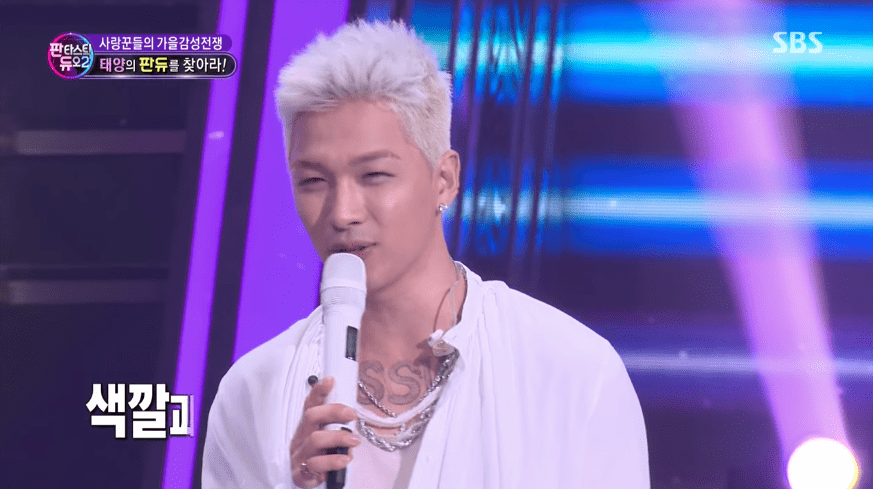 During his guest appearance on the September 3 broadcast of SBS’s “Fantastic Duo 2,” BIGBANG’s Taeyang shared which female singer has caught his eye!

One of the civilian contestants hilariously used the pseudonym, “Taeyang’s Girlfriend from Kyung Hee University.” As it turns out, her own boyfriend was also named, “Taeyang.”

The similarities did not end there, as when the contestant sang a short part of BIGBANG’s “FXXK IT,” many panelists and the MC commented that she sounded similar to BLACKPINK’s Rosé.

See Also: BIGBANG’s Taeyang Reveals That His Hit Song “Only Look At Me” Was Not Originally Meant For Him

Taeyang unexpectedly revealed at that moment, “”Rosé is the female vocalist that I most like these days.” Then, when the contestant sang a part of “Playing With Fire,” Taeyang complimented her, saying, “I think that it’s not that she’s good at imitating [Rosé], but rather that her actual voice sounds similar to her.” 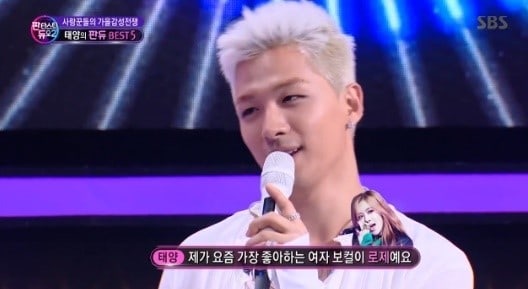 Check out the whole episode!

BIGBANG
BLACKPINK
Taeyang
Rosé
Fantastic Duo 2
How does this article make you feel?