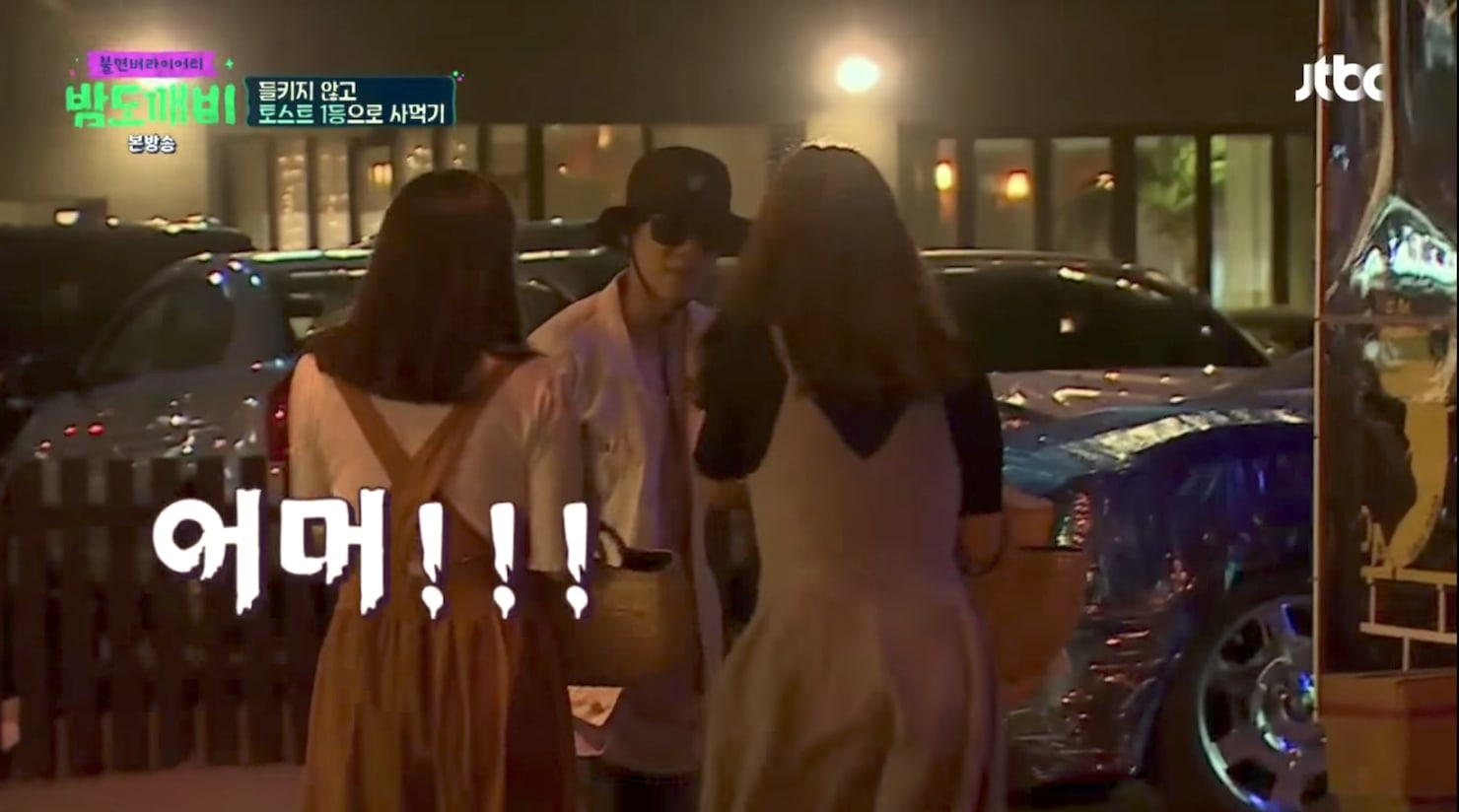 On the September 3 episode of JTBC’s “Night Goblin,” the cast members traveled to Busan and stayed up all night to be the first customers to eat at a famous ramyun restaurant. 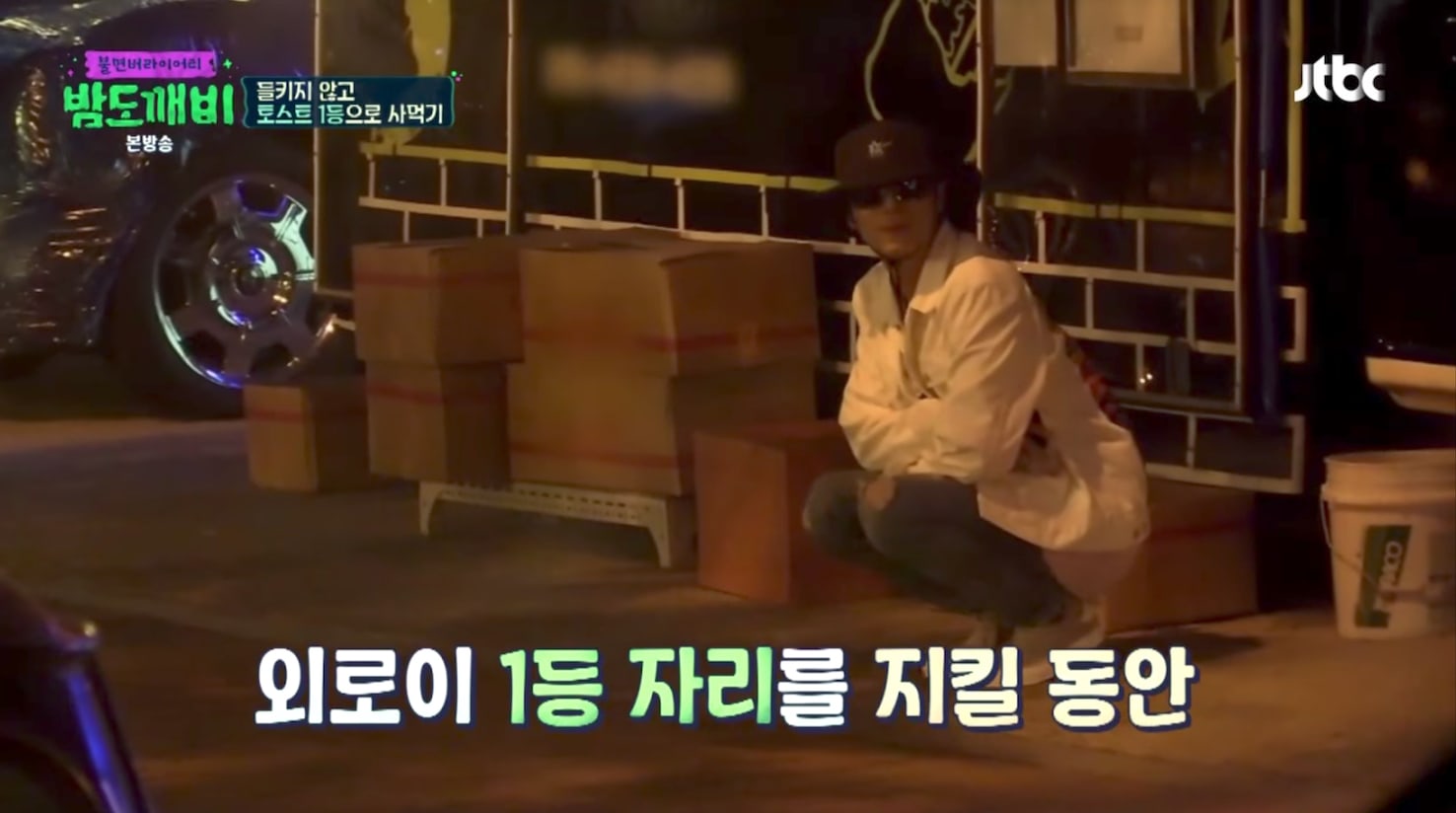 Before the ramyun restaurant opened, the cast members decided to also try out toast breakfast sandwiches from a popular toast food truck. The mission was to buy it without getting recognized. 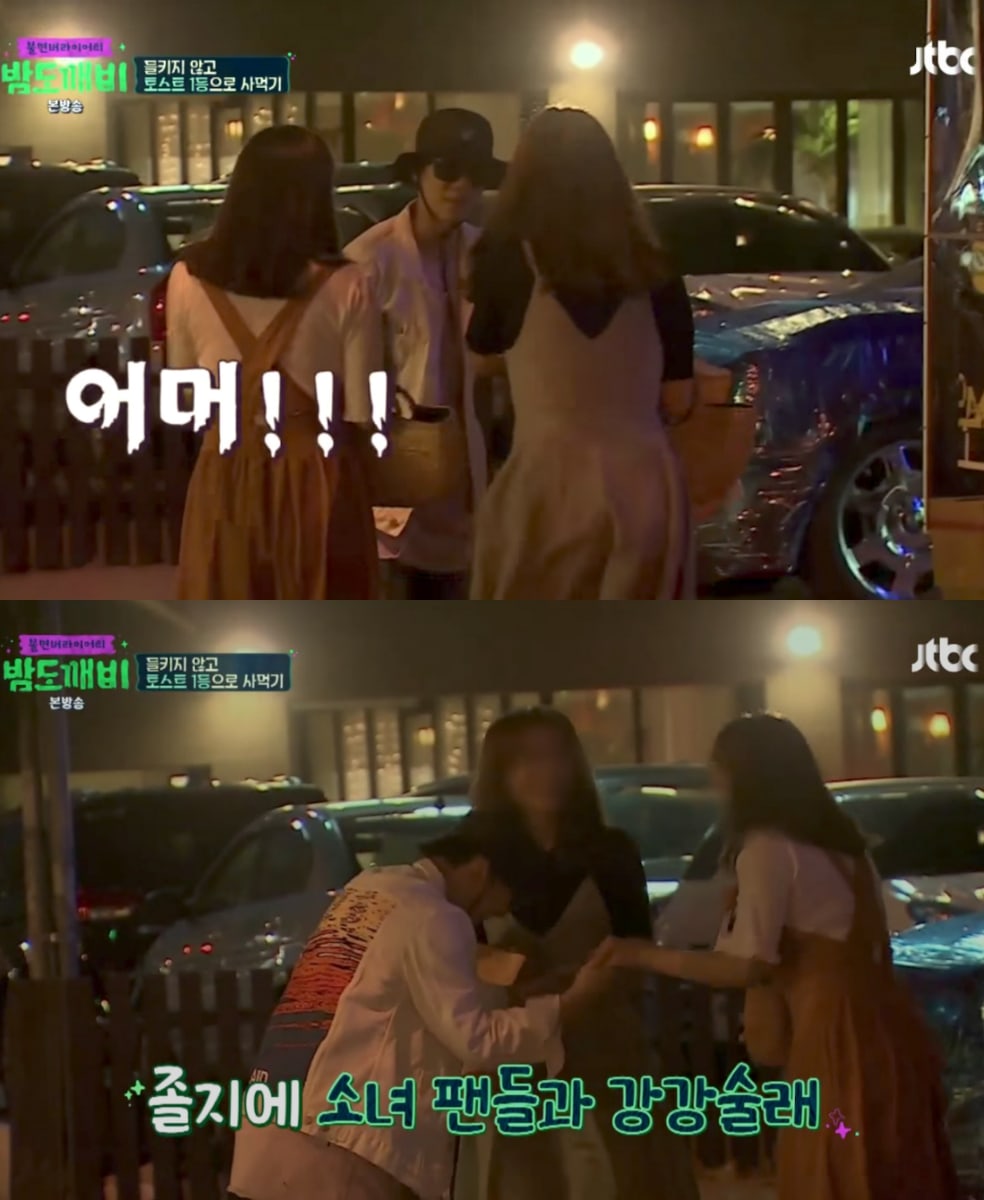 NU’EST member JR went first with just a hat and a pair of sunglasses as his disguise. With 45 minutes left before the food truck opened, JR waited on the street and as soon as he walked up to ask someone for the time, two fangirls immediately recognized him and started screaming. Even though JR failed at his mission, he succeeded in giving the best morning surprise to his fans. 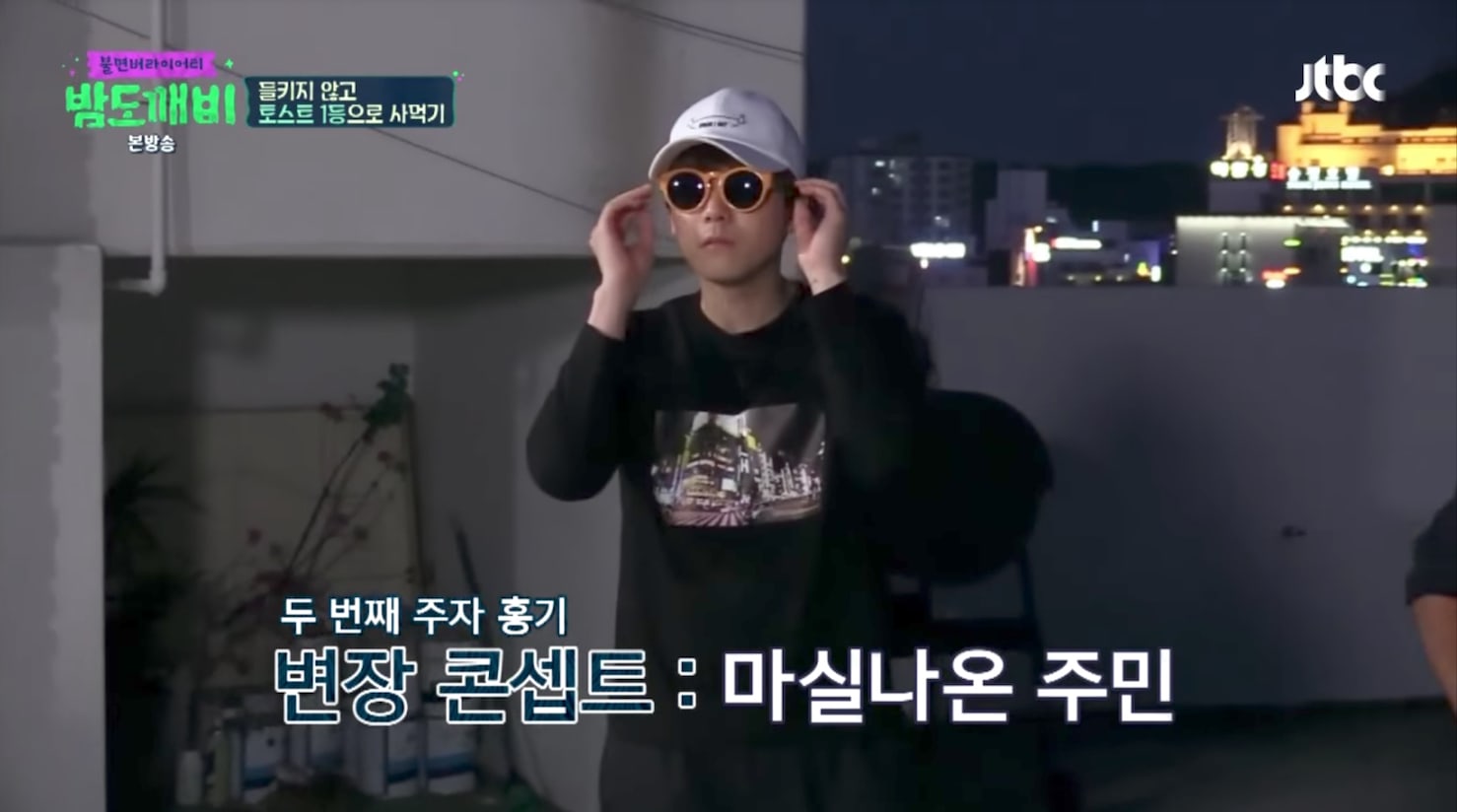 FTISLAND member Lee Hong Ki went next, with also a hat and a pair of sunglasses as his disguise. Unlike JR, he succeeded at his mission of buying toast without getting recognized by anyone. Lee Hong Ki said, “I need to work harder,” at his bittersweet successful mission.

Watch the clip of JR’s incognito toast mission below!