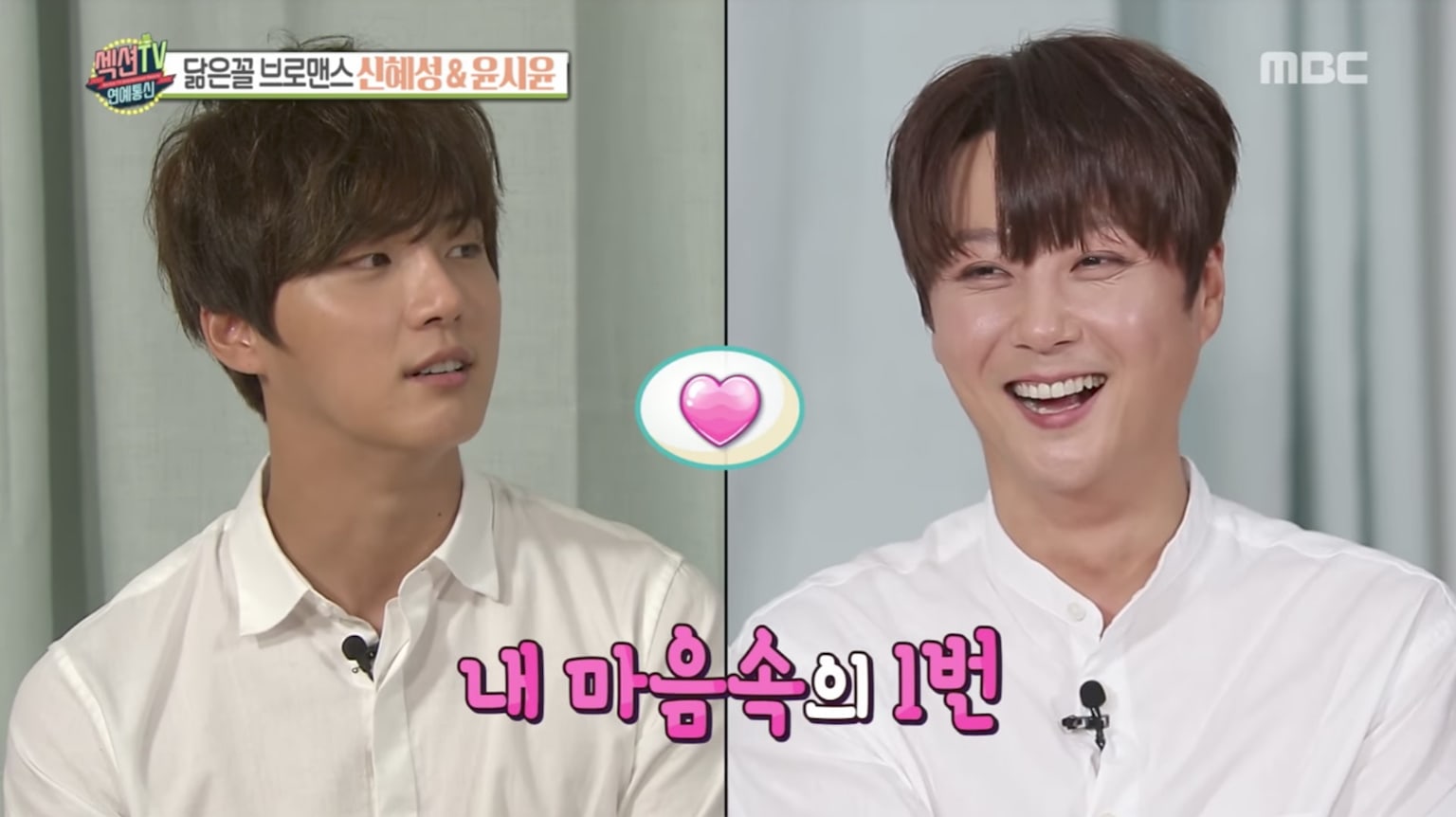 Actor Yoon Shi Yoon and Shinhwa member Shin Hye Sung are close—in real life and in facial features. The two were interviewed on the set of a photoshoot on the September 3 broadcast of MBC’s “Section TV.”

When the interviewer looked at the two celebrities sitting next to each other and commented on how similar they looked, Yoon Shi Yoon said, “Earlier, my stylist who has worked with me for 10 years, was touching Shin Hye Sung’s hair thinking it was me,” then showed off his best Shin Hye Sung impersonation. 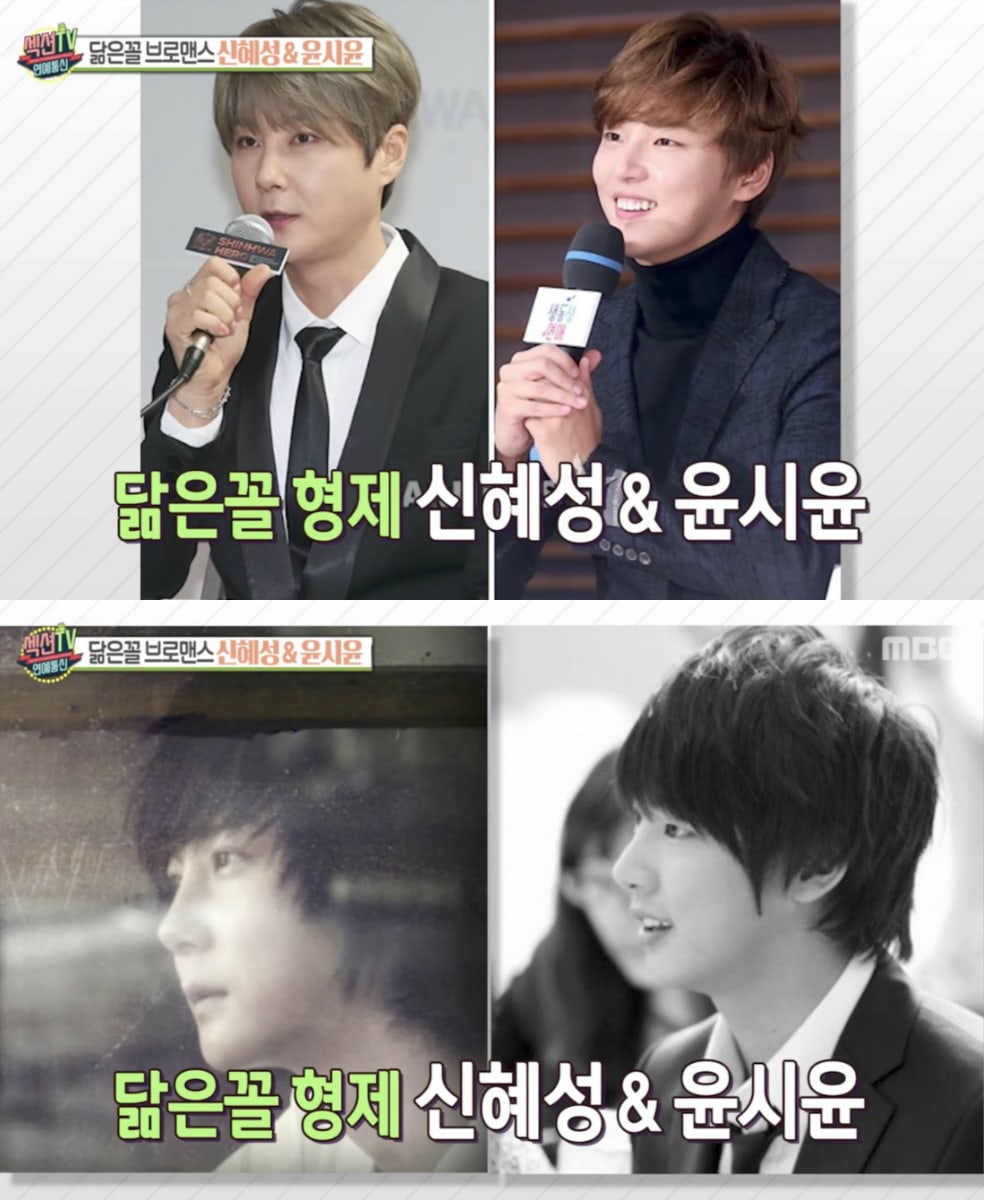 Then, Shin Hye Sung talked about how Eric, who is the only married member of Shinhwa and happens to live in the apartment above him, brought him broth, meat, and fruits to eat after a performance. Yoon Shi Yoon joked, “That’s not friendship, that’s pity,” as a play on words since the two words in Korean have the same ending phonetic sound.

Meanwhile, Yoon Shi Yoon appeared in the teaser for Shin Hye Sung’s new music video. Watch the interviews of the lookalike friends below!