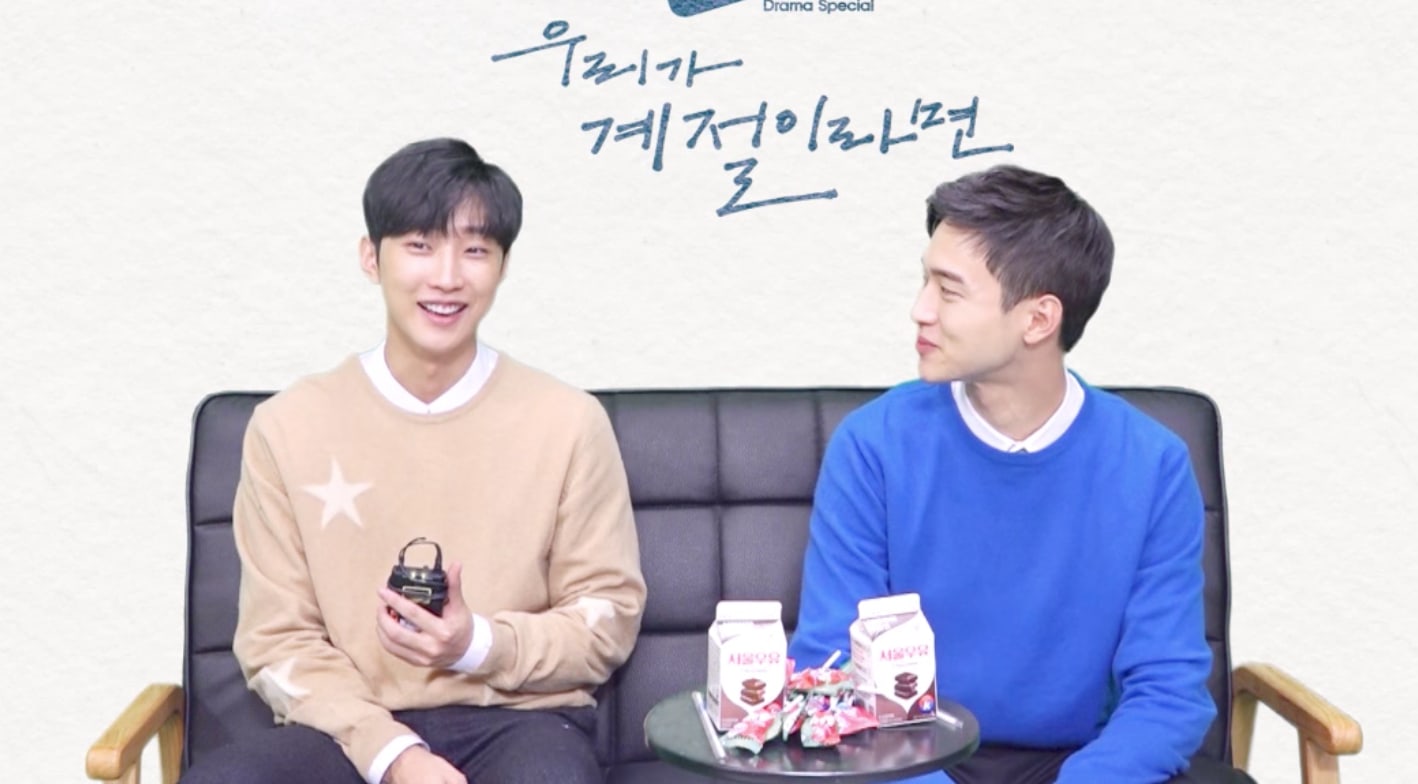 Three friends, two boys, one girl. It’s a classic storyline and plot of the KBS drama special “If We Were a Season” (literal title) starring B1A4 member Jinyoung, actor Jang Dong Yoon from “School 2017,” and actress Chae Soo Bin from “Moonlight Under the Clouds.”

In the released video, Jang Dong Yoon revealed that he will play the role of Uhm Ki Suk, an immature high school student who is awkward at love, and Jinyoung shared that he will play the role of Oh Dong Kyung, a high school transfer student from Seoul who is straightforward at love. The teaser for the drama showed the three friends developing their friendship and love for one another.

Meanwhile, “If We Were a Season” aired its first episode on September 3 at 11:40 p.m. KST. Watch the teaser below!

Chae Soo Bin
Jinyoung (B1A4)
Jang Dong Yoon
IF We Were A Season
How does this article make you feel?