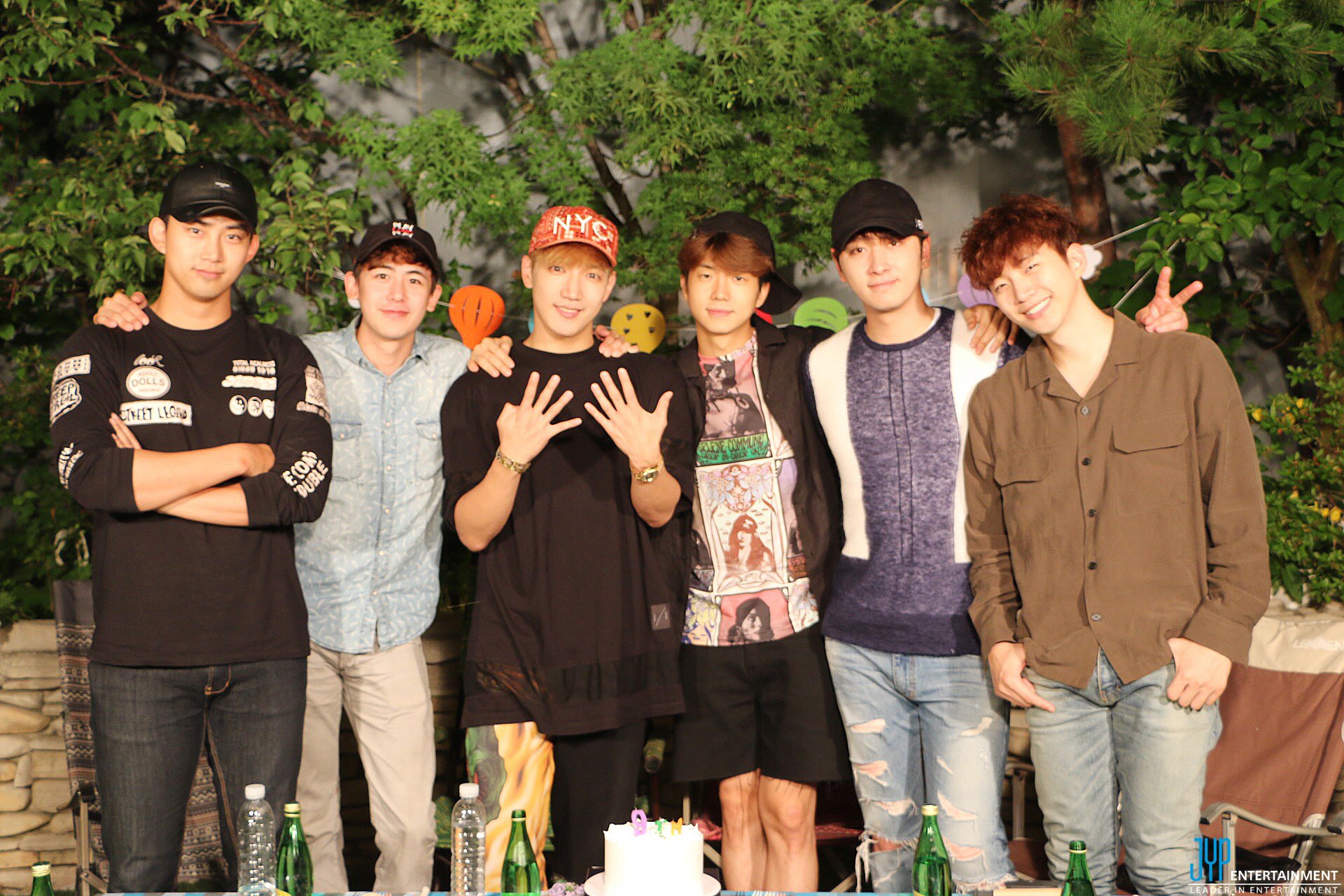 2PM has been together for 9 years and counting!

To mark the occasion, the 6 members gathered together to hold a V Live broadcast, starting late on September 3 and continuing into September 4, their actual anniversary.

Official broadcast aside, many of the members took to their personal social media accounts to thank their fans on the important occasion.

Jun.K wrote on Twitter, “2PM 9th year. More than anything, I’m grateful that I could meet kind people who put the team first and sincerely look out for each other. I’m grateful that we’re together.” He added HOTTEST, the name of 2PM’s fanclub, as a hashtag.

He also posted a sweet photo of the six members on Instagram.

Nichkhun wrote on Twitter, “Thank you for the past 9 years. Let’s keep going in the future.” He also posted a photo for the occasion.

Junho wrote, “Love hottest love 2PM” and hashtagged “9th anniversary” along with a photo of the group.

2PM debuted on September 4, 2008, making a name for themselves with a new “beast-like” image that focused on a physical, manly vibe rather than the “flower boy” trend. The group was originally part of JYP’s ambitious “One Day” plan before splitting into 2PM and 2AM, each with their unique style. Their last domestic comeback was in 2016 with their sixth studio album “Gentlemen’s Game.” Earlier this year, they held what appeared to be their last concert as six members before their expected enlistment in mandatory military service.