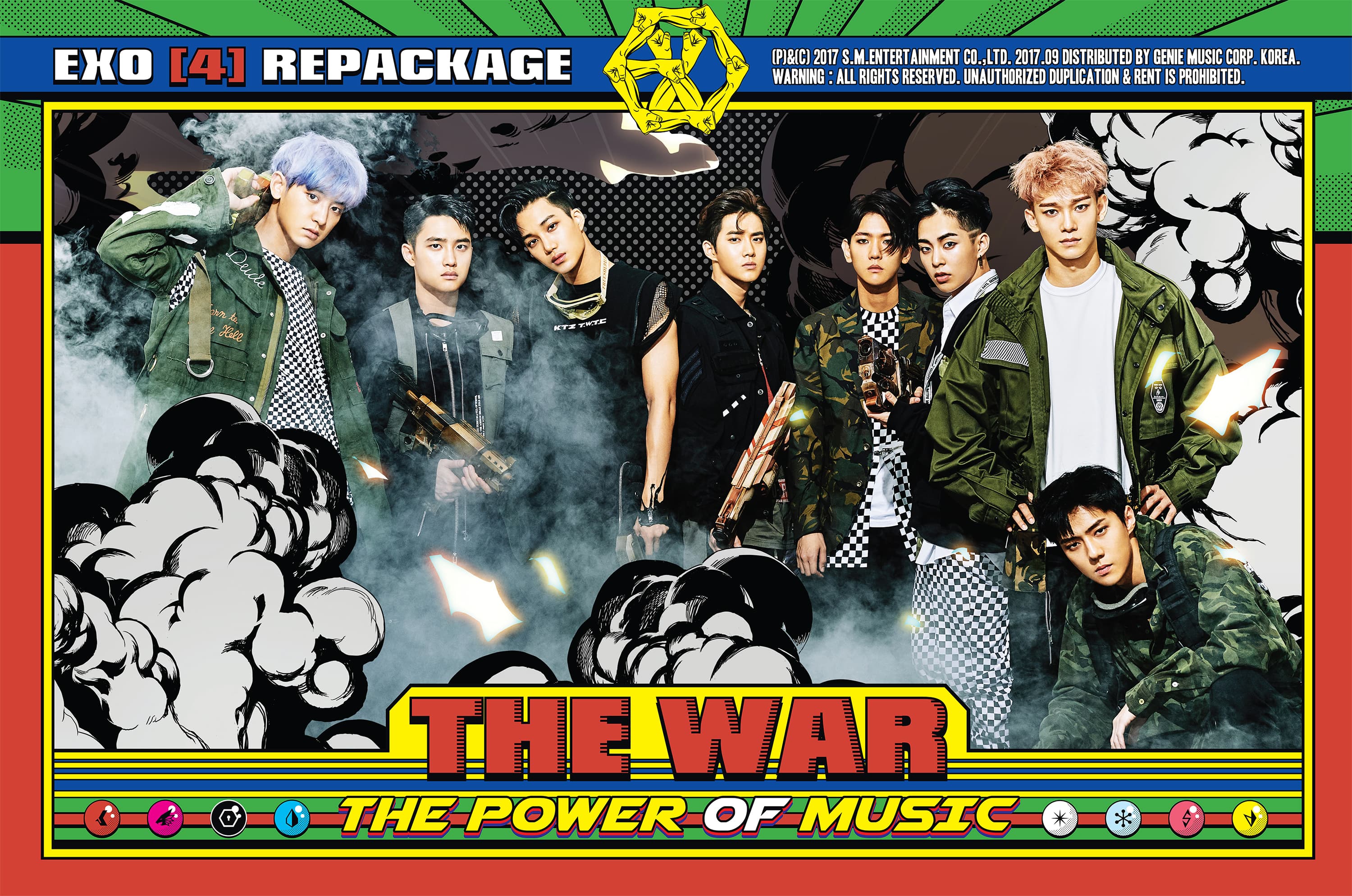 Through their official Vyrl, Twitter, and Facebook accounts, EXO has shared one last photo teaser before they release their newest album “THE WAR: The Power of Music” later today at 6 p.m. KST!

With just 24 hours left until their newest album “THE WAR: The Power of Music” drops, EXO has revealed a teaser for their music video!

They released video clips for both the Korean and Chinese version of their title track “Power,” in which the members—sans Lay—appear to be fighting an unknown force.

“THE WAR: The Power of Music” is a repackaged album of “The War,” which featured title track “Ko Ko Bop.” The graphic novel-inspired album will feature three new tracks, title track “Power,” “Sweet Lies,” and “Boomerang,” in addition to the original nine tracks that were included in “The War.”

Previously, EXO kicked off the countdown to this comeback with a clip titled “The Power of Music: Total Eclipse,” and followed up with “The Power of Music: Parallel Universe” a week later. Since then, they’ve also revealed a preview clip called “POWER #RF_05,” as well as animated individual member teasers.

EXO will be dropping their full album on September 5 at 6 p.m. KST, and is set to hold their first comeback stage on the September 7 episode of “M!Countdown.”