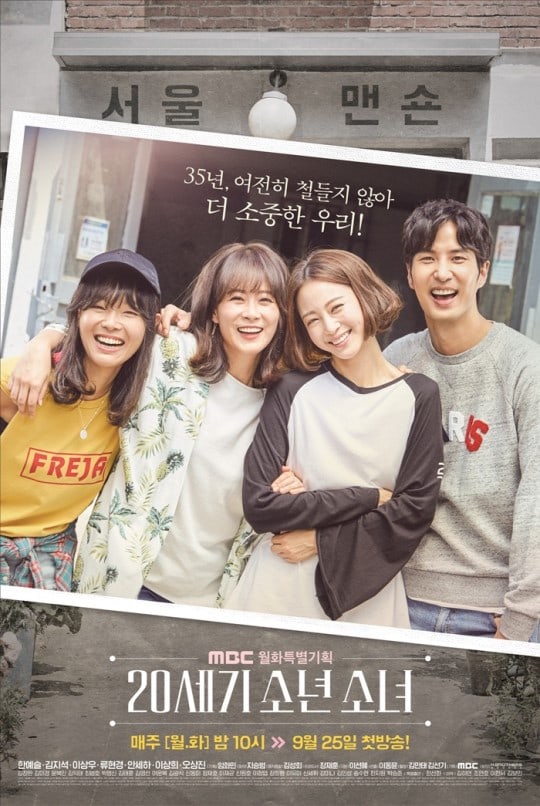 On September 4, a source from the production company said, “Starting today filming has ceased due to the [MBC] strike. Future filming schedules have yet to be determined.”

“20th Century Boy and Girl” starting filming in mid-July and is scheduled to air on September 25 following the end of “The King Loves.” The drama has finished filming approximately four episodes as of now. However, the drama’s broadcast schedule could experience issues depending on the strike.

“20th Century Boy and Girl” tells the story of 35-year-old friends who grew up together in the same neighborhood and develop love through their deep friendship.

Meanwhile, the company-wide strike is calling for the resignation of MBC president Kim Jang Gyum. “Infinite Challenge” and “I Live Alone” will be temporarily off air. The 2017 DMC Festival has also been canceled, and filming for the “2017 Idol Star Athletics Championships” has been put on hold. Furthemore, “Music Core” has been confirmed to temporarily be off air as well.

MBC
20th Century Boy and Girl
How does this article make you feel?