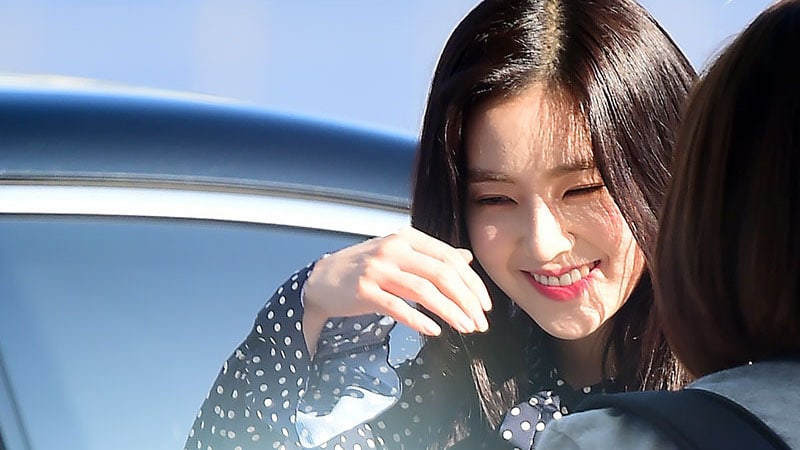 When Red Velvet’s Irene arrived at Incheon International Airport in order to head to Jakarta, Indonesia for the KBS2’s “Music Bank in Jakarta” recording, fans noticed a changed detail.

There were six to eight built bodyguards ensuring the safety of Irene as she entered the airport. This caught the attention of many viewers because of how Girls’ Generation’s Taeyeon shared her distress following a previous incident at the airport in Jakarta involving an immense crowd.

It is assumed that SM Entertainment had strengthened security measures since Taeyeon’s unfortunate incident.

Many expressed their approval towards SM’s improved security. There were comments such as, “Safety is first,” and “It should have been like this from the beginning.”

Irene was able to make it safely to Jakarta for KBS2’s “Music Bank in Jakarta” recording. She served as the special MC for the show along with Park Bo Gum. The concert is set to air at a later date.