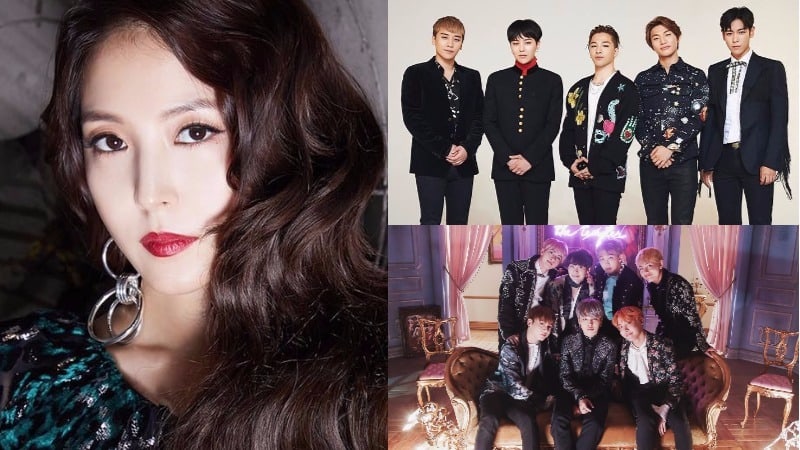 BoA, BIGBANG, And BTS Top List Of Idols Who Brought Success To Their Companies

A survey was conducted by DC Inside and My Celebs where people were asked, “Which idols brought success to their companies?”

BoA took first place by garnering 2,879 out of 8,274 votes (34.8 percent) over the one-week period of voting. She debuted in Korea in 2000, and then in Japan in 2001. BoA has been since active in both countries, being called “Asia’s Star.” It has been said that she is the artist who blazed the trail for SM Entertainment artists to enter foreign markets.

Coming in second was BIGBANG, taking 1,216 votes (14.7 percent). Debuting in 2006, the group has become icons in not only music but in many other arenas such as fashion as well. Many believe that YG Entertainment was able to climb as one of the top entertainment companies in Korea because of BIGBANG.

Third place went to BTS, with 930 votes (11.2 percent). BTS is receiving both national and international attention, especially after becoming the first K-Pop group to win a Billboard Music Award. Due to their popularity, their agency BigHit Entertainment is soaring as well.

Other artists that followed in the survey were IU, GFRIEND, INFINITE, and MAMAMOO.

BTS
BIGBANG
BoA
How does this article make you feel?