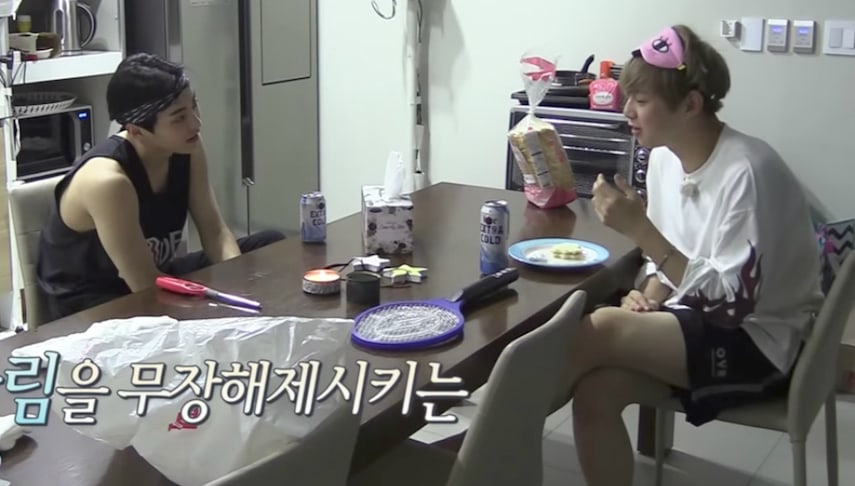 EXO member Xiumin finally arrived at the “homebodies’ dormitory” on the September 4 episode of MBC’s “It’s Dangerous Beyond the Blankets.” Xiumin secured himself a spot on the show by admitting how big of a homebody he is, which was also confirmed by his fellow EXO members. 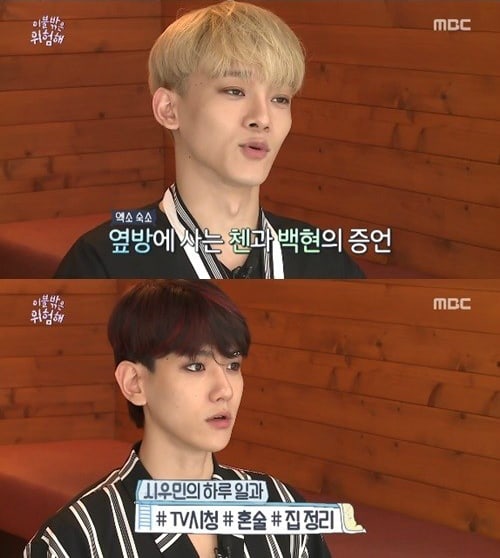 When Xiumin arrived and went into his room around 3 a.m., Wanna One member Kang Daniel was still asleep but immediately woke up when he heard someone enter his room. Still half-asleep, Kang Daniel shyly said hello, but after a double-take, he realized that his new roommate was EXO’s Xiumin, and quickly bowed on his knees. He got up, bowed again at a 90-degree angle, and properly introduced himself as Wanna One’s Kang Daniel. 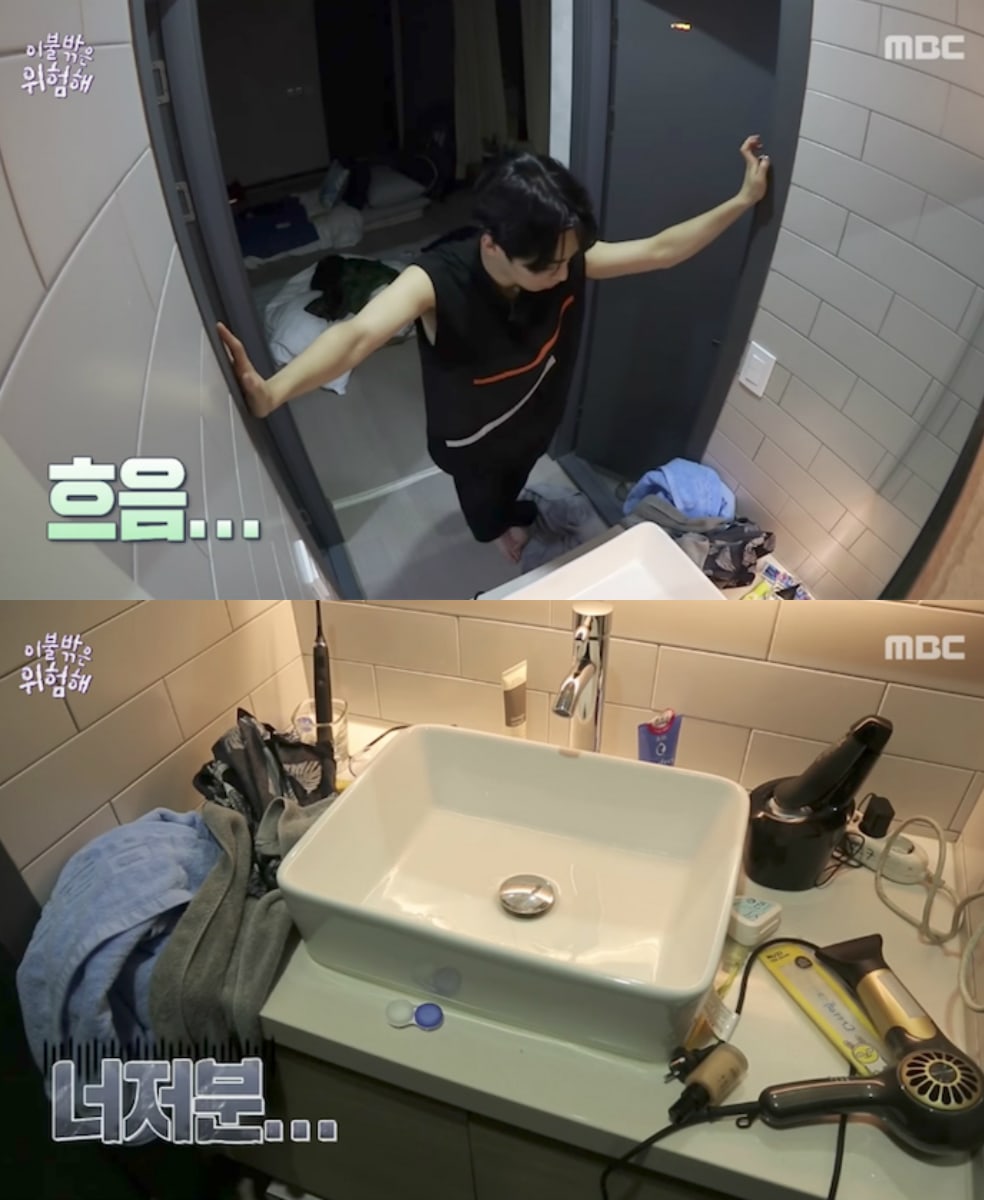 Xiumin looked around the room and saw Kang Daniel’s wet towels hanging around the room and dirty clothes on the floor, especially near the sink. After Kang Daniel left the room so Xiumin could shower, Xiumin started to tidy up the room. In the interview clip, Xiumin said, “When it’s not clean, I get stressed, so I should be the one to clean it myself if I hate to see [mess].” 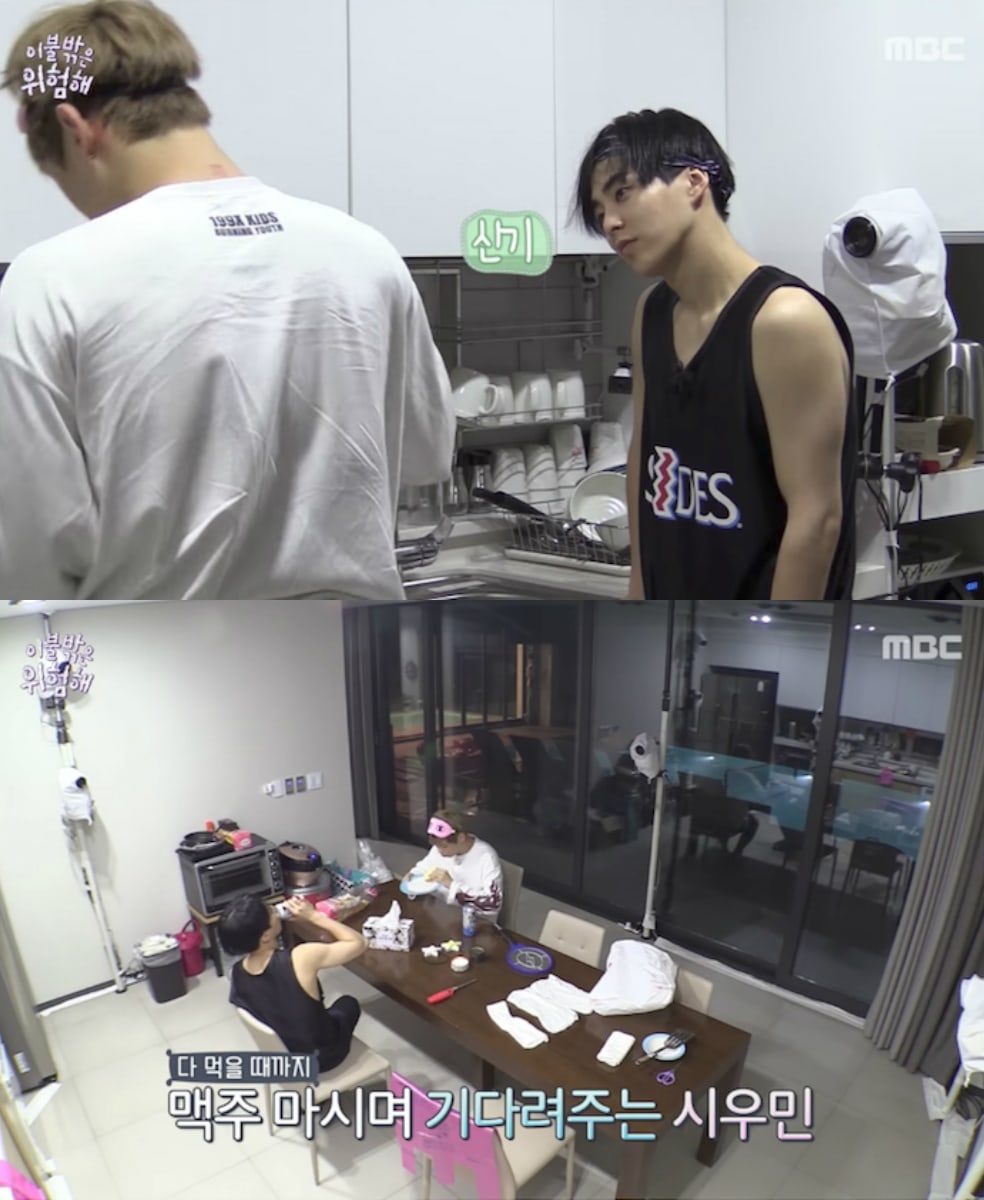 Afterwards, the two made their way down to the kitchen to grab an early morning snack. While Kang Daniel made and ate his toast sandwich, Xiumin kept him company while drinking a beer. Despite being past 4 a.m., Xiumin sat across Kang Daniel and looked at him smiling. In the interview, Xiumin said, “Honestly, I was tired but I didn’t want Kang Daniel to eat alone, so I stayed with him,” then added, “After watching him, he seemed very innocent and pure.”

Watch Xiumin and Kang Daniel get to know each other in the clips below!

EXO
Wanna One
Xiumin
Chen
Baekhyun
Kang Daniel
It's Dangerous Beyond the Blankets
How does this article make you feel?