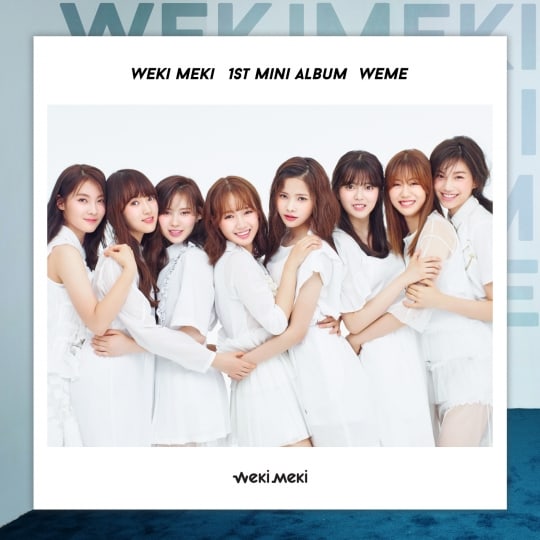 Weki Meki will be releasing a special “B” version of their debut mini album “WEME”!

On September 5, the girl group’s agency Fantagio announced the news, and explained that the new album would feature a more pure and innocent concept in comparison to the powerful “teen crush” image Weki Meki showed in the original “WEME” album.

A limited number of the “B” version of “WEME” will be sold, and the new version will include an interview, a collection of polaroids taken by the members themselves, as well as unreleased childhood photos.

Weki Meki is currently in the midst of promoting their title track “I Don’t Like Your Girlfriend” from this mini album.

The new “B” version of “WEME” is set to be released on September 12 KST.