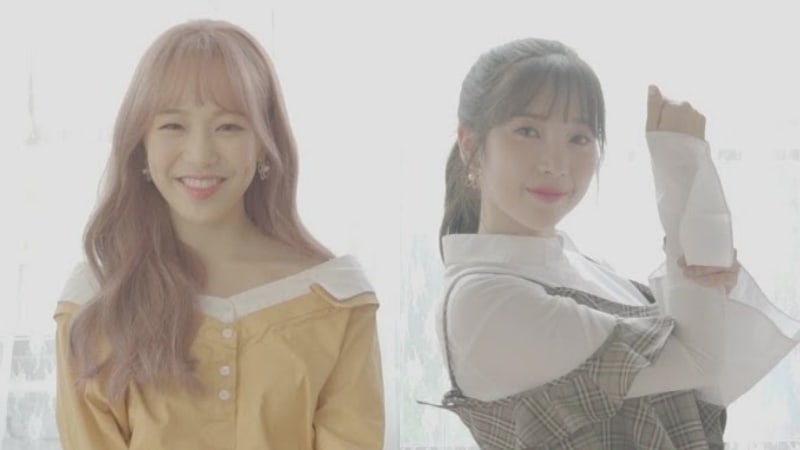 APRIL has now shared moving posters for members Rachel and Chaekyung. Check them out below!

After unveiling Chaewon and Jinsol’s, APRIL has now shared moving posters for Naeun and Yena!

With just a few days left until APRIL’s release, moving posters have been revealed for Chaewon and Jinsol!

APRIL has shared a new group photo ahead of their return with “Eternity”! 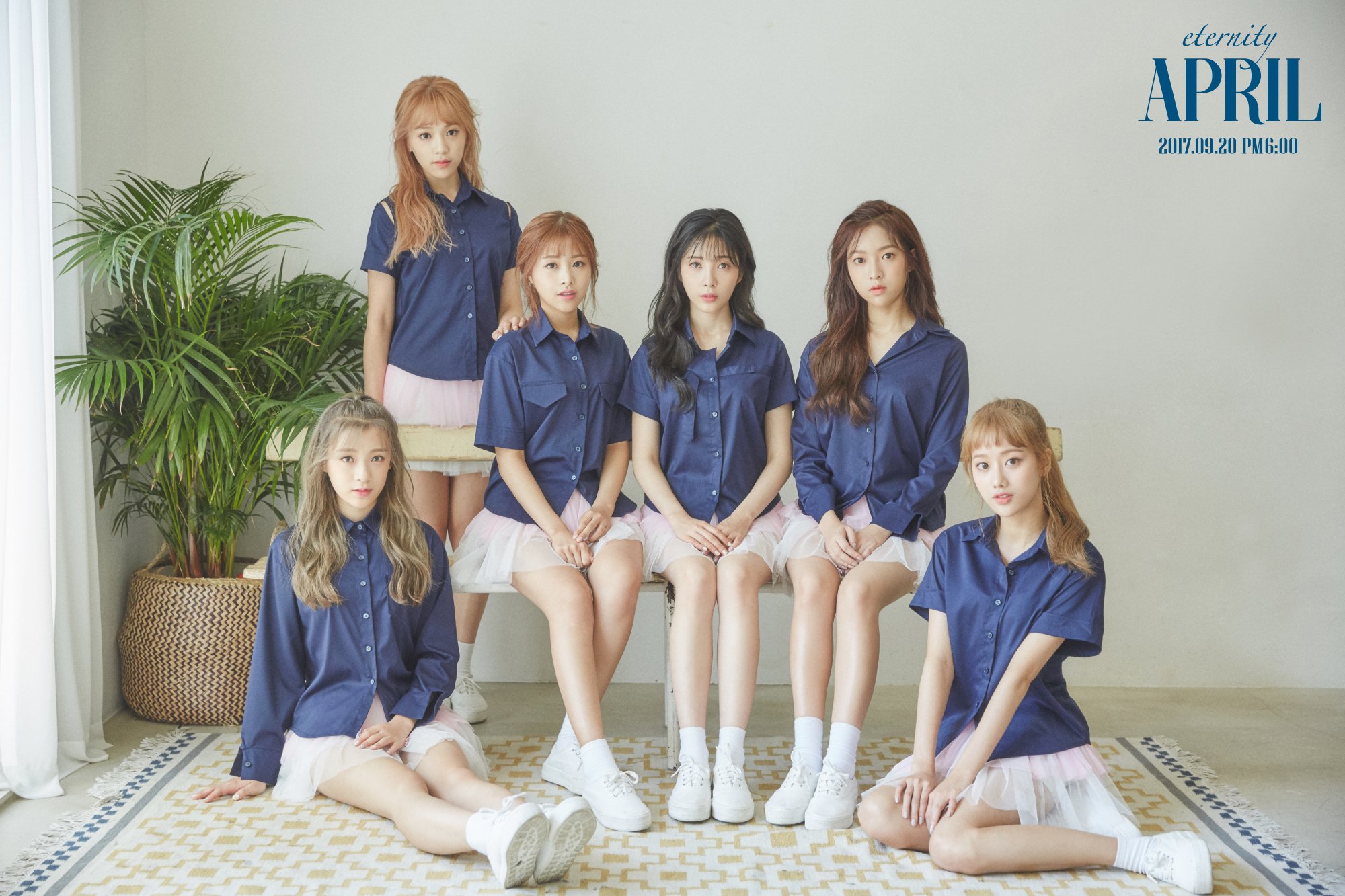 APRIL has revealed a new batch of lovely teaser photos for their new mini album “Eternity,” with members Rachel, Naeun, and Jinsol. 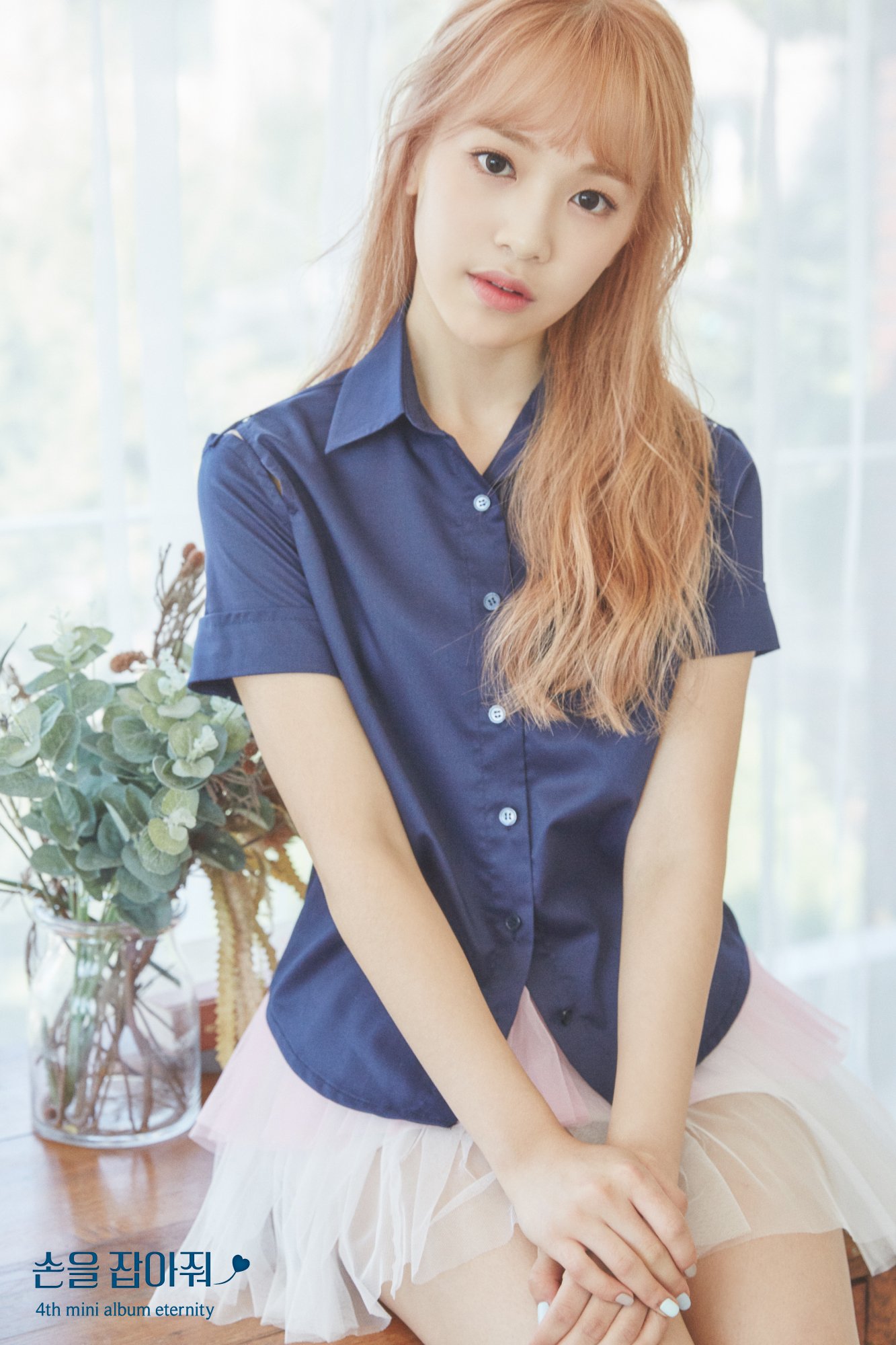 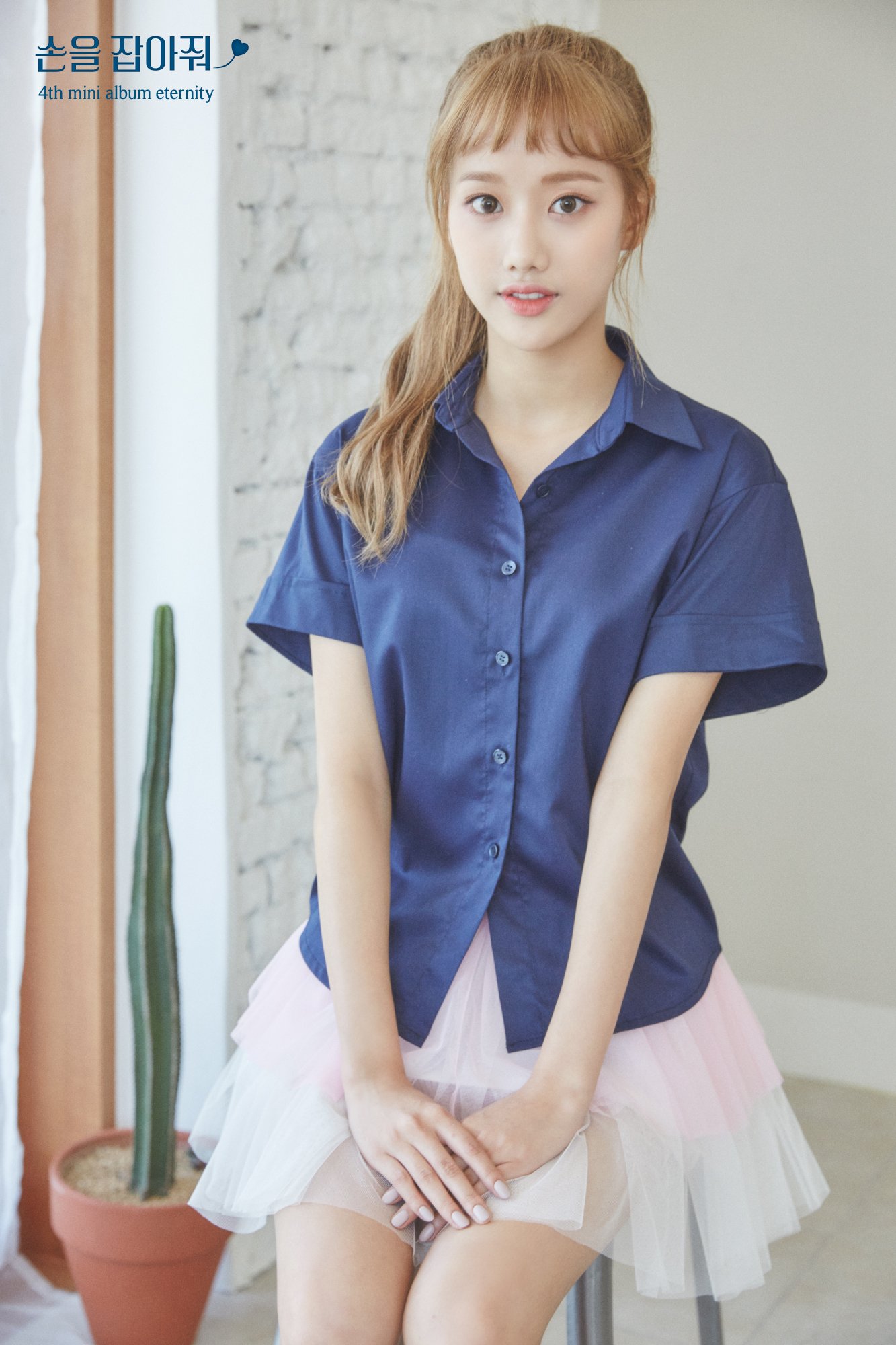 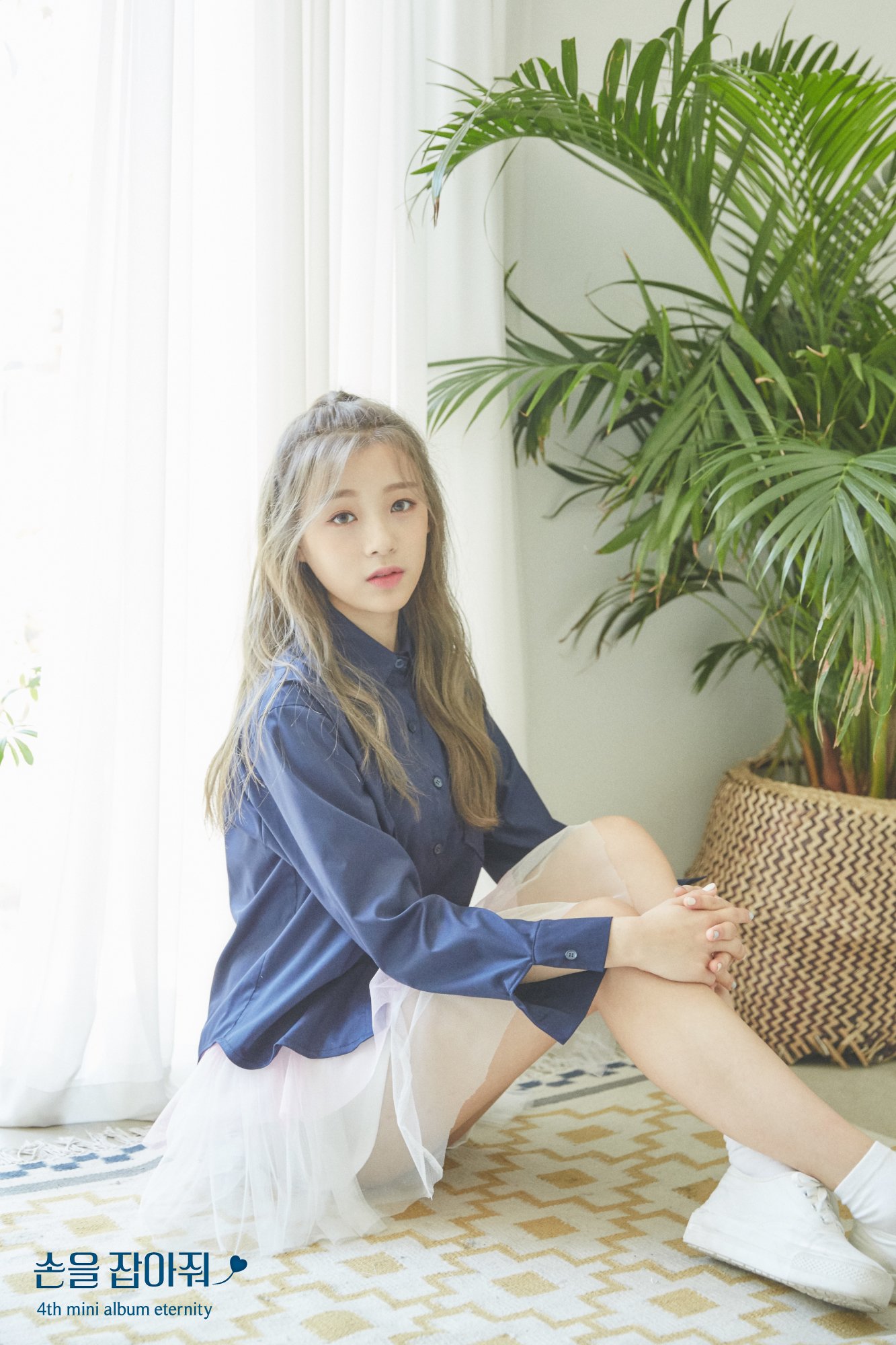 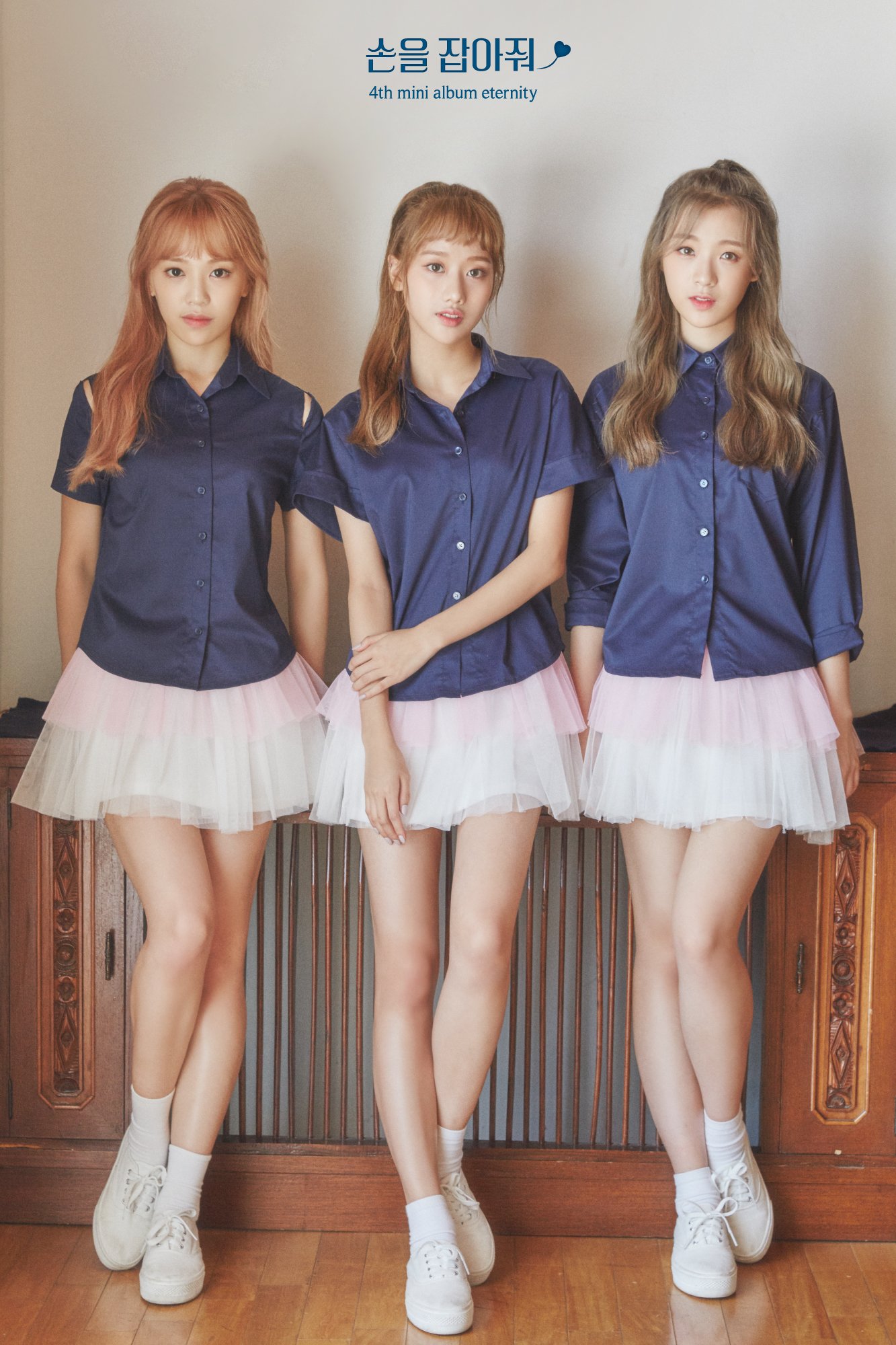 APRIL has shared some more teaser photos for their return, this time featuring Chaekyung, Chaewon, and Yena! 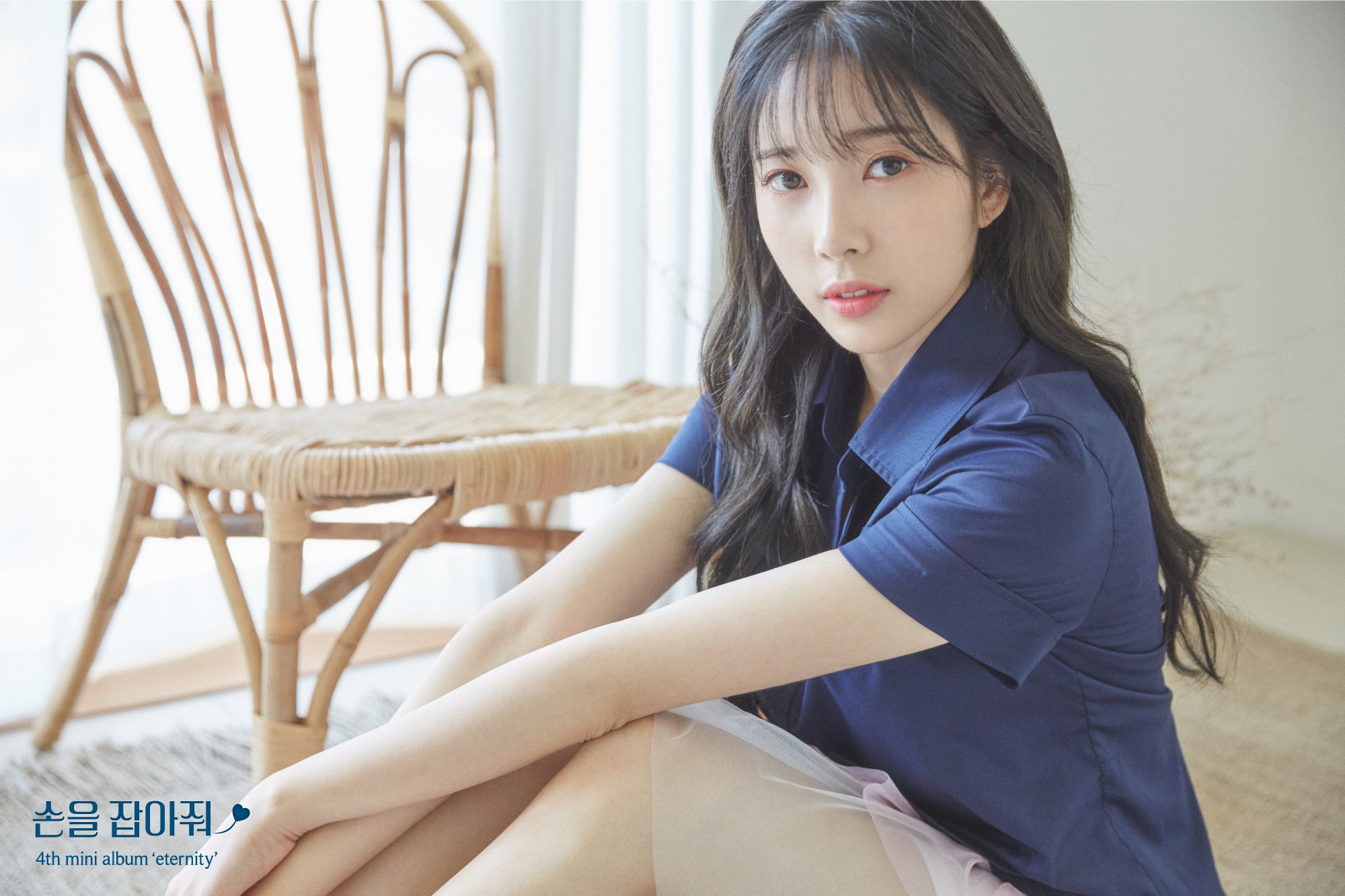 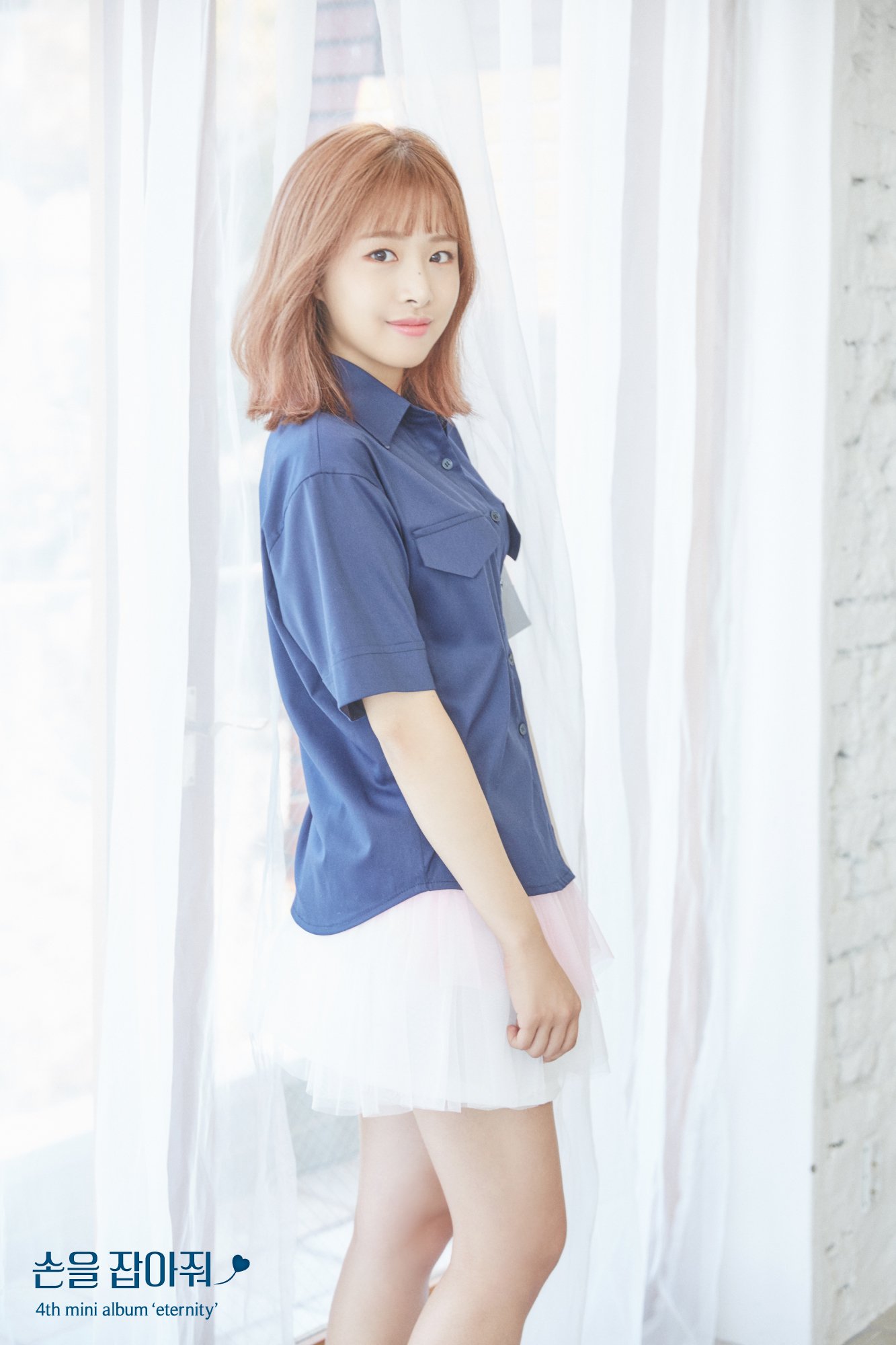 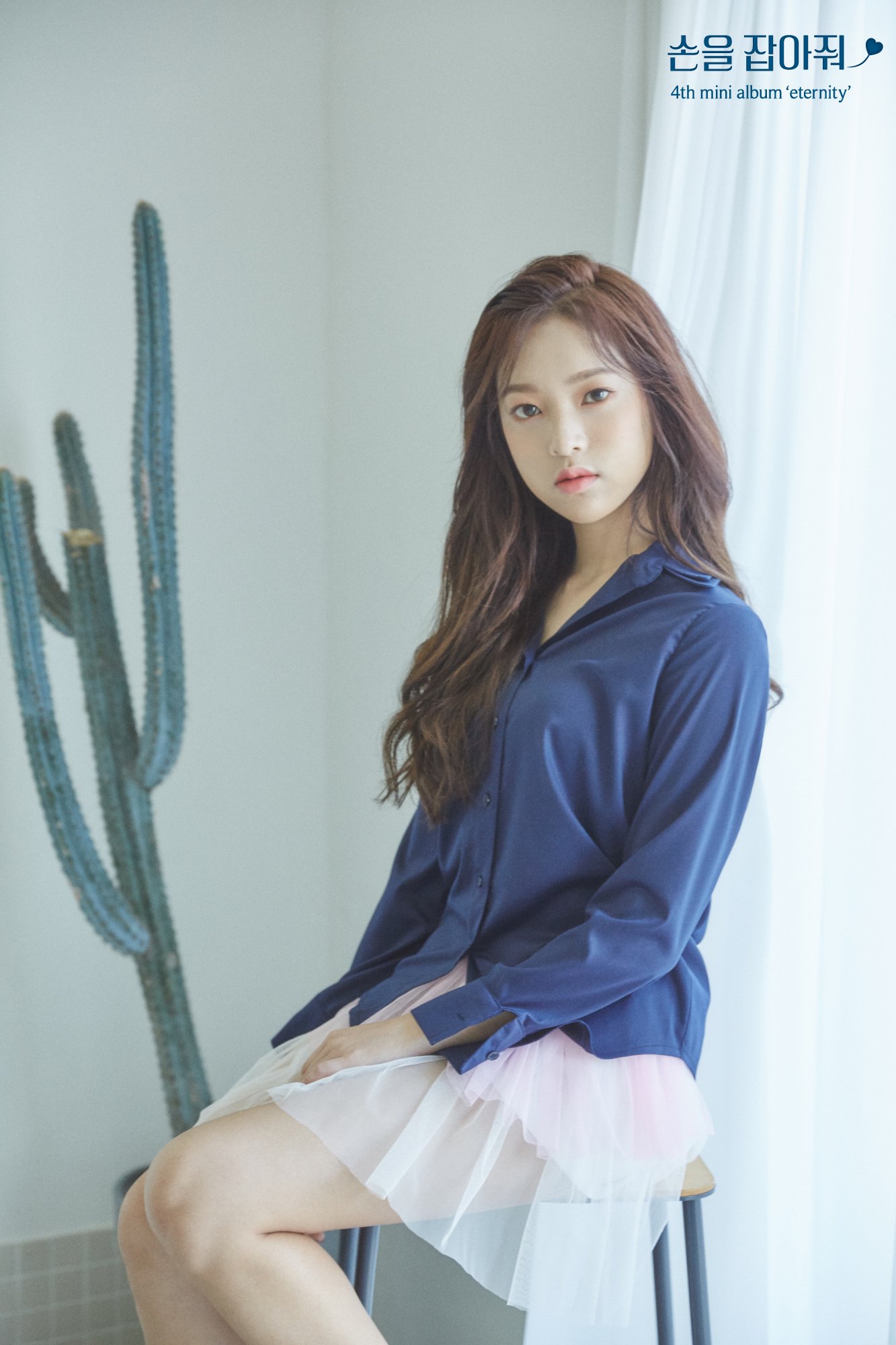 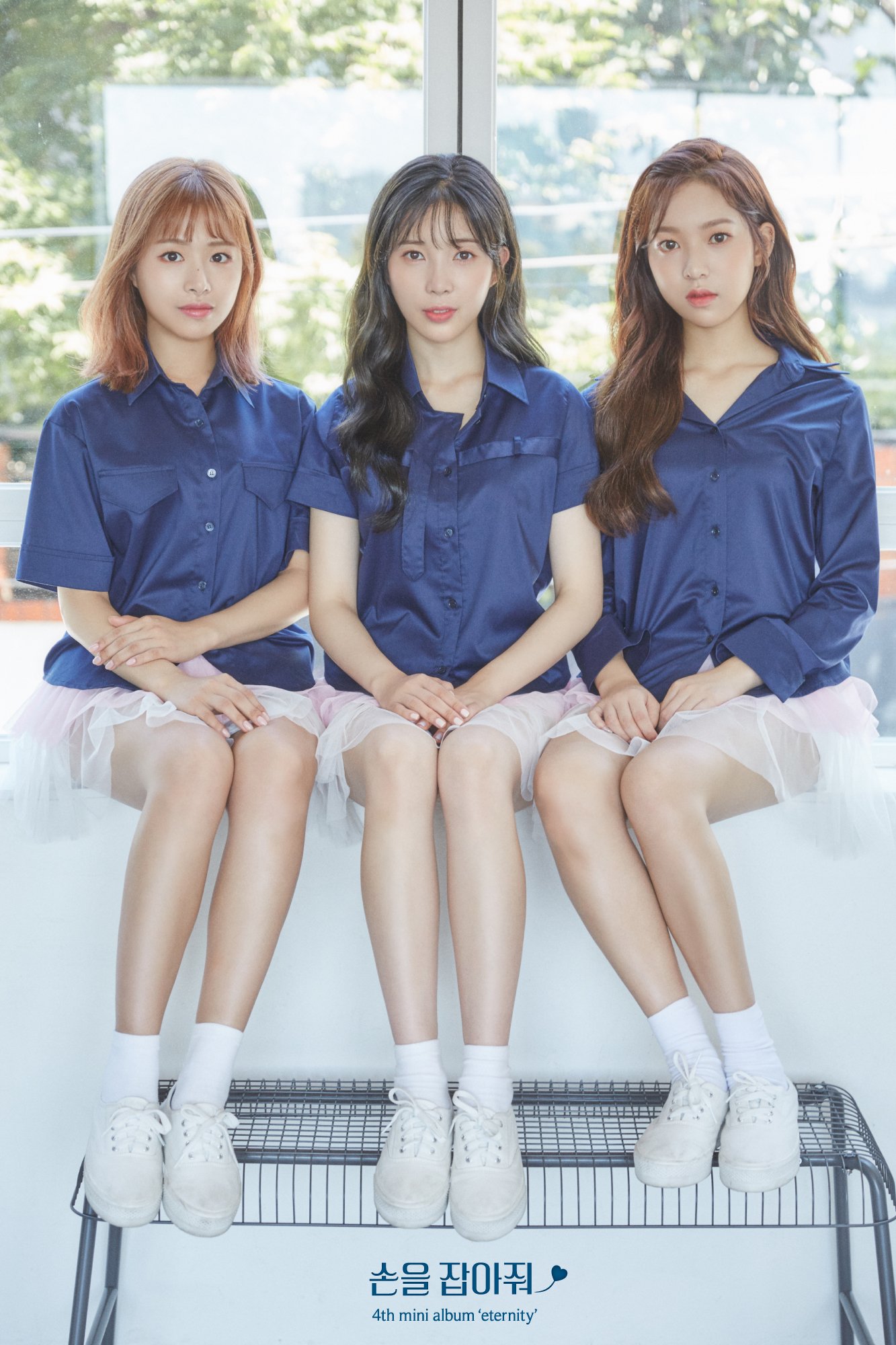 APRIL has revealed a lovely group photo of the members all in blue ahead of their return with their new mini album “Eternity.” 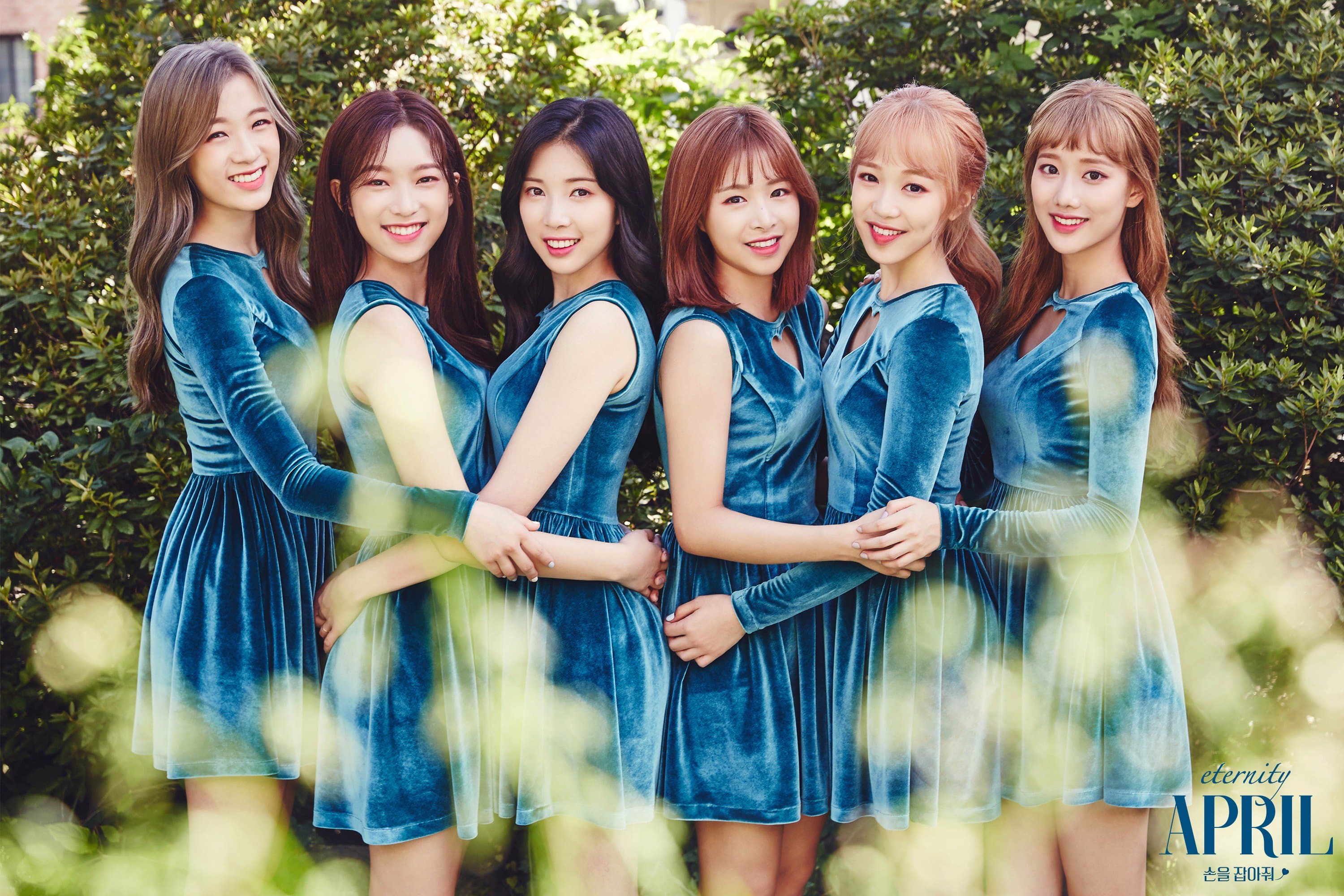 APRIL has released the first batch of individual “film” teasers!

APRIL has dropped the track list for their upcoming album, “Eternity!”

The mini album contains six songs, including title track “Hold My Hand” (literal translation). The other songs include “Thing” (literal), “Magic in Love,” “Hey Yo Hey,” “Tingling” (literal), and “Can I Love You” (literal).

“Eternity” is slated for a September 20 release. 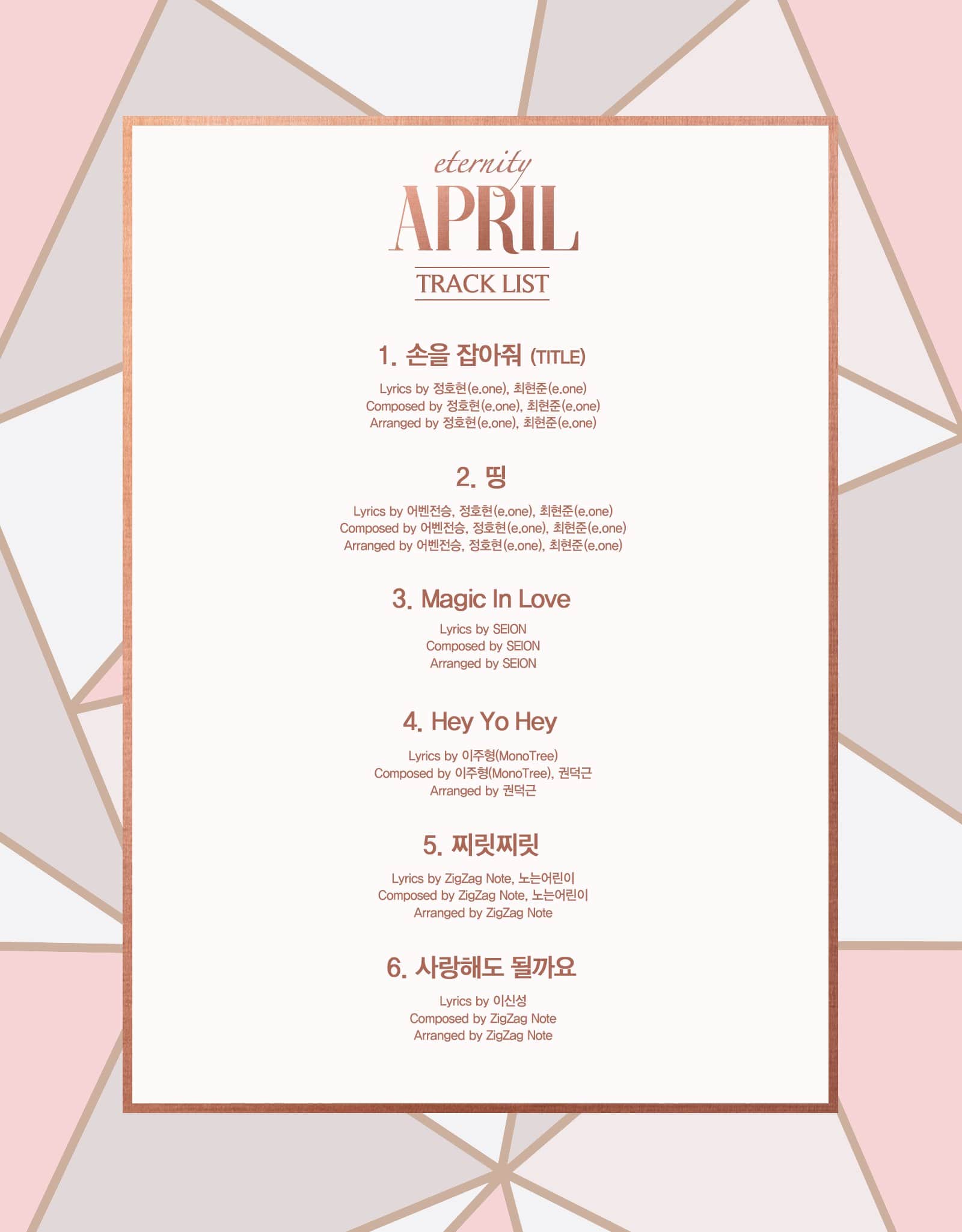 APRIL has shared some unit photos ahead of their comeback with “Eternity”! 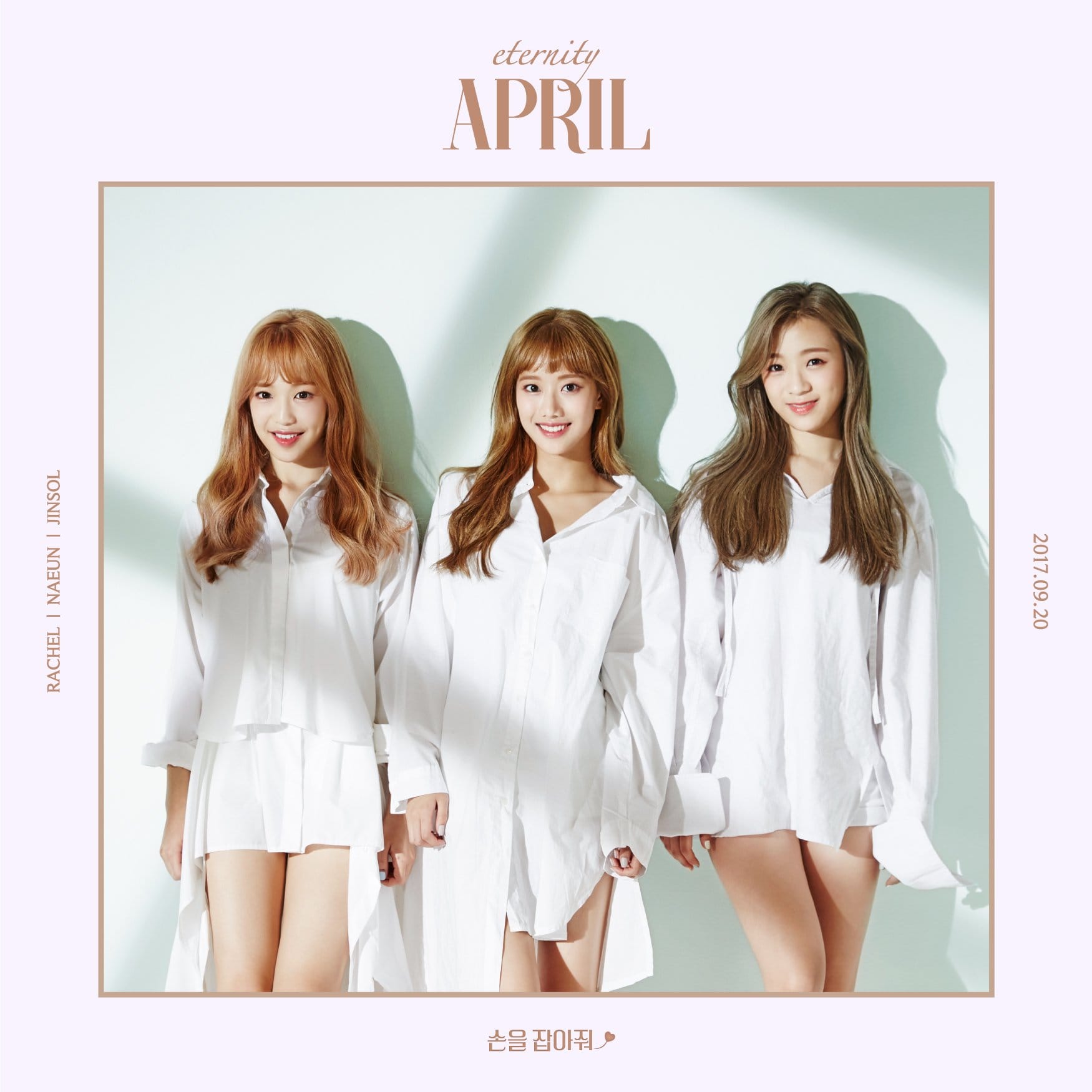 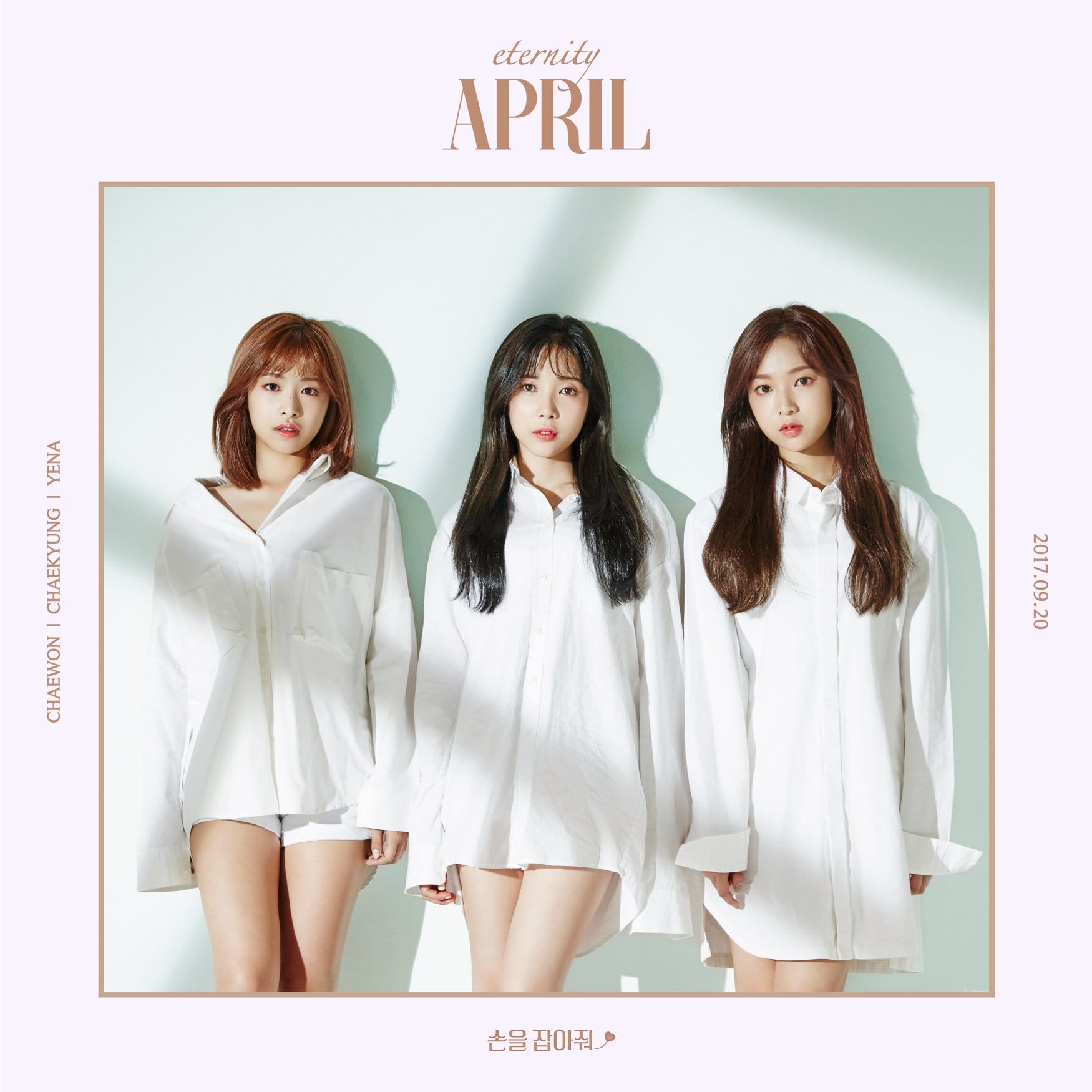 APRIL members Yena, Rachel, and Jinsol feature in new teaser photos for their return with “Eternity”! 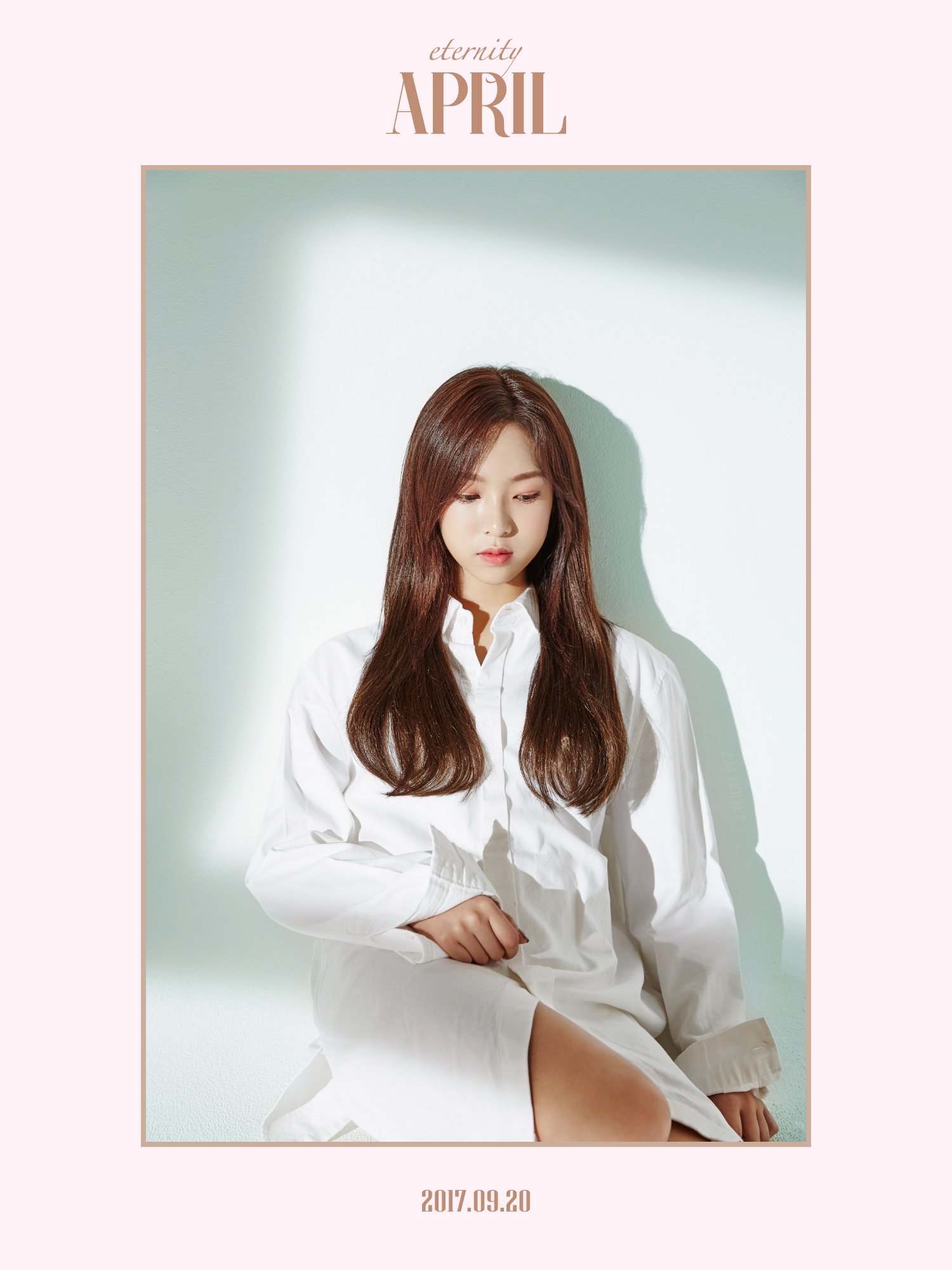 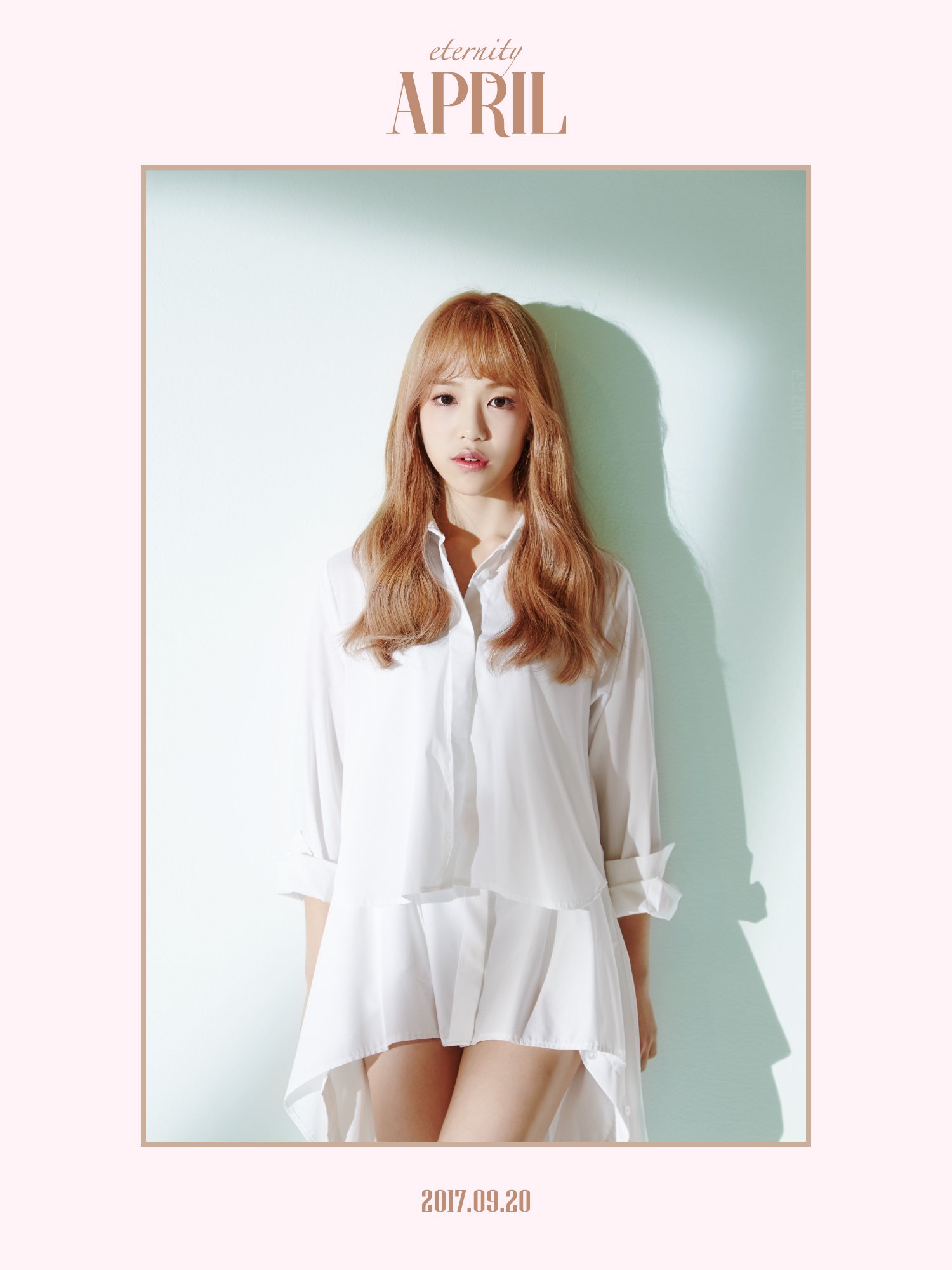 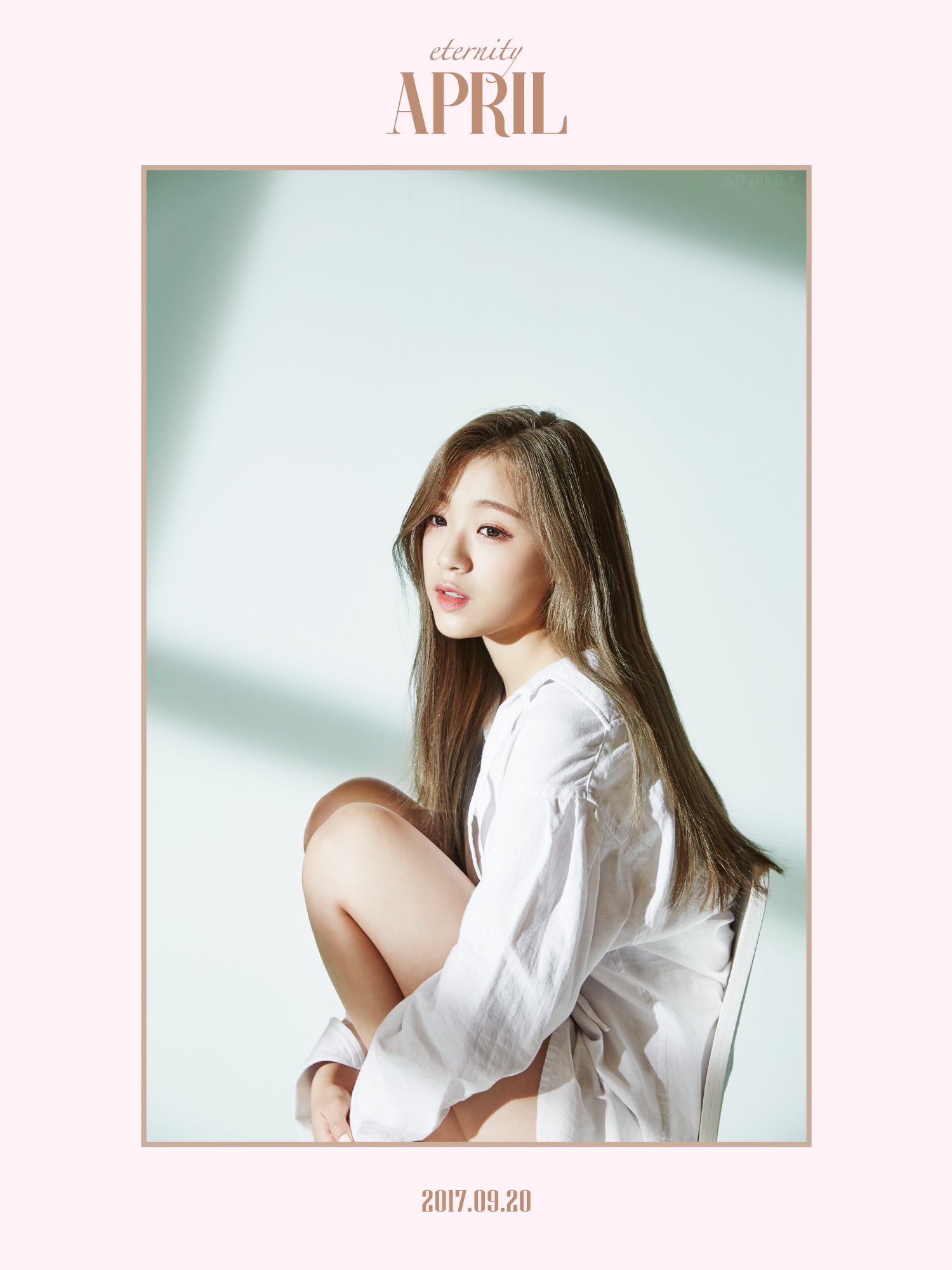 APRIL has shared the first teaser photos for their comeback, featuring Chaekyung, Chaewon, and Naeun! 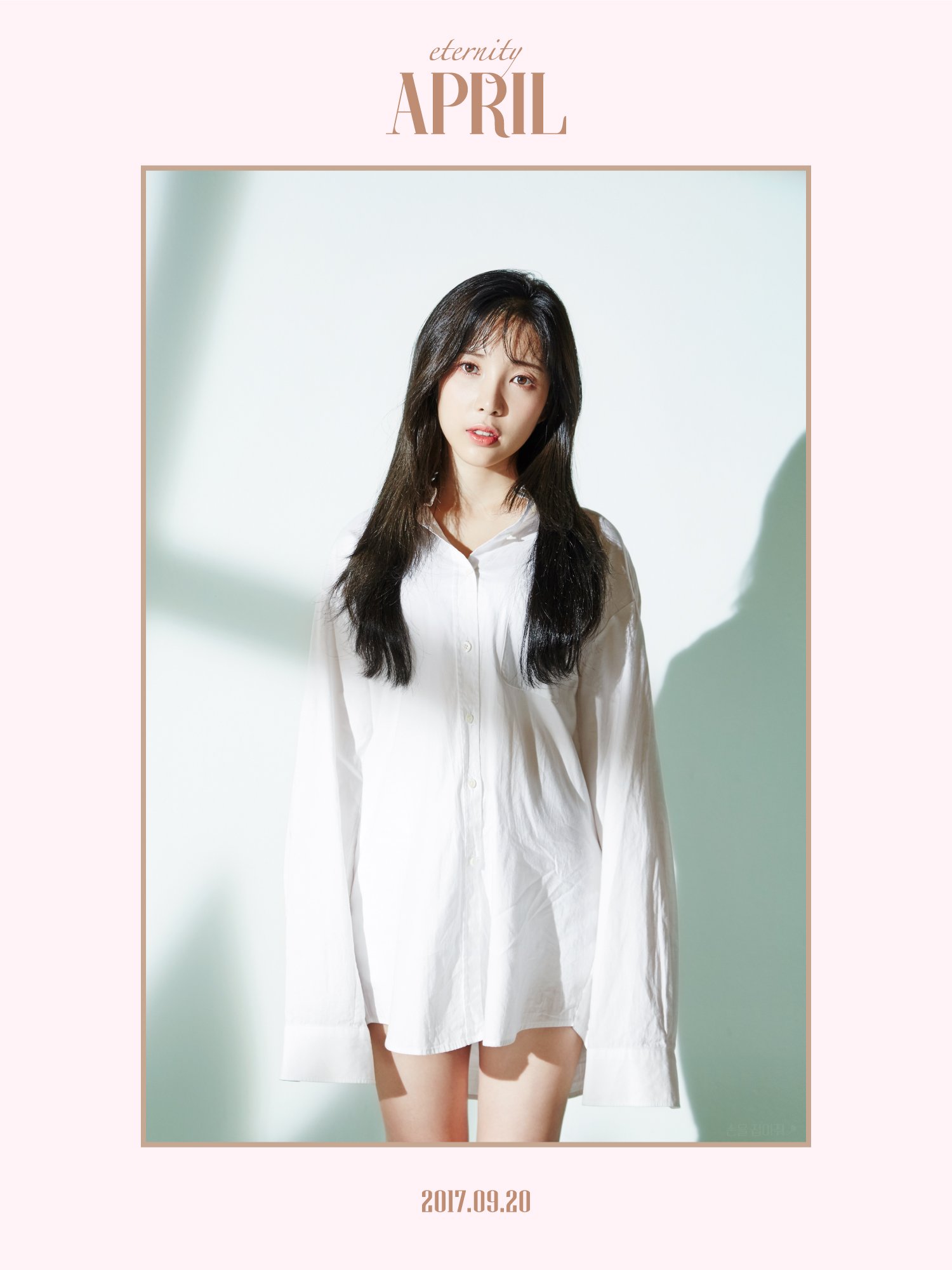 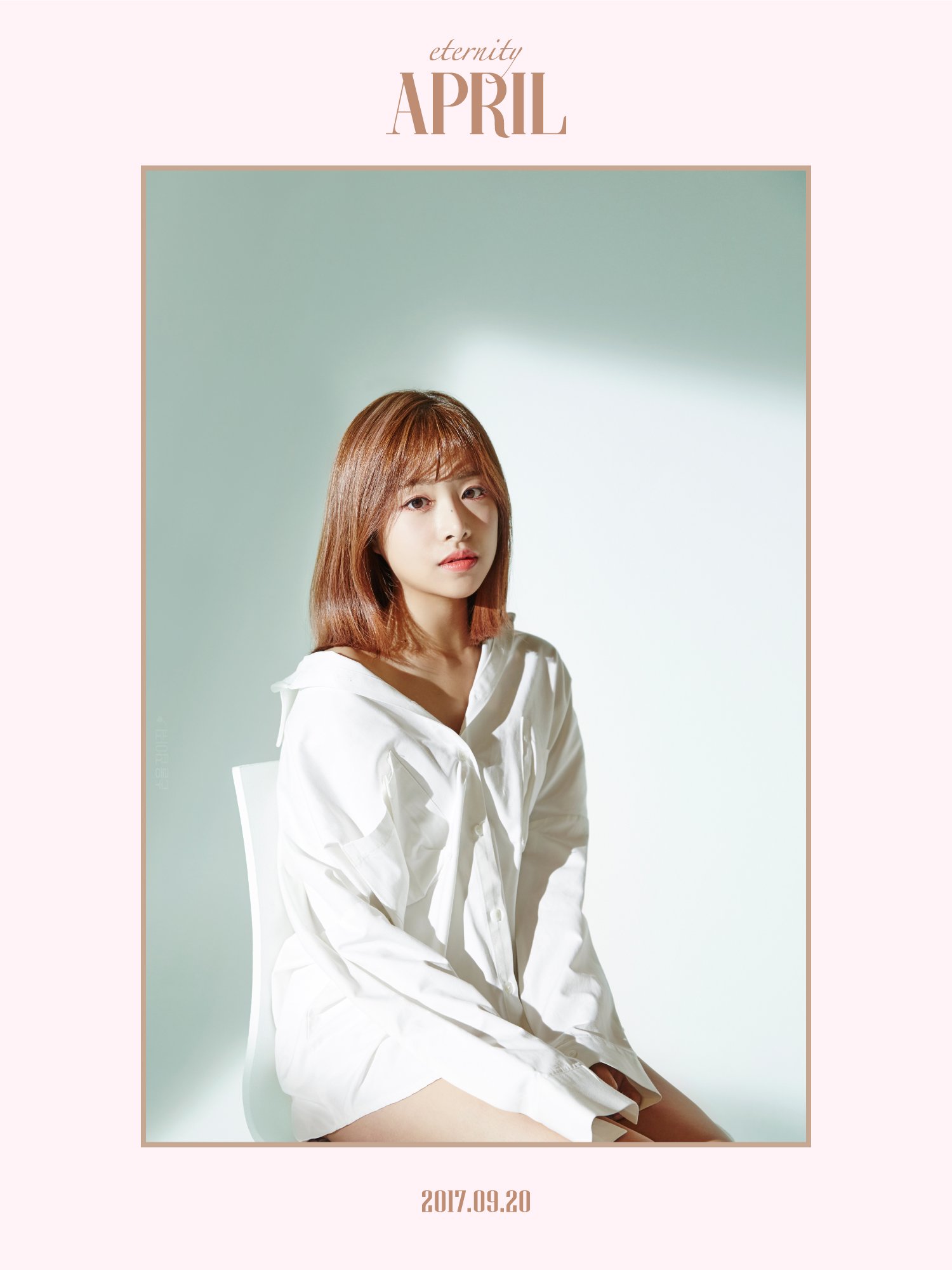 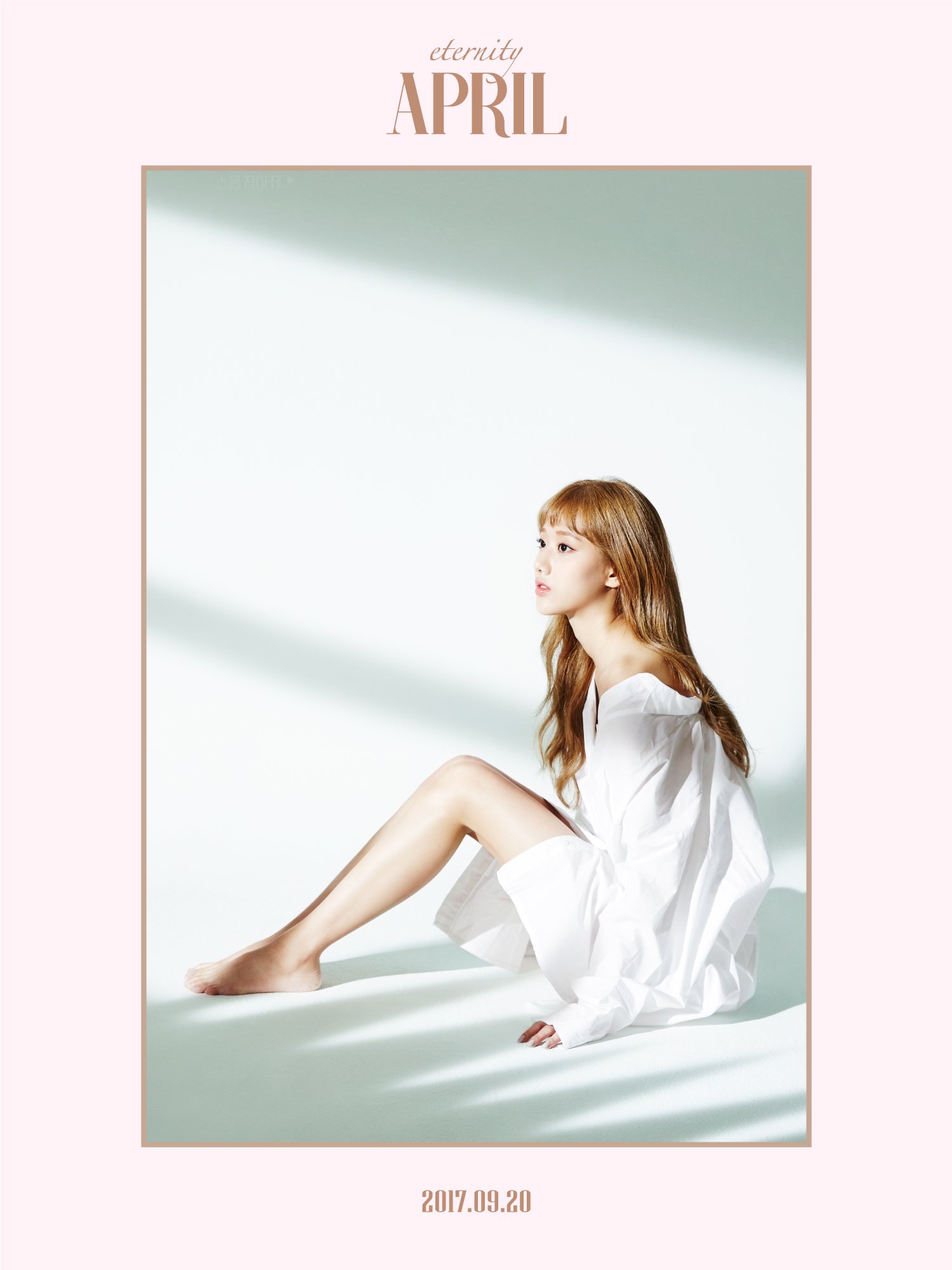 APRIL has shared some details about their upcoming return!

On September 6 at midnight KST, APRIL shared a teaser photo for their upcoming release entitled “Eternity” via Twitter. Their new release is due out on September 20.

The tweet includes the hashtags, “Coming up,” and “You’ve waited a long time, right?”

APRIL is housed under DSP Media and made their debut in 2015. They most recently released the single “MAYDAY” in May.