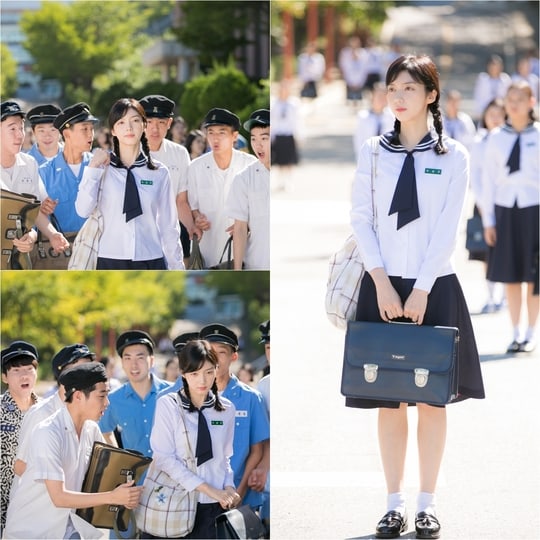 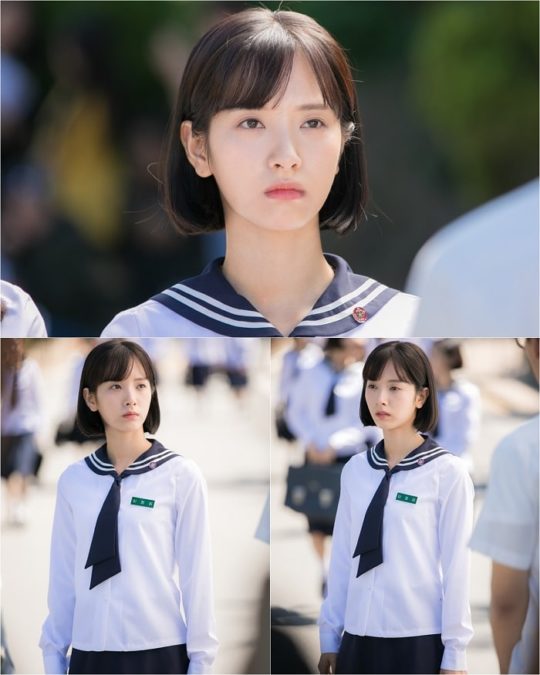 The vintage school uniforms reflect the 1970s setting of the drama, with green acrylic name tags, sailor collars, and school badges. However, both girls look serious and even cold, suggesting that they may be facing trouble at school. In Chae Seo Jin’s case, she is surrounded by a crowd of young men that she studiously ignores. 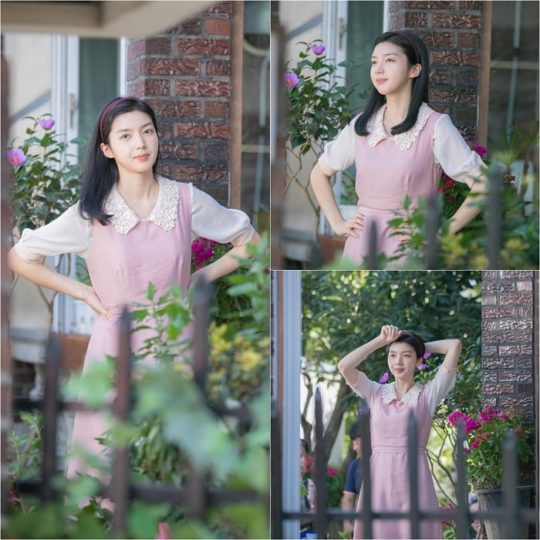 In a more lighthearted still, Chae Seo Jin is photographed in a ’70s dress, looking like she is waiting for someone on her doorstep.

“Girls’ Generation 1979” tells the story of three high school girls in their youth and airs its first episode on September 11.