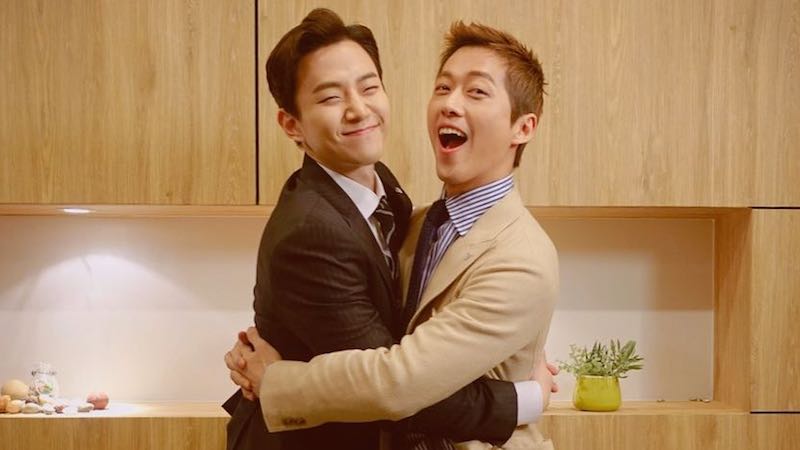 It looks like the bromance is still going strong!

2PM’s Junho supported his former “Chief Kim” co-star Namgoong Min by sending a coffee truck to the set of his latest drama “Distorted.”

On September 6, Namgoong Min shared a proof shot alongside the caption, “#Thank you, Mukso. #Eat this waffle, Junho. #Ah~ #I love.”

Mukso, which is short for “eating sociopath,” was the nickname of Junho’s character in “Chief Kim.” The photo shows Namgoong Min holding up a waffle to a picture of Junho, and the banner on the coffee truck reads, “Min, good luck with the rest of filming, and hwaiting to the staff!”

Meanwhile, you can revisit some of this bromance between Junho and Namgoong Min by watching the drama “Chief Kim” at the link below!