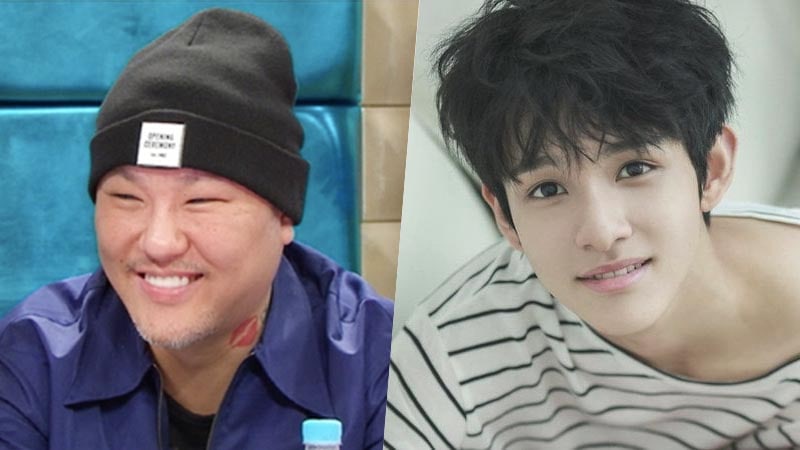 Producer Brave Brothers recently sat down for an interview, where he talked about his company’s solo artist Samuel.

Brave Brothers expressed his confidence in Samuel, saying, “I’ve always had confidence in Samuel since the beginning. Last year, we had worked on tracks regardless of his appearance on ‘Produce 101 Season 2.’ We originally had a plan for him to release a single once a month. But because the public’s interest in him grew after ‘Produce 101 Season 2,’ we released his mini album and are planning to drop a studio album now.”

He also shared how he first met Samuel, saying, “By chance, I was drinking alcohol alone in a food stall when I saw him walking with his mother. He was a 10-year-old boy wearing a New Era cap and he had so much swag. He left such a big impression on me that I ran after him. But Samuel was preparing to go to the U.S at the time. So I told his mother to contact me later. Then a few months later, they contacted me and he came into our company as a trainee.”

When asked about Samuel’s possible plans to promote overseas, Brave Brothers replied, “There definitely are [plans]. Of course he will be concentrating on promoting in Korea, but he is planning on having showcases and concerts in China, Japan, Vietnam, and Singapore. I think what’s more important is that he continues to release good music so that the fans will continue to expect good things. I think that’s my job.”

Brave Brothers
Samuel
How does this article make you feel?