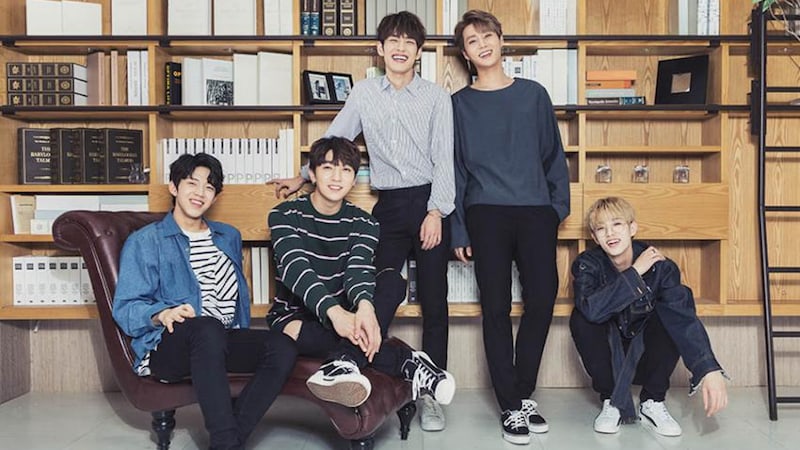 DAY6 recently held a V Live broadcast where they hosted a party for their 2nd debut anniversary.

During the broadcast, which took place on September 7, DAY6 reminisced about the greatest moments in their 2-year career. 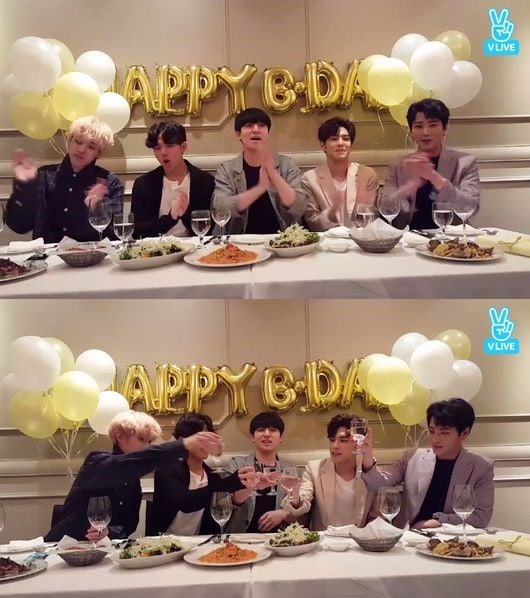 Jae said, “The special stage on ‘K-Pop Star’ is the most memorable. After we finished the performance, we looked up the news headlines. My heart warmed at the thought of returning to a program that had given me the chance to enter the music industry after six years.”

Wonpil said, “Park Jin Young’s expression left an impression on me. We were really nervous after the concert ended but he was up front listening and feeling the music, so it gave us strength.” He also picked the release of their first studio album as one of the most memorable moments.

Leader Sungjin said, “The birth of our fan club was the most memorable. Before then, we would just call them ‘fans’ but I like that they have a name now.” Young K said, “We’ve talked about the Dongguk University festival before, and the time we did vampire makeup was also memorable.”

Dowoon picked the time when Sungjin appeared on “Duet Song Festival.” “I didn’t feel jealous at all and instead got goosebumps,” he said. “I watched it myself, feeling proud. I was very proud of him. Watching him put on a cool performance by himself on stage made me think I needed to work hard myself.”

DAY6 recently topped charts around the world with their latest monthly release and will be performing at various festivals in September.