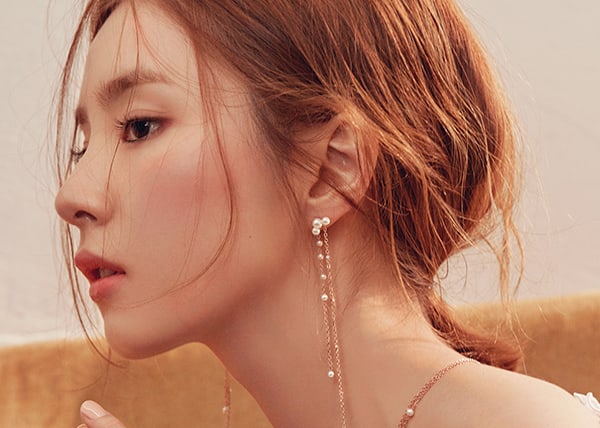 Shin Se Kyung talked about acting in the drama “Bride of the Water God” in a recent interview.

In the drama, Shin Se Kyung portrayed a romantic relationship with her co-star Nam Joo Hyuk. The refreshing love between a god and a human, and the chemistry between the two actors left a favorable impression. The romance between the two protagonists in the second half of the drama especially shined, and their kiss scenes and displays of affection made many viewers’ hearts flutter.

When asked what she gained from this drama in a recent interview, Shin Se Kyung replied, “I’m not sure if I developed in terms of acting. However there are many lessons I learn in every drama that I do. The same goes for this drama. Just like the other dramas, I learned wisdom. It was an opportunity for me to think about my original intentions. I saw the pure passion and efforts made by my co-stars and self-reflected.”

Ever since Shin Se Kyung had been acting from her childhood days, there were many times she had been the youngest actor. However, this time, many of her co-stars were younger than her, which she was both excited and worried about. However, after working with them, she realized that there had been nothing to worry about after all. She commented, “They were already wonderful actors. I was embarrassed for having such thoughts in the first place.”

Shin Se Kyung admitted it was her first time having a younger man as a partner and said there were many times she had been moved by Nam Joo Hyuk. She revealed, “Usually it takes a lot of energy in the scenes when it’s just you and your partner. However, Nam Joo Hyuk even shed tears while working with me in the emotional scenes. It’s not easy to cry during your partner’s emotional scene. I was shocked to see him acting more seriously than I was.”

Shin Se Kyung also mentioned her phobia of water. She admitted she can’t handle having to hold her breath under water due to her trauma of almost having fallen in the water once. It wasn’t easy for her to overcome her phobia. In one of the scenes, she had a hard time because the amount of water grew overtime. She confessed, “I still don’t remember how I acted that scene.”

When complimented about how she reached the prime of her beauty, she expressed her gratefulness and admitted she loves to eat. She stated, “Before I film a drama, I have to control what I eat. Once I start filming, I can’t even dream of controlling my diet. There’s a lot of energy I have to use. That’s why I try to eat healthy foods. Also, I make an effort to do pilates daily.”