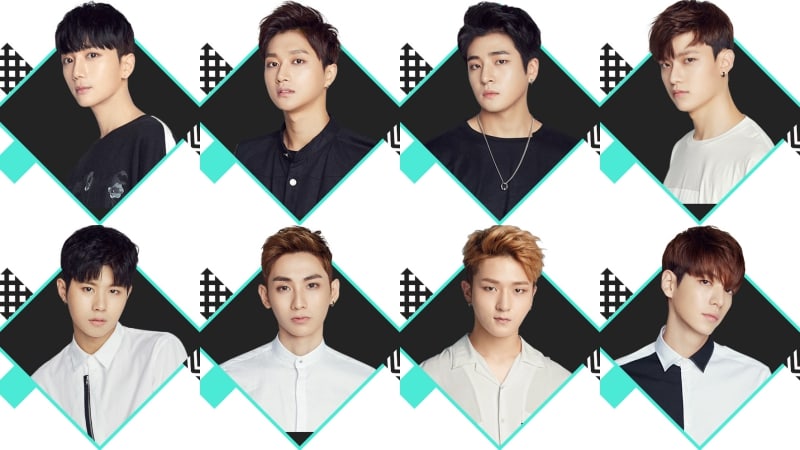 After sharing hints about this through social media, the final eight members from BOYS24 have an official group name!

On September 9 at 9 a.m. KST, their official Twitter account shared a video that revealed their brand new name and logo for debut. Pronounced “in-tu-it,” their group name IN2IT comes from the phrase, “into it,” as well as the beginning of the word, “intuition,” which means to understand something instinctively. Combining these two, IN2IT stands for how people will intuitively fall for the members and be “into” them.

Their agency MMO Entertainment has stated that they are aiming for a fall debut, and the members of IN2IT have been preparing for their album as well as music video.

There are four total pictures, and they all appear to be hand-drawn by one of the members, as the last drawing says “By JYT,” most likely standing for Jeong Yeontae.

BOYS24 confirmed their final members for debut last month. They are, Hwang Inho, Jeong Yeontae, Kim Jinsub, Kim Sunghyun, Yoo Youngdoo, Issac, Lee Inpyo, and Han Hyunuk. While Jin Sungho made it into the final nine, he announced his mutually-decided leave from the group, and addressed his fans with a personal letter.

What do you think these pictures mean?

*An earlier version of this article displayed an incorrect photo of the final eight members.

BOYS24
IN2IT
How does this article make you feel?