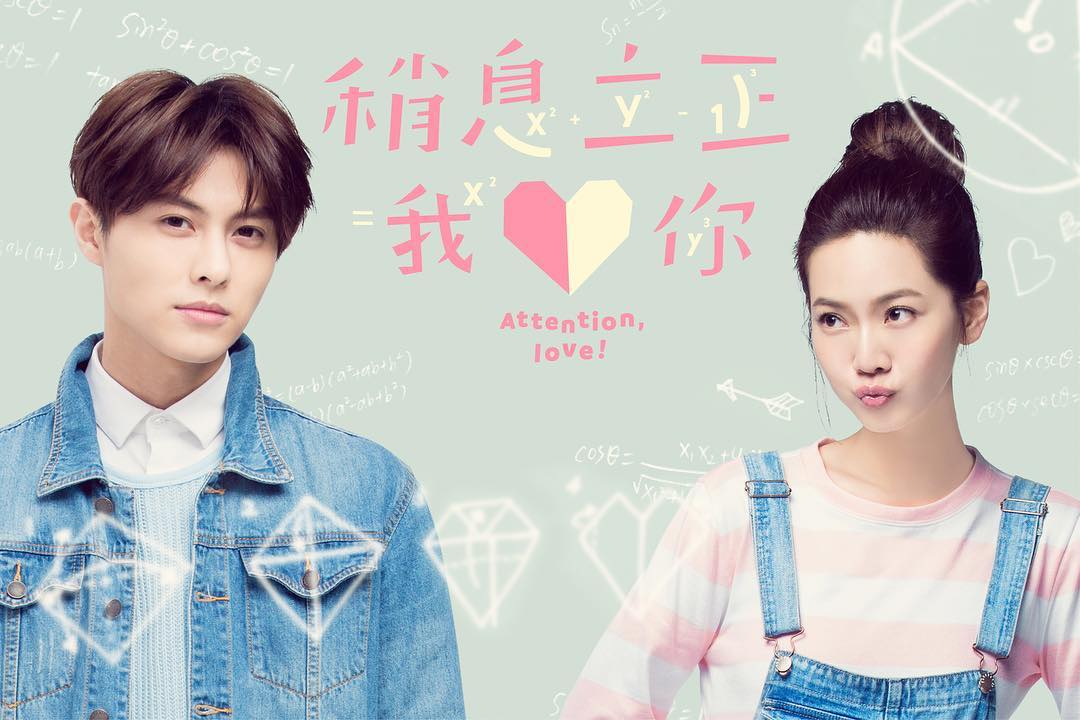 A Beautiful Portrayal Of Youth: 5 Reasons To Check Out “Attention, Love!”

Wang Zi plays Li Zheng, which sounds like “attention” in military vocabulary, and Joanne Tseng plays Shao Xi, which sounds like “at ease.” They both grow up embodying and living true to their names: Li Zheng is a diligent man who pays extra attention to everything around him, while Shao Xi is much more laid back and carefree. Li Zheng meets Shao Xi for the first time in high school in Taiwan after growing up in Japan and eventually moves in with her family during his stay.

Now, I’ve watched plenty of high school dramas over the course of my life, but “Attention, Love!” really connected with me on a deeper and emotional level. I went in watching this drama with low expectations thinking it would probably be the same old love-hate type of storyline. However, I’m always glad to be proven wrong when it comes to dramas. Here are the top six reasons why you should watch the drama! 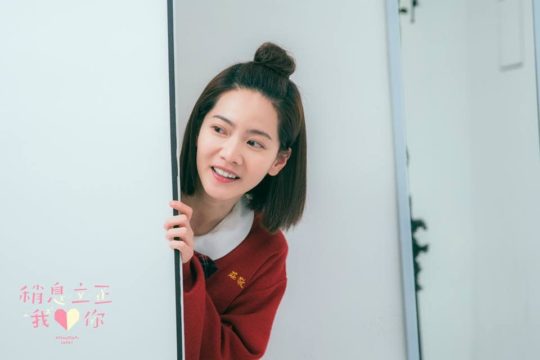 I absolutely adore Zhong Shao Xi because she’s such a refreshing female leading character. Her straightforward personality is really admirable, as she’s really honest and direct with her feelings. She’s really kind, but when people start to push her too far, she isn’t afraid to fight back both physically and verbally. It totally makes sense why she’s the “boss” of her school and everyone refers to her as Zhong Ge (Older Brother Zhong).

Shao Xi’s story really reminds me of my own experiences in school. Her experiences relate to youth struggles of first love, the desire to make your parents feel proud, the struggle to keep up with school, and overcoming embarrassing situations, which are relatable for many of us!

Joanne does a brilliantly respectable job of portraying a 17-year-old despite the fact that she’s turning 29 this year. She is really believable as a young high school girl who’s experiencing her first crush on a guy as well as all the emotional roller coaster rides that come with it. Shao Xi has a lot of spunk, and despite being more of a tomboy, she’s quite feminine and fragile on the inside. She’s not annoying at all like some female leading characters who are portrayed as weak, and I find myself always cheering her on. 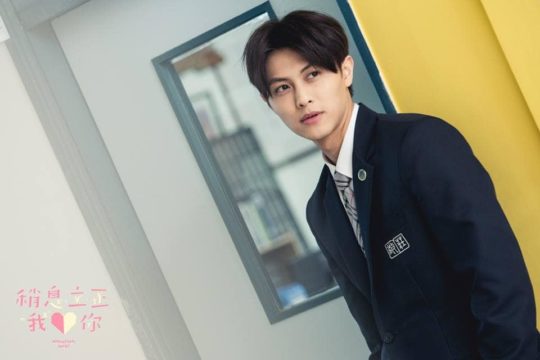 As for actor Wang Zi, his character Yan Li Zheng is a really intriguing character and truly relatable in many ways. Yan Li Zheng made me realize how much we take our families and childhood for granted sometimes. Why? Because we were able to learn how to differentiate love for family, friends, and lovers by growing up around family and friends. For Li Zheng, however, because his parents died in a car accident when he was young, he doesn’t have family or close friends to help him experience different kinds of love. Instead, he becomes a very closed off person with PTSD (post-traumatic stress disorder).

Without having family or any friends growing up, it’s easy to see why he doesn’t recognize his feelings for Shao Xi as a romantic love rather than that of friendship or familial love. Although Li Zheng doesn’t say much, he’s a total sweetheart. He’s always there for Shao Xi when she needs it and tries his best to protect her. He not only takes care of Shao Xi but her parents as well. Hubby goals right there!

Okay, now let’s be real. I’m pretty sure a lot of us started to watch this drama because of Wang Zi. Come on, look at that face and those gorgeous brown eyes. Wang Zi is also in his late twenties; 28 to be exact. He and Joanne look so young for their age! Other than his ’90s-styled middle part hair, I adore Wang Zi and his character so much. 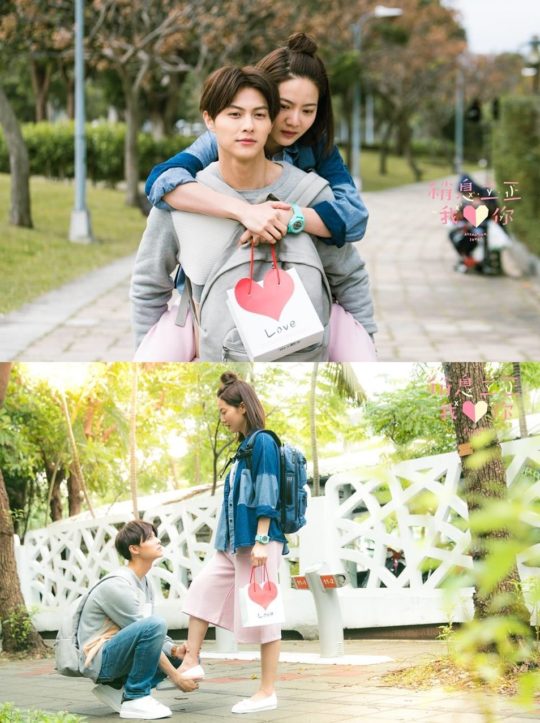 The portrayal of love in “Attention, Love!” is so heartwarming and realistic. I love how Shao Xi and Li Zheng’s relationship progresses in the drama. It initially starts off with Shao Xi having a crush on Li Zheng before they become best friends, and as time passes, their feelings and understanding of each other grow deeper. The great thing is that whenever there are misunderstandings or complications, the drama doesn’t drag it out, but instead uses them to strengthen their relationship.

What makes our OTP also perfect is the way that they help each other grow and mature. Shao Xi is the friend that Li Zheng always lacked in his life and she helps to open up his shell. I always applaud whenever Shao Xi directly asks Li Zheng about his feelings and the status of their relationship. She pushes him to be more human and honest with his emotions. Meanwhile, Li Zheng pushes Shao Xi to improve her academics by tutoring her, and he’s always there cheering her on during her track and field competitions.

I’m at the point in the drama where our OTP is graduating from high school and will be heading to university. I’m already looking forward to seeing what university life has in store for them and how it will affect their relationship. 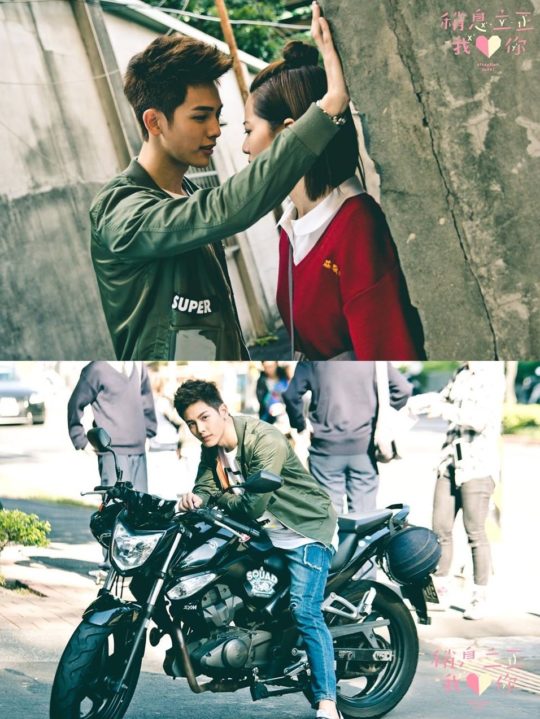 The introduction of Wang Jin Li (Riley Wang) was a bit of a game-changer and a lot of people jumped into the second lead ship. It’s no surprise because he’s really hot, comes from a rich family, and drives a motorcycle. What I think people love most about him is that he’s a male version of Shao Xi – he is super direct and honest with his feelings. It was nice seeing him change after meeting Shao Xi. He starts off as a playboy who never takes relationships seriously but after taking a beating from Shao Xi, his perspective on what it means to like someone changes.

Wang Jin Li is also a really nice and sweet guy, too; but Shao Xi simply isn’t the girl for him. It’s still great to have him around because I love Li Zheng’s annoyed face whenever Jin Li comes looking for Shao Xi. Perhaps he’ll end up with Angelina (Guo Shu Yao). 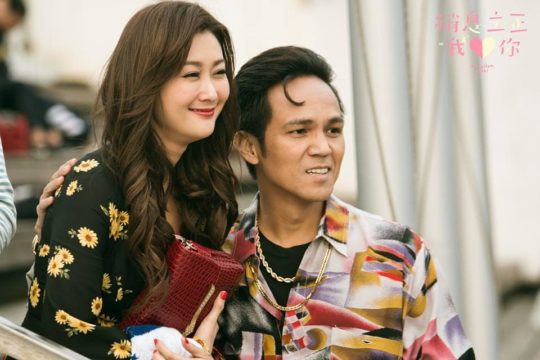 Last but not least, we can’t forget Zhong Shao Xi’s mom and dad, the most hilarious parents ever. They’re so funny and provide some great comic relief for the drama. I love Shao Xi’s description of her parents: Dad looks like an underworld gangster boss and Mom looks like a mistress. They’re not literally these types of people; however, they do dress like their daughter’s descriptions which makes it so humorous and amusing.

They’re such nice, fun parents and I’m always cracking up when they speak in a mixture of Taiwanese and Mandarin. They’re exceptionally entertaining whenever Wang Jin Li is around because Shao Xi’s dad hates how Jin Li’s always chasing after his daughter while Shao Xi’s mom is totally cool about it and actually finds him quite cute. Seriously Mr. and Mrs. Zhong are the best.

All in all, “Attention, Love!” gives a beautiful portrayal of the innocence of youth, friendship, and first love, along with its conflicts and triumphs. The plot is simple and flows so well without any dull moments while giving you warm, nostalgic, and romantic feelings. I also want to applaud the writers for giving the drama such sincere and heartfelt dialogue that touches deep within the soul. One thing I do regret is watching the drama so early on because the drama only airs one episode a week. The wait is dreadful because the storyline is really that captivating.

Hey Soompiers, are you watching “Attention, Love”? Tell us what you think of the drama in the comments below!