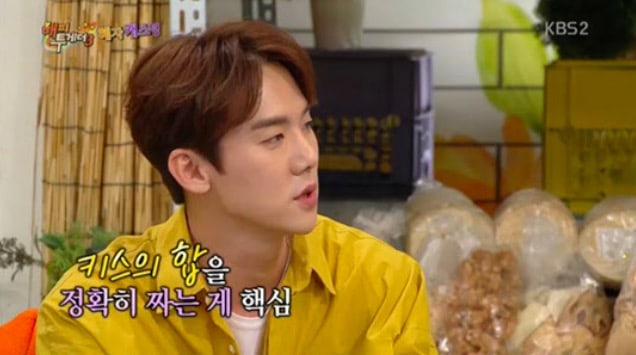 On the September 7 broadcast of KBS2’s “Happy Together,” Yoo Yeon Seok shared his secrets to filming a great kiss scene.

He said that he liked his nickname “Kiss Master” and said, “When actors get too absorbed in their own emotions while they’re filming kiss scenes, it actually doesn’t look as great on screen.”

He shared, “It looks better on camera if you plan it out exactly, just as you would an action scene. If you make the general frame, like tilting your head to one side and then the other, you don’t stutter and you can actually focus more on the emotions.”

He also revealed that he brought wine when he filmed his kiss scene with Seo Hyun Jin. He said, “At first, Seo Hyun Jin thought it was ridiculous and laughed, but the atmosphere became sweeter as we talked while drinking wine.” 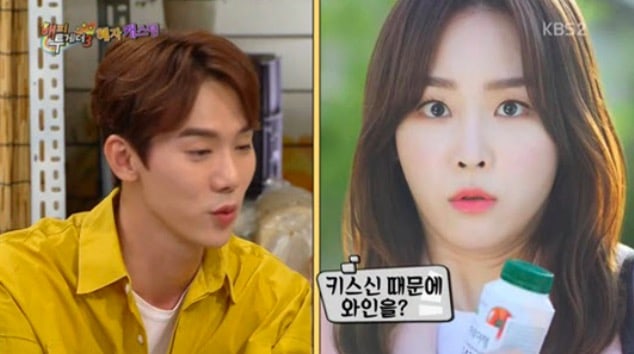 Yoo Yeon Seok
Happy Together
Seo Hyun Jin
How does this article make you feel?