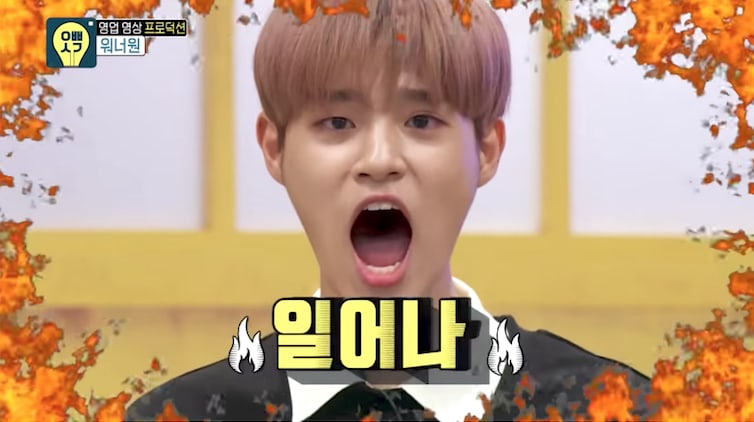 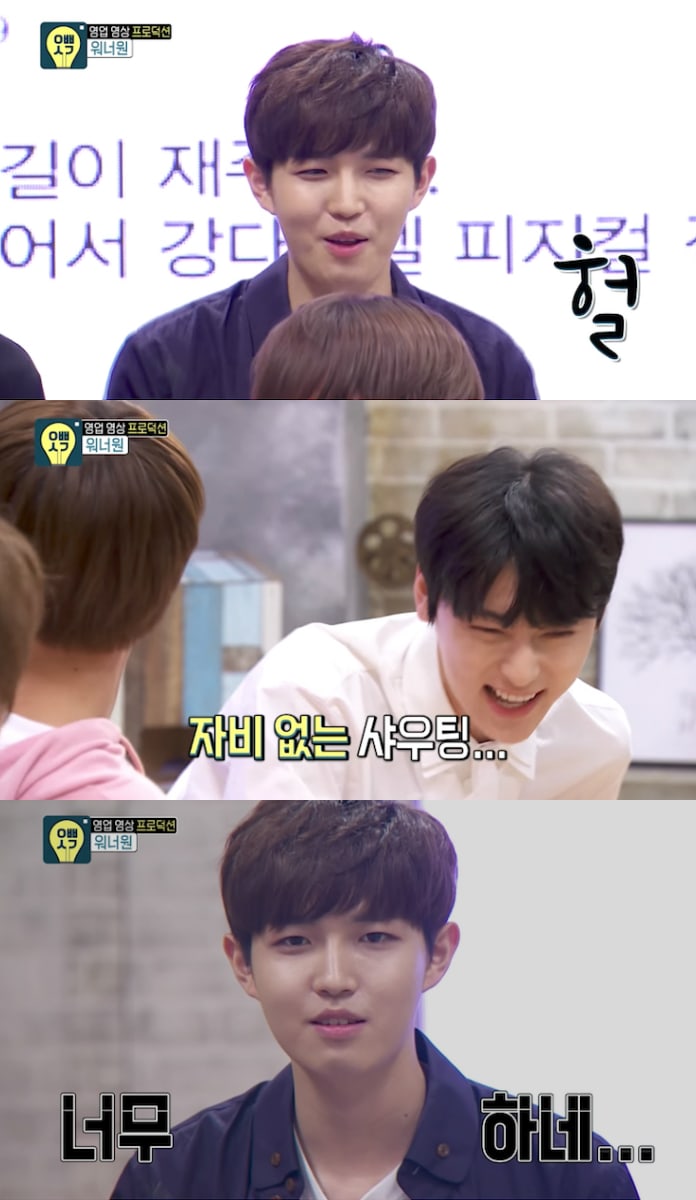 The first request was for Wanna One to play the “Cleopatra Game,” which is when one person sings a line and the next person has to sing it in a higher pitch, and so on. Lee Dae Hwi went first, then Kang Daniel who suddenly increased the pitch, followed by Park Ji Hoon, then Hwang Min Hyun who had to shout the line. 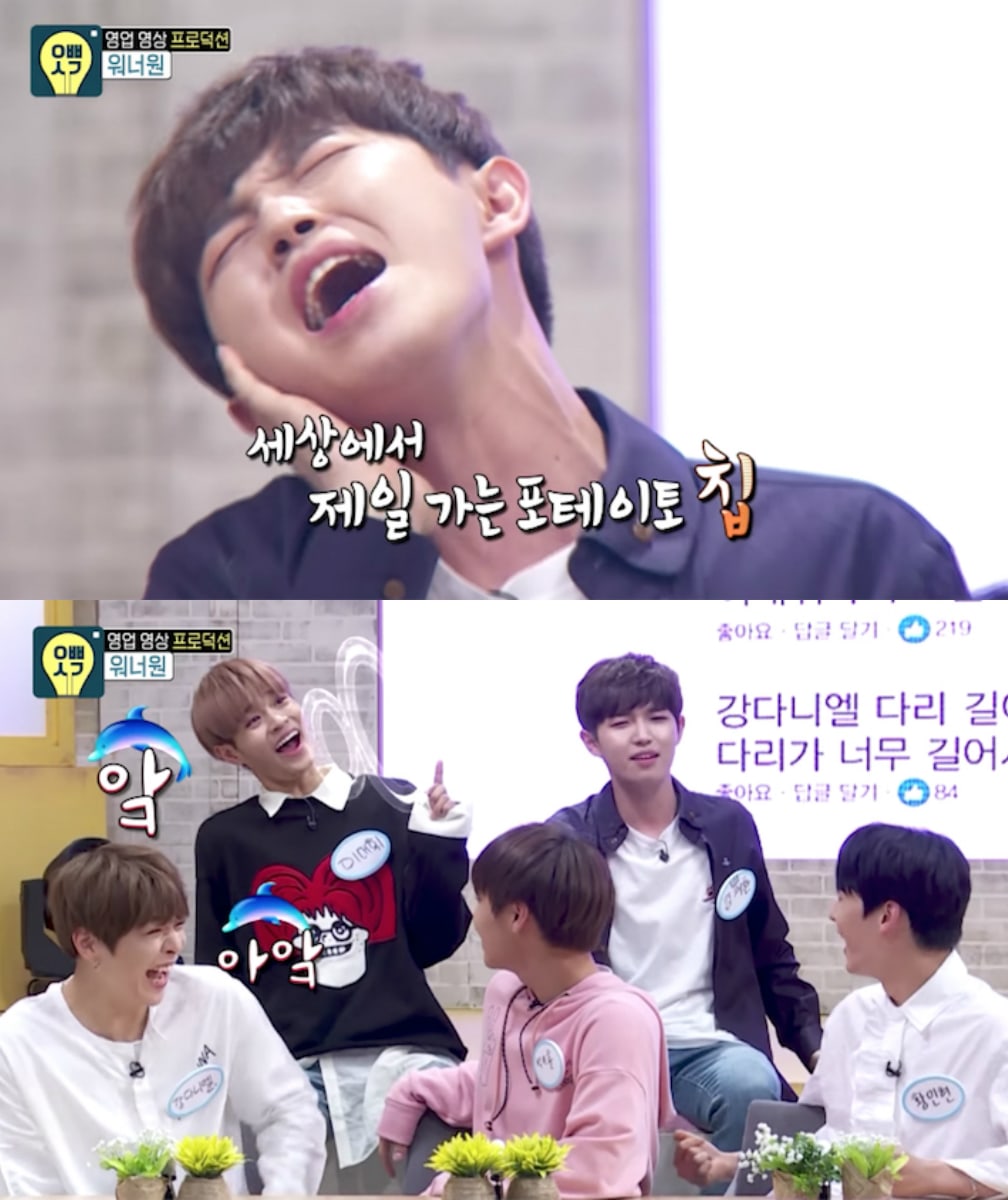 Kim Jae Hwan, who is known as the main vocal of the group, was pleased when first starting the game but he looked at the members in disbelief when he realized just how high the pitch was getting. With one finger in his ear and the veins in his neck showing, Kim Jae Hwan sang his line, which made Lee Dae Hwi resort to dolphin-like noises in order to win. 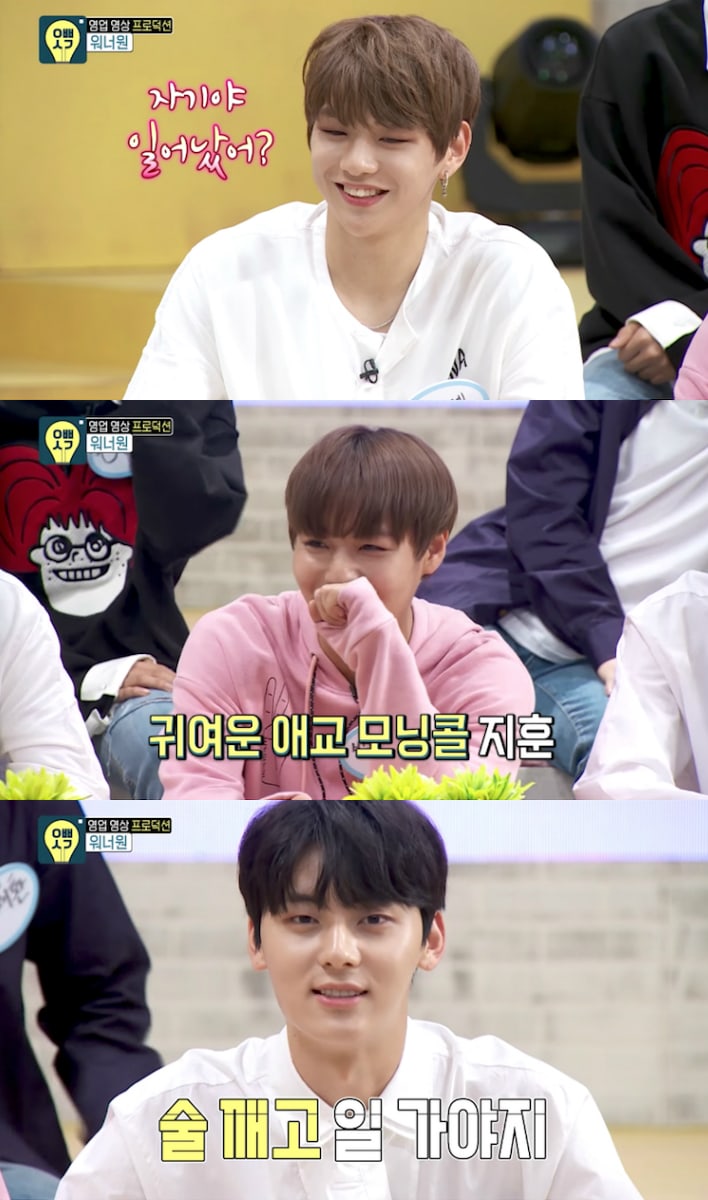 The next request was for each member to record a personal wake-up call for their fans. Kang Daniel went first and said, “Honey, did you wake up? Wash up quickly and get ready.” Park Ji Hoon said, “Honey. Hurry and get up, or else I’m going to kiss you!” Hwang Min Hyun said, “Honey wake up. I made you dried pollack soup. You need to get over your hangover and get to work,” making everyone crack up with his “reality boyfriend” vibes. 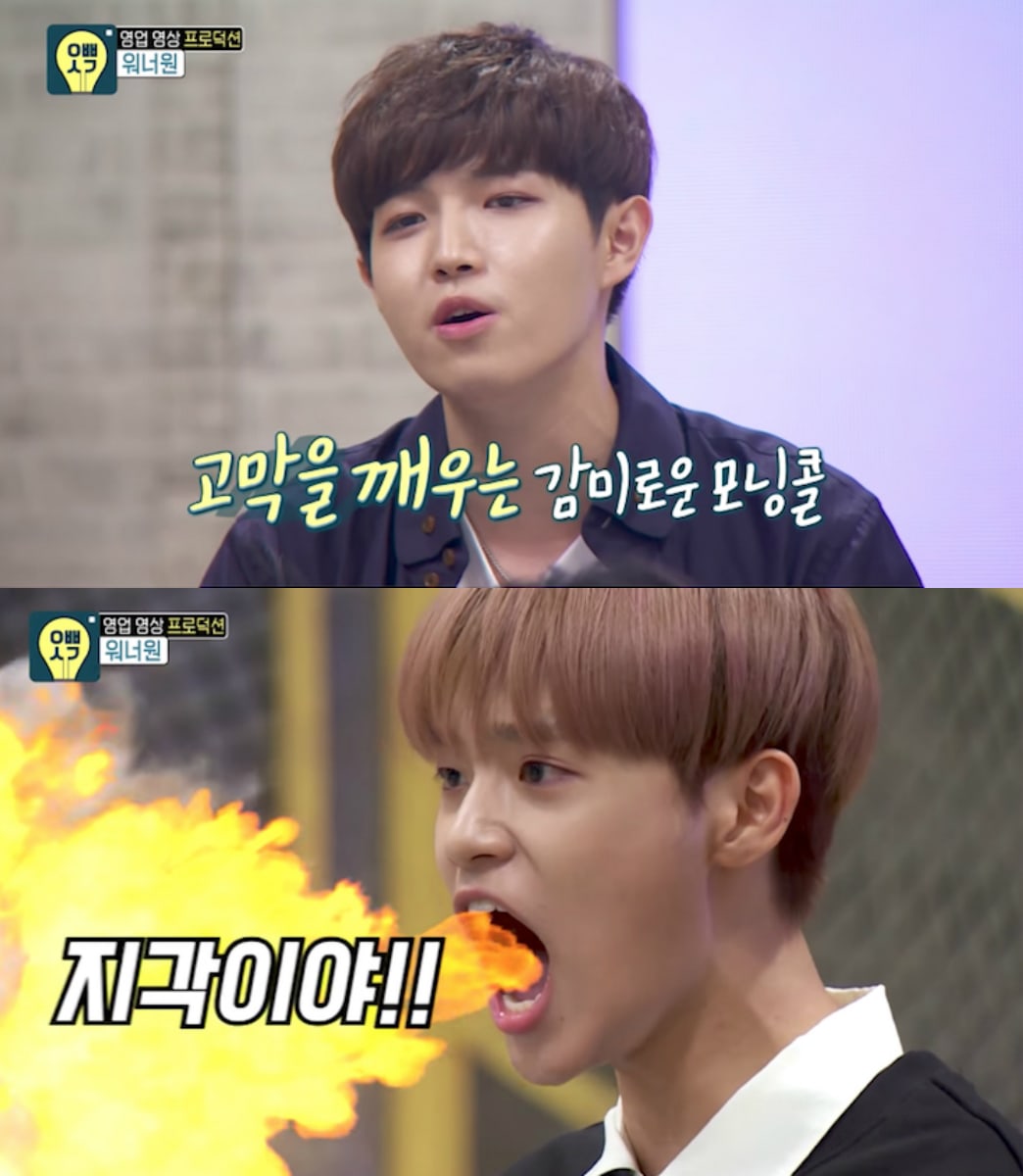 For his wake-up call, Kim Jae Hwan sang the song “I Love You” and then said, “Will you wake up?” Lee Dae Hwi said he would make one for his male fans with jobs and then yelled, “Wake up!!! Your boss is calling! You’re late!”

Meanwhile, “Oppa Thinking” featuring Wanna One will air on September 11 at 11:10 p.m. KST. The show previously released a preview in which the members switched parts during “Burn It Up.”