Watch: Wanna One Gets Tested On How Well They Know Famous K-Pop Choreography

Another preview for Wanna One’s episode of “Oppa Thinking” is up!

The show’s “Speed Dance Quiz” is a guessing game in which one person goes up and dances to a song that’s shown on the screen. Their fellow group members who can’t see the screen have to guess which song that person is dancing to. The team who answers the most in 100 seconds wins! 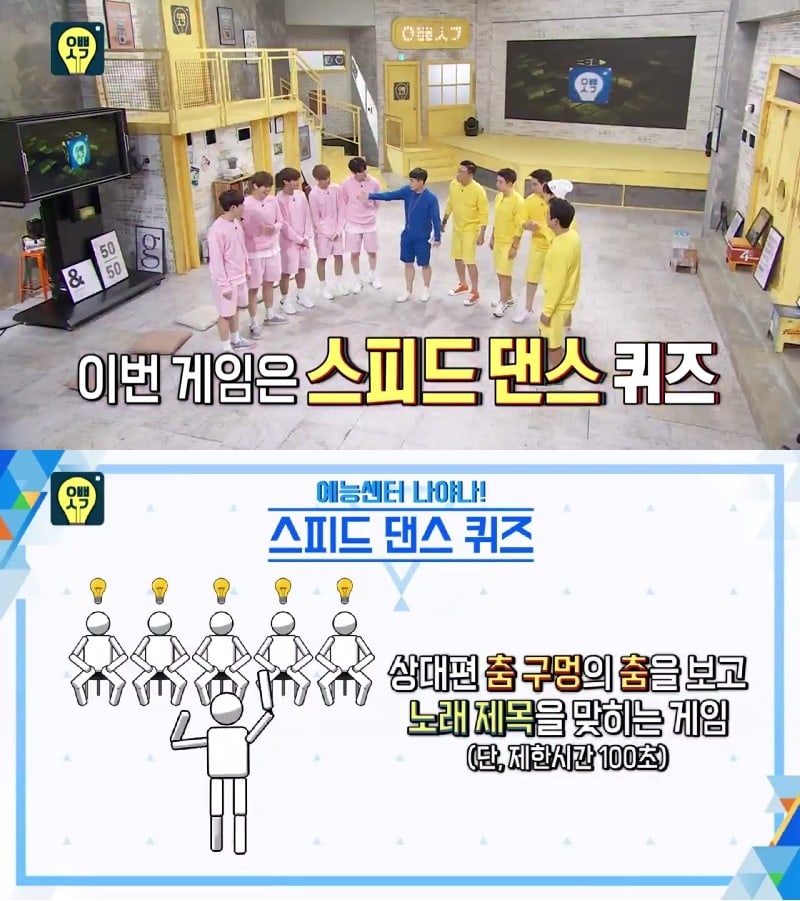 After picking Kang Daniel as the person to dance, the game began with Red Velvet’s “Red Flavor.” Kang Daniel had no problem copying the dance right away and Lee Dae Hwi shouted out the answer. The next song was KARA’s “Mister,” which Hwang Min Hyun guessed immediately after Kang Daniel turned around and started the famous butt dance. 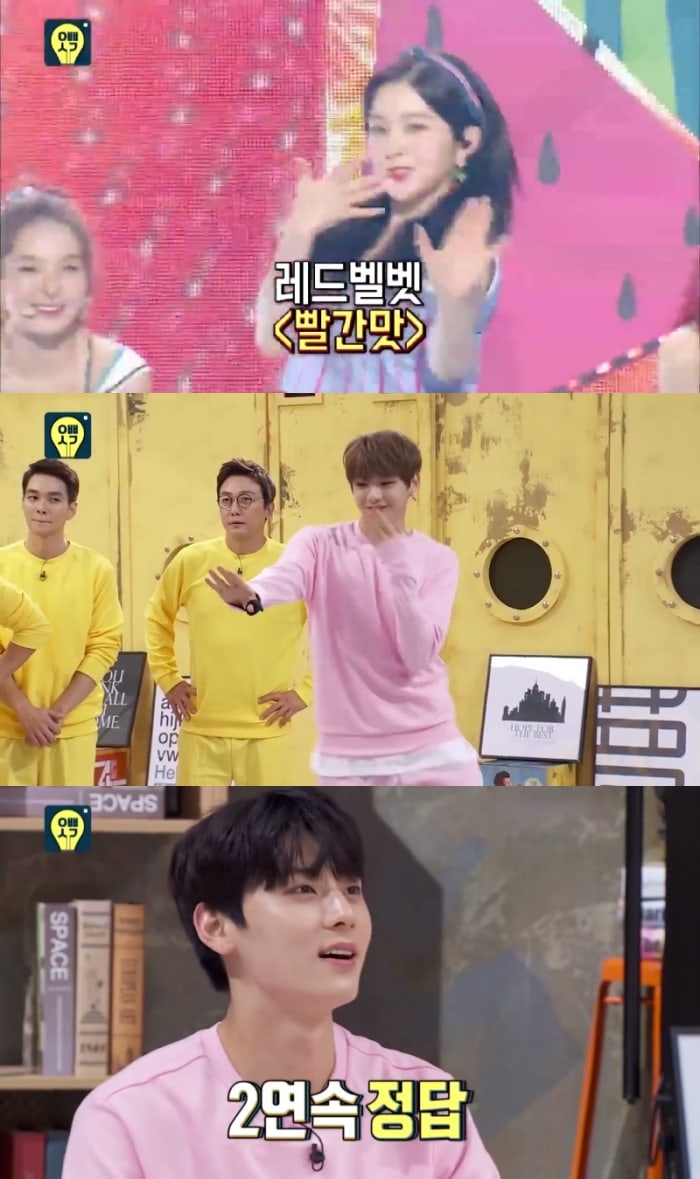 The next song was INFINITE’s “BTD.” Although Kang Daniel danced correctly, the members couldn’t guess what the song was. They agreed to “pass” this one, moving on to the next question as it was too difficult. 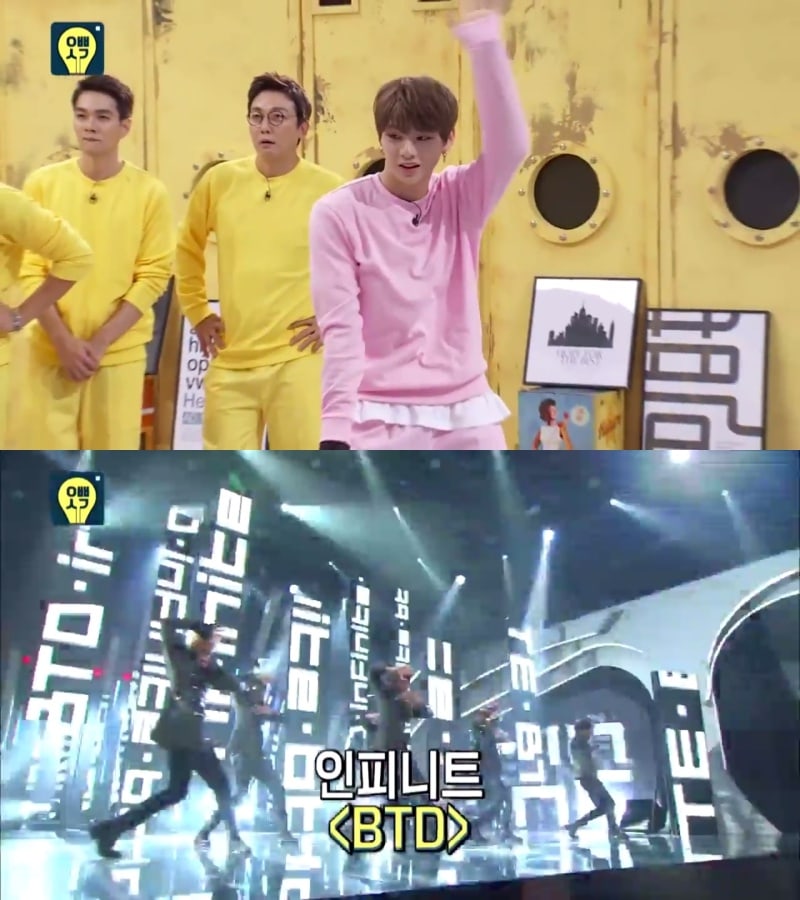 The following song was “Genie” by Girls’ Generation. Kang Daniel quickly danced the chorus part where the girls move their legs and Park Ji Hoon called out the answer.

When miss A’s “Bad Girl, Good Girl” came on, Kang Daniel went down on the floor and swung his legs to copy the iconic dance of miss A. Hwang Min Hyun guessed the answer, impressing the other members and the cast of “Oppa Thinking.” 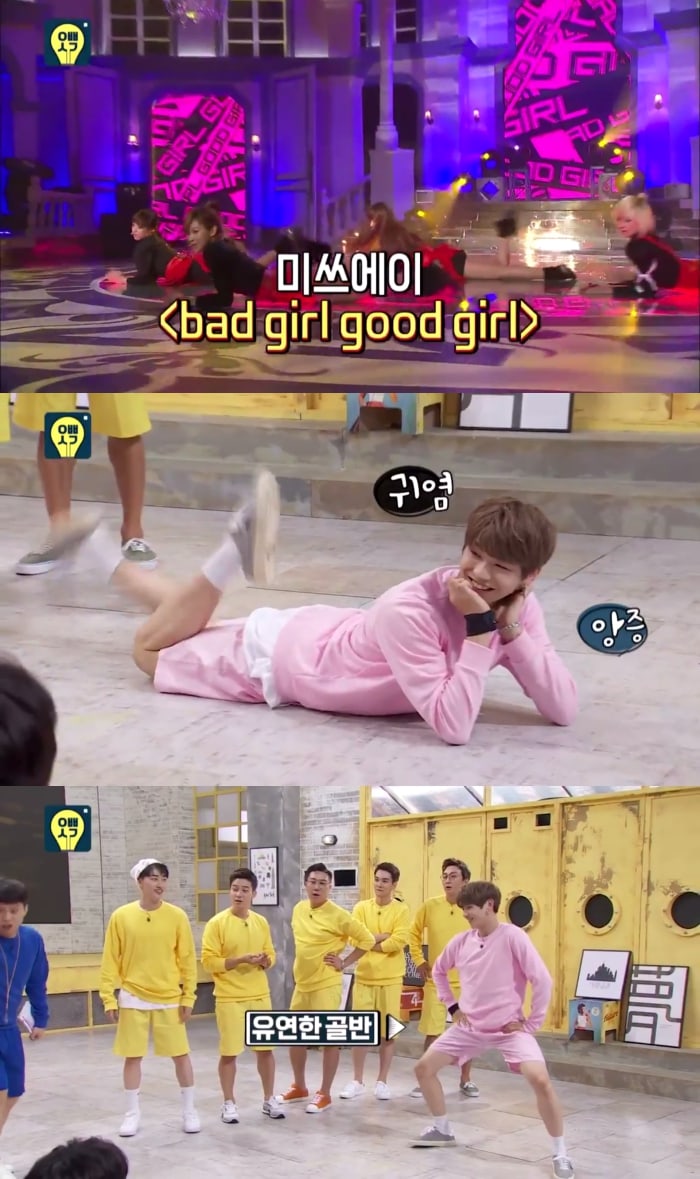 TWICE’s “Cheer Up,” SISTAR’s “Alone,” and EXID’s “Up & Down” were some of the other songs that were on the quiz, all of which Wanna One guessed with no trouble! 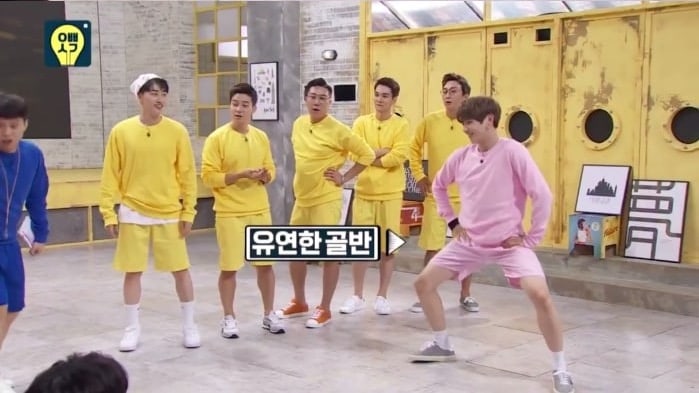 After “Bo Peep Bo Peep” by T-ara, the last song on the quiz was GFRIEND’s “Rough.” The members remained extremely focused on every move of Kang Daniel and in the end, Lee Dae Hwi got the final answer right. 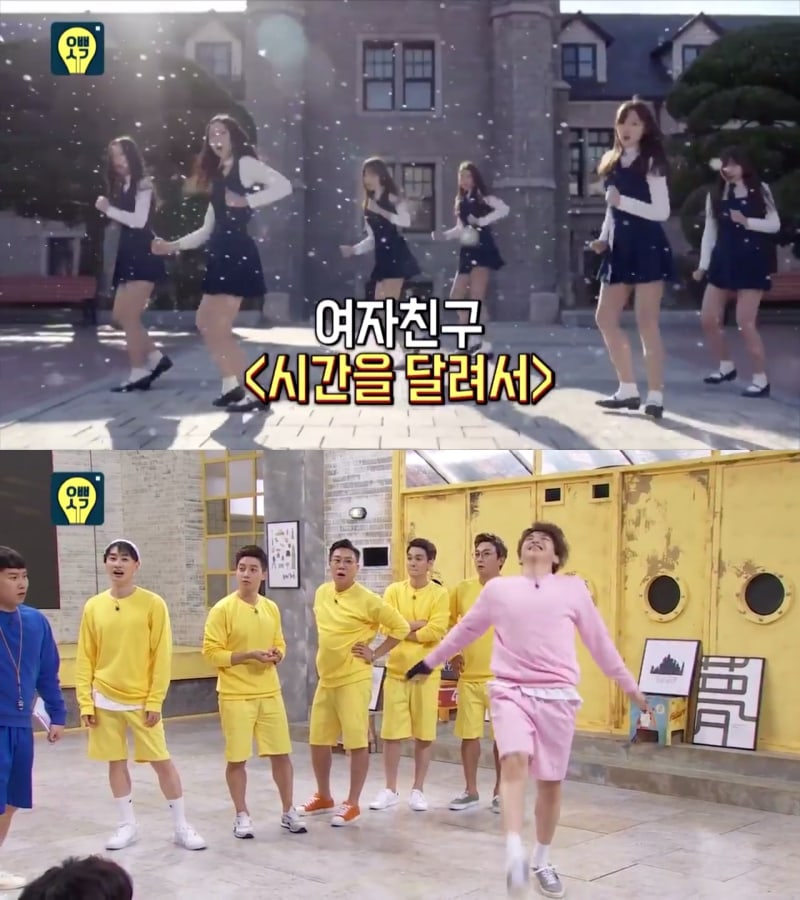 “Oppa Thinking” featuring Wanna One will air on September 11 at 11:10 p.m. KST. Previous previews have shown the guys engaging in a high pitch game and also doing a part switch for “Burn It Up.”

Watch Kang Daniel dancing to all these songs below!

Wanna One
Oppa Thinking
How does this article make you feel?