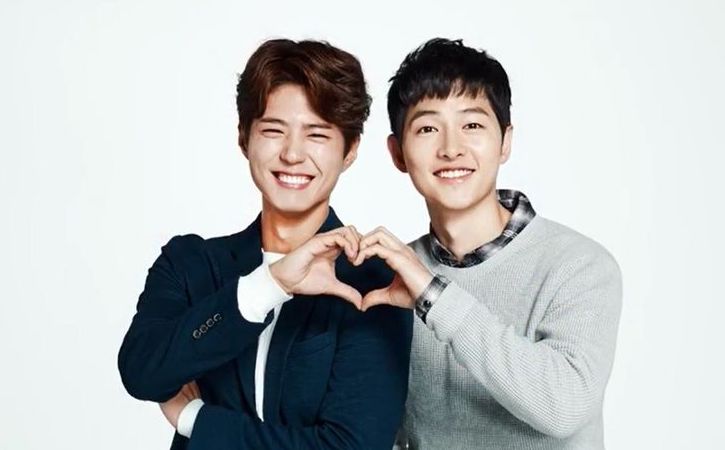 On the red carpet for the 2017 Seoul Drama Awards, Park Bo Gum talked about his hopes about working with his good friend Song Joong Ki!

During last year’s award show, Song Joong Ki mentioned that he wanted to work with Park Bo Gum, whether it be as brothers or as two characters competing over a woman, and reiterated that it would just be great if they could appear in something together.

Park Bo Gum was asked to respond to Song Joong Ki’s comments at the September 7 red carpet for the 2017 Seoul Drama Awards, and his reply was aired on the September 8 episode of “Entertainment Weekly.”

He said, “If I were to have the opportunity to work with Joong Ki, playing brothers would be good, but anything would be great as long as it was with Joong Ki.” 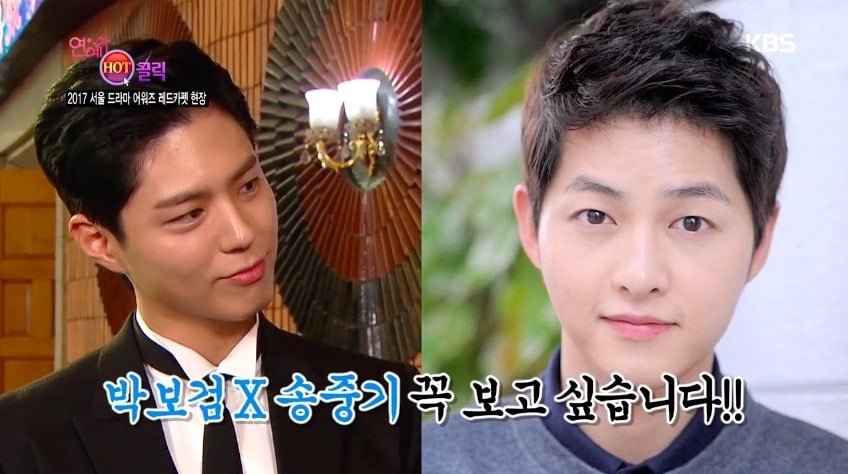 Park Bo Gum went on to win the Best Actor for Hallyu Drama award that night for his performance in “Moonlight Drawn by Clouds,” the award that Song Joong Ki had taken home the previous year for “Descendants of the Sun.” Park Bo Gum congratulated Song Joong Ki on his upcoming wedding to Song Hye Kyo during his acceptance speech.