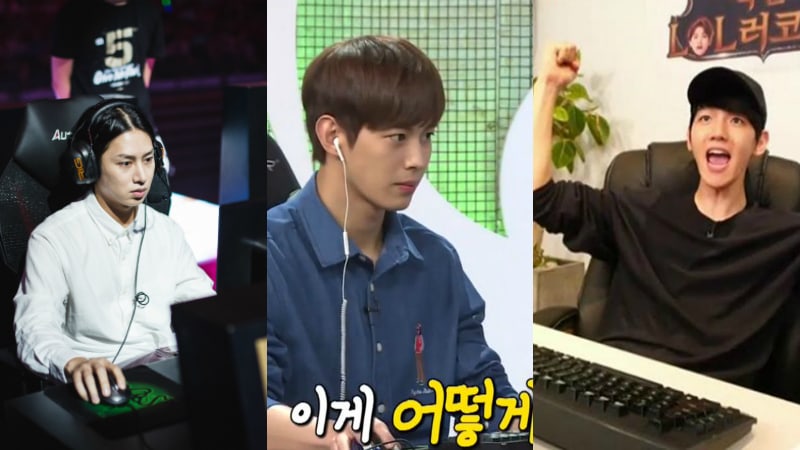 Idol By Day, Gamer By Night: 8 Idols Who Are Masters Of Video Games

Successful performers by day, professional gamers by night? While many idols consider video games as their hobby, only a few of them have been known to master their skills to the maximum. These idols’ obsession with gaming and their dedication to their favorite games is so enormous that they could easily be playing in e-sport championships if they weren’t busy singing their hearts out.

With a Diamond tier rank in League of Legends, we can’t deny that Heechul is one of the most skilled idol gamers out there! His love for games and especially LoL has been showed many times on his variety show “Game Show,” and he also had the chance to play against the famous pro team SK Telecom T-1.

Don’t get fooled by his angelic smile; Hongbin shows no mercy when it comes to Overwatch! Hongbin has been a big fan of games since his early childhood and he is now known as “The Hanzo Master” among idols, as his skills with this Overwatch character are really no joke! He has even been revealed to be ranked No. 7 in Overwatch WW as a Hanzo main. Hongbin also has a lot of idol Overwatch buddies. He often plays with B1A4’s Gongchan, Jinyoung, and Baro; BTS’s Jungkook, V, and Suga; and even SEVENTEEN’s S.Coups!

Often partnering up with Kim Heechul, Baekhyun is a hardcore fan of LoL as well. He hosted his own LoL show, “Baekhyun’s LoL-lercoaster” (you’ve got to give credit to the creative name). Although he is not always on the winning side, he is said to have quick reactions and smart tactics.

Highlight’s leader has already shown his competitive spirit during soccer matches, but he is also a talented gamer and plays Overwatch on his days off. Great news for gamer girls, Yoon Doo Joon even said he would like to have a girlfriend who knows how to play Overwatch! B1a4’s Gongchan listed Yoon Doo Joon among the best Overwatch players, too. 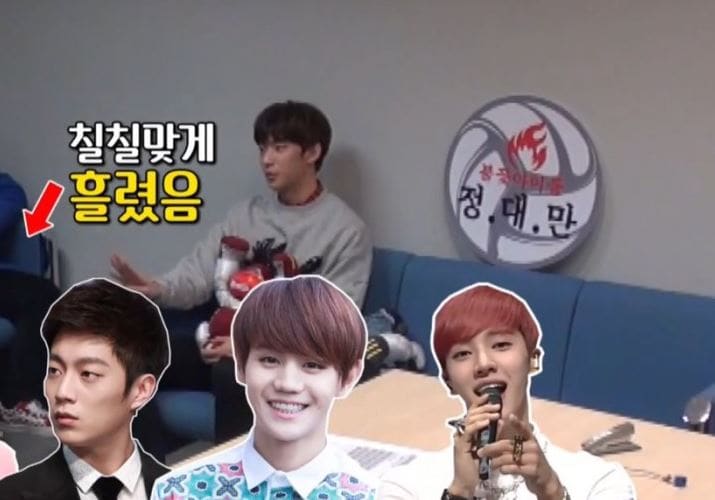 Jungkook’s favorite Overwatch character, McCree, was exposed by none other than Hongbin, who praised his gaming skills in an interview. Jungkook is such a big game devotee that he even got a scar on his cheek when he was fighting with his brother over who got to play on the computer.

As a regular guest on “Gaming Show,” Jaehyo has had many chances to showcase his talent in video games. Apart from mastering LoL, he also managed to became the champion of Starcraft among the idols of “Gaming Show.”

The real idol king of Starcraft is definitely Kyuhyun. His skills in the game are estimated to be in the same level as that of a pro. He was even praised by professional gamer Seo Kyung Jong. He is down to play a good game even before and after a performance!

B1A4 members are always up to a good match of video games, but maknae Gongchan seems to shine the most among them! Also a member of the “Gaming Show” squad, he even managed to beat his best friend Hongbin in an intense Overwatch battle! He showed off his skills against BTOB, too.

Hey Soompiers, who are your favorite idols who love to game? Let us know in the comments below!