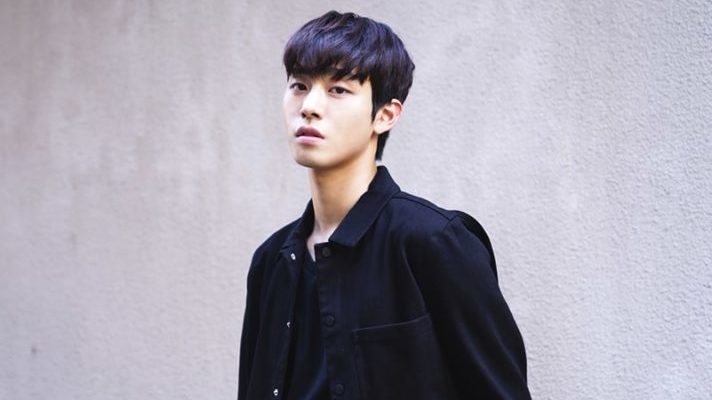 Actor Ahn Hyo Seop has captivated fans with handsome looks, tall figure, and talents. During a recent interview, he opened up his recent drama, “Father Is Strange,” and his well-known past as a JYP Entertainment trainee.

It’s been three years since Ahn Hyo Seop has debuted. When asked if he still monitors his old dramas, he replied, “I always do. I’m very satisfied and happy about the results of ‘Father Is Strange’. However, personally, I feel unsatisfied about my character Cheol Soo. I wonder if there would have been better synergy I had done a better job at portraying his role. I do realize that I’m growing though, so I think I will mature as a better actor with a little more effort.” As for his next step, the passionate rookie actor expressed his wish to appear in another drama as soon as possible. He explained, “I want to work hard in any chance I get.”

When asked why he became an actor, Ahn Hyo Seop answered that it was because of movies. “My father liked movies. I remember watching them with him ever since I was little. While watching them, I came to naturally wonder, ‘What will it be like if I appeared on the screen?,'” he shared.

However, his parents were originally against him becoming an actor and wanted him to focus on his studies. He encountered a good opportunity to become a celebrity one day and came back to Korea after studying in Canada. Ahn Hyo Seop revealed, “At first, I was going to become a singer. I did have the thirst to become an actor, but I was preparing to become a singer.”

When asked about his trainee days, Ahn Hyo Seop explained, “I was a trainee at JYP Entertainment for about three years. But at one point, I didn’t want to do music anymore. I loved music, but I didn’t have enough skills, which stressed me out. So, I thought it would be better to leave that as a hobby.” He confessed, “To be honest, it was difficult. Because I studied in Canada, I was used to the culture there. So, there were small misunderstandings that occurred due to cultural differences.”

It’s understandable how this young actor is steadily making strides in his acting career. Check out Ahn Hyo Seop in his latest drama “Father is Strange”!

Ahn Hyo Seop
How does this article make you feel?