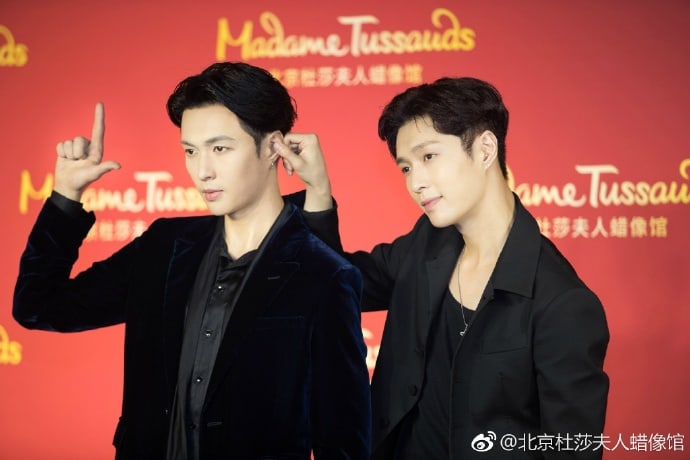 At last, EXO’s Lay has met his wax figure that looks exactly like him!

Lay appeared at the museum wearing a black suit, just like his wax figure was. He hung his arm over its shoulder and posed leisurely as well as kissed its cheek. He even copied the wax figure’s pose by putting one hand in his pocket and forming an L-shape with his other hand. From Lay’s chiseled good looks to his slender body, the wax figure is a spitting image of him. 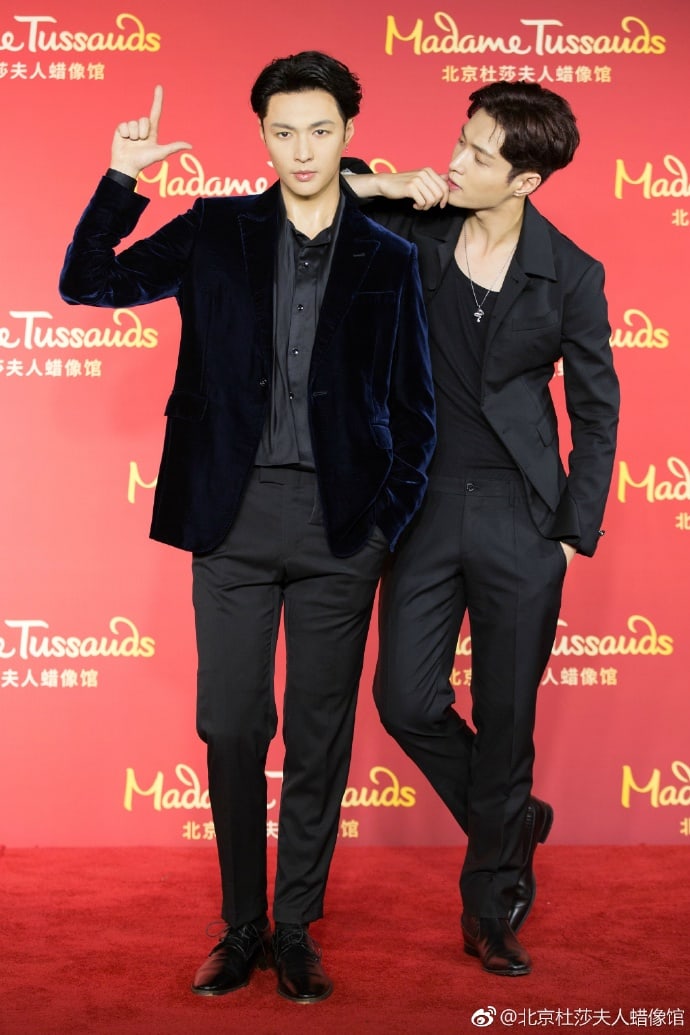 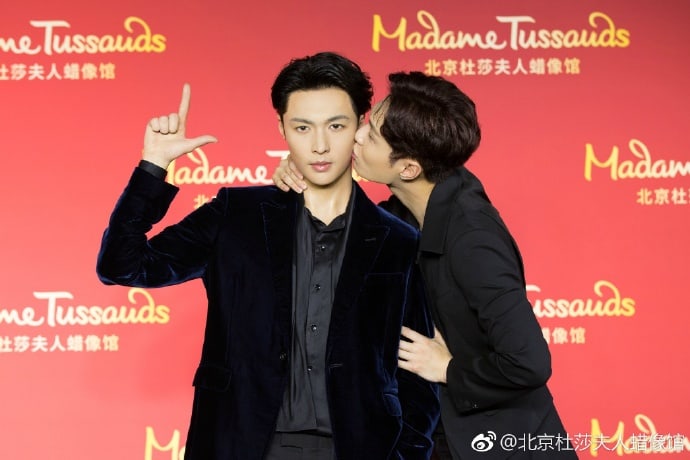 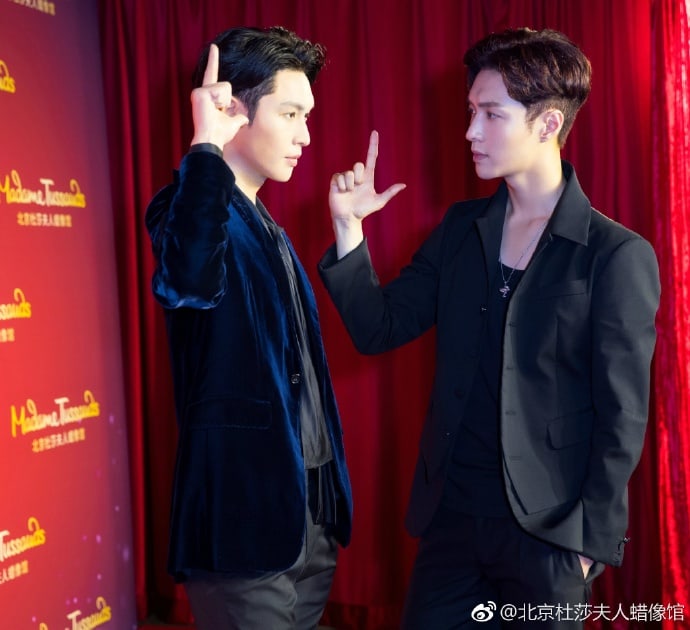 He is the first EXO member to have a wax figure made after him and is the third SM Entertainment artist to have one after TVXQ and Choi Siwon of Super Junior.

Meanwhile, Lay has been featuring in Chinese dramas and movies, such as “To Be A Better Man,” “Operation Love,” “The Mystic Nine,” “Kung Fu Yoga,” and “The Founding of an Army.”