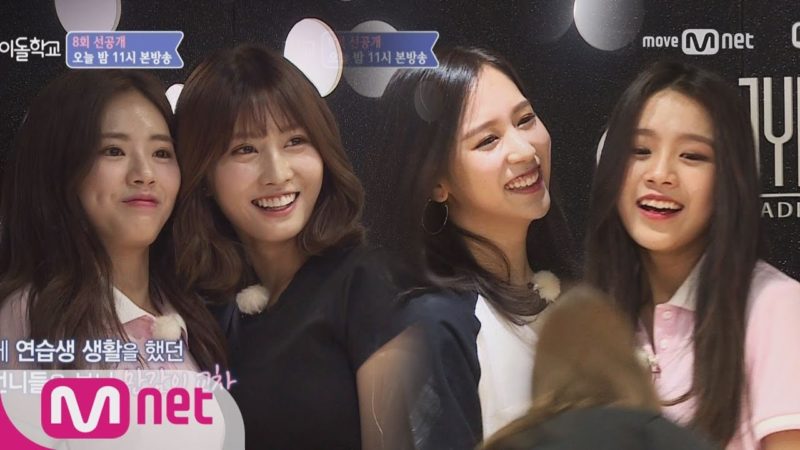 On this week’s episode of “Idol School,” former JYP trainees Natty and Park Ji Won reunited with TWICE members Mina and Momo who came to check out their team practicing “Like OOH-AHH.”

Natty, Park Ji Won, and their classmates were able to visit JYP Entertainment in the September 8 episode of “Idol School.” The former JYP trainees were both excited and nervous as they approached the familiar building. As soon as they entered the practice room, Natty dropped onto the floor while screaming. She said in her interview, “I need to succeed before I return so that I have some kind of dignity.”

Not too long after that, TWICE’s Mina and Momo entered the room while looking excited. Park Ji Won immediately screamed with joy, and Natty looked happy to see them as well. 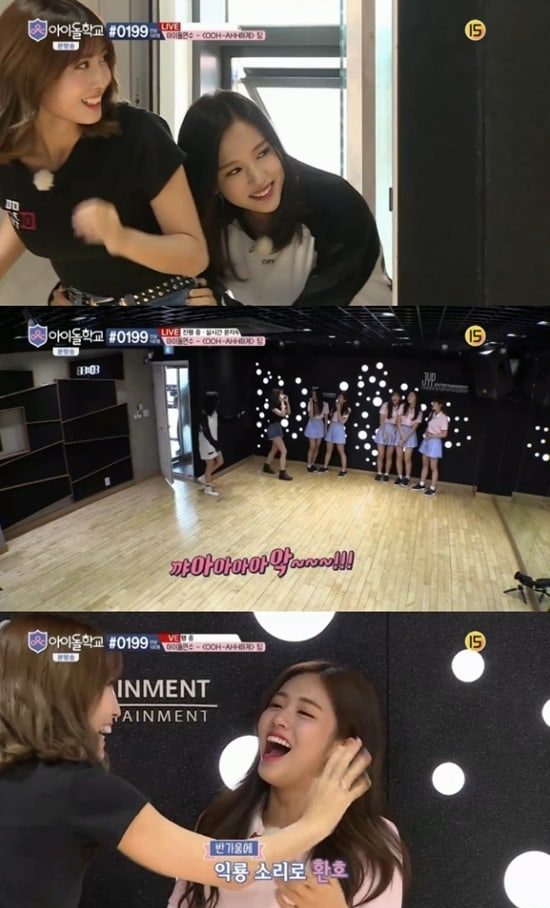 It had been two years since the four of them had been on “Sixteen,” the girl group survival show that formed TWICE. Natty confessed, “Even in my trainee days, I really liked Momo. It was nice to see them again after a long time.”

Then Park Ji Won teared up in her interview as she admitted she was happy to see the TWICE members but had mixed feelings because of the memories of the difficult times she had during her days as a JYP trainee and after she left the agency.

After a short but meaningful reunion, Mina and Momo encouraged Natty and Park Ji Won. Mina told them, “Do your best and take care of your health.”

Check out their joyful reunion!