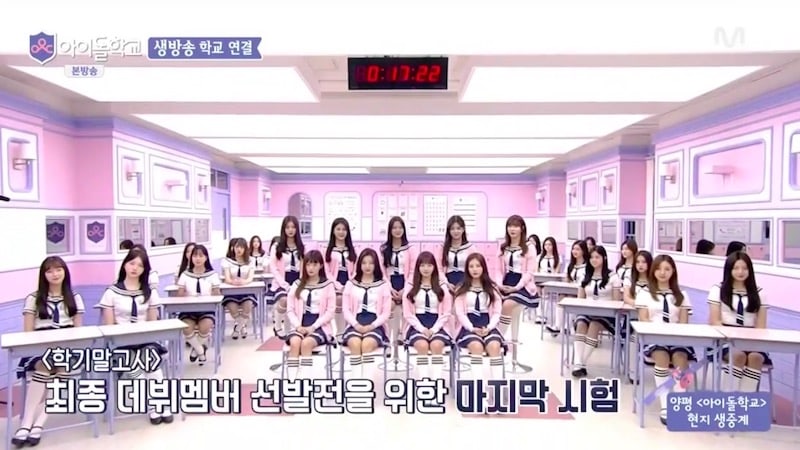 On the new episode of “Idol School,” the students began their final examination performances and found out who is currently in the top nine.

The students on “Idol School” have been divided into teams to perform songs for their final exams, including TWICE’s “Like OOH-AHH,” GFRIEND’s “Rough,” PRISTIN’s “WEE WOO,” KARA’s “Step,” S.E.S’s “I’m Your Girl,” and Apink’s “No No No.” Although they’re performing in teams, the students are being evaluated individually, and the member who comes in first place in each team will rise three ranks.

The current top nine was also announced in this episode during a live segment at the end, as “Idol School” is aiming to form a nine-member girl group.

Baek Ji Heon has returned to the top nine this week, after dropping to No. 10 last week. Yoo Ji Na has fallen from the rankings out of the top nine, after coming in No. 7 the previous week.

The top nine in this eighth episode of “Idol School” includes Noh Ji Sun, Park Ji Won, Baek Ji Heon, Song Ha Young, Lee Na Kyung, Lee Sae Rom, Lee Seo Yeon, Lee Chae Young, and Lee Hae In. The ranking of the top nine was not announced, and the show did not reveal the current rankings for the other students. 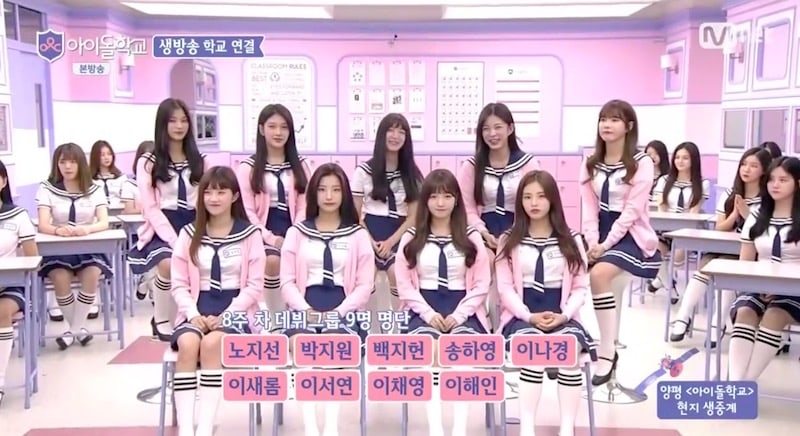 The students’ final exam performances will continue in the next episode of “Idol School,” which now airs on Fridays at 11 p.m. KST.