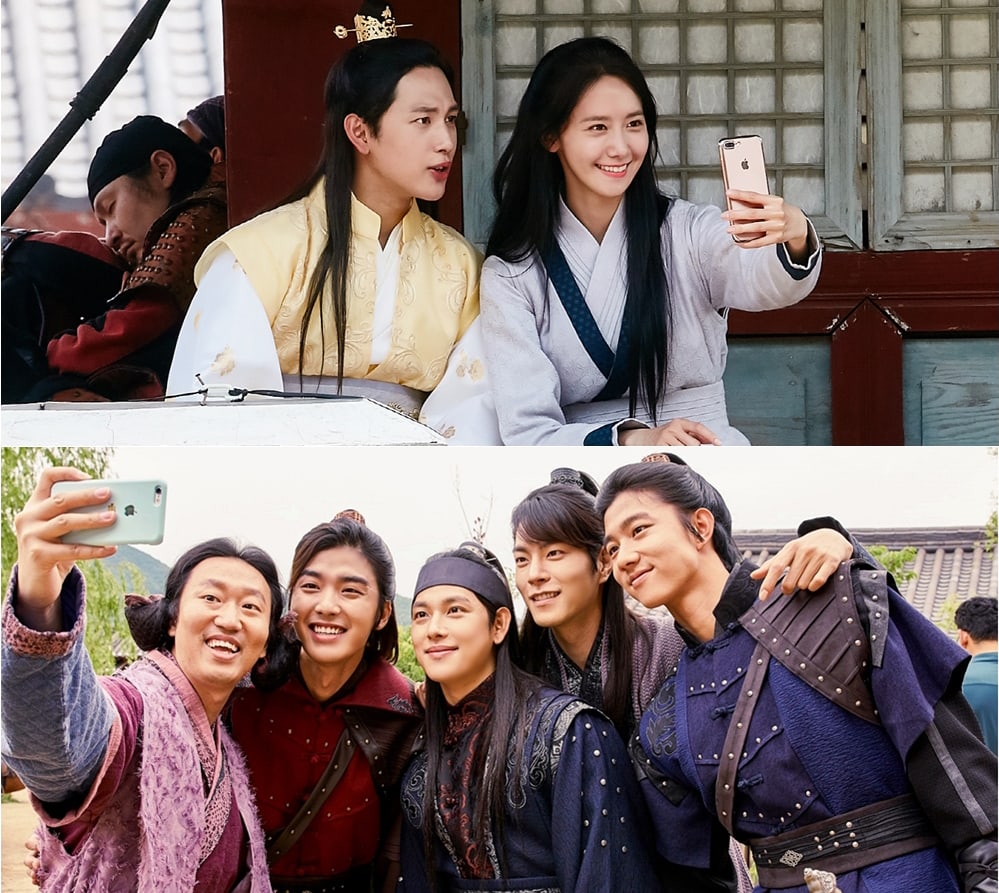 “The King Loves” cast clearly enjoyed filming their drama – and made sure to record each precious moment!

The pre-produced historical MBC drama recently released stills of its actors hanging out on set. Filming for the drama took place from December 2016 to June 2017. During their off-time, they snapped photos, rehearsed lines together, and helped each other touch up their makeup like Im Siwan and Hong Jong Hyun. In one of the photos, Im Siwan was even spotted playing with a Rubix cube while Oh Min Suk looks on.