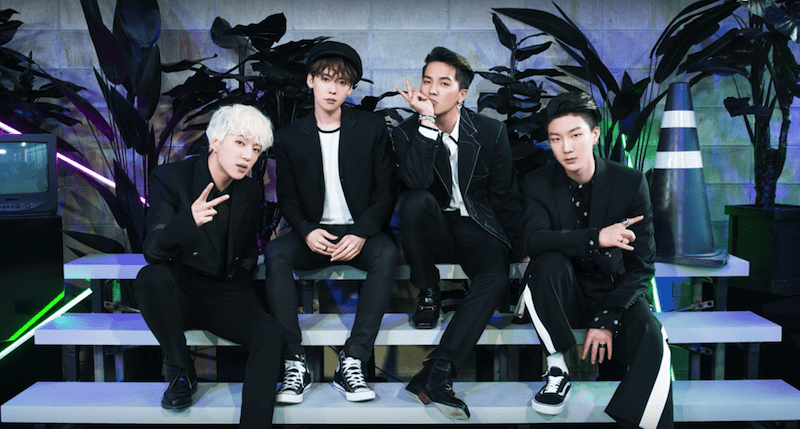 Although “New Journey to the West 4” wrapped up last month, producing director (PD) Shin Hyo Jung has been keeping busy!

The PD worked as a co-director with PD Na Young Suk on the show. Now she is preparing the upcoming WINNER special of “Youth Over Flowers” as well as the show “Kang’s Kitchen.” Both shows were requested by Song Minho and Kang Ho Dong respectively during “New Journey to the West 4” and what started out as a joke became a reality.

In a recent interview, PD Shin gave an update into how things were proceeding. “We’re in the middle of exploring options,” she said. “We want to show people within the year if possible. We have to find a filming location for ‘Kang’s Kitchen’ and a travel destination for ‘Youth Over Flowers.’ Two of the ‘New Journey to the West’ PDs recently got married, but one of them couldn’t even go on their honeymoon.”

The interviewer commented that the WINNER members, constantly on guard against being kidnapped (one of the trademarks of “Youth Over Flowers” is that they take their guests completely by surprise), have begun dressing and packing in advance.

“Kang Seung Yoon said that everything he needs is in his bag,” the PD admitted. “We tried tricking Song Mino into thinking the project wasn’t going to happen but he pretended not to understand us. For ‘Youth Over Flowers,’ the guests have to be completely unaware that they’re going on a trip. But now they already know through the [‘New Journey to the West’] broadcast. We’ve been having meetings about secret camera pranks but haven’t come up with anything. If there’s a good way, we want to accept suggestions. We want to make a request to the fans: if you see the production staff somewhere, please pretend you didn’t see us.”

This will be PD Shin’s first time working with the WINNER members apart from Song Mino. “I am studying up on them,” she said. “First things first, I’d like them to unpack their things. They’re very smart. We don’t dare ask them anything about ‘Youth Over Flowers.’ We were going to make plans based on their reactions but we don’t know anything at all. We started this for fun but now I’m feeling pressured.”

Are you looking forward to the show? Do you have any ideas how WINNER can be caught off-guard?

WINNER
Youth Over Flowers
New Journey to the West 4
How does this article make you feel?