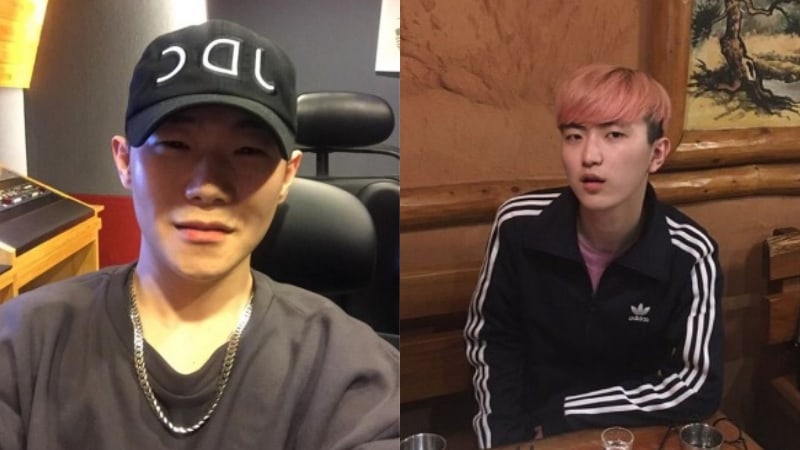 During an interview on September 8, Hangzoo shared his story on winning “Show Me The Money 6,” a rapper survival program that aired on Mnet. He also opened up about Olltii whose attitude became the center of controversy during the program.

Olltii had been criticized by some viewers due to his rude comments and attitude directed at Hangzoo, who was also on Zico and Dean’s team.

Hangzoo defended Olltii, calling him “an amazing guy” in the interview. According to him, Olltii said there was no “devil’s editing,” meaning that Olltii was willing to take all the blame for his actions.

Hangzoo explained, “Olltii said that was better than having no drama. I was sorry for him because people were hating on him so much.” He went on to compliment Olltii for “taking one for the team.”

“Olltii knew what kind of drama Mnet wanted,” Hangzoo said. “He was the one who said it was all right and suggested that we take a picture together and put it on social media. He would’ve been hurt as anyone would’ve in that situation, but he still took one for the team.”

Hangzoo did admit he was offended by Olltii picking him as the one to go home first on the team, but “was thankful for it at the same time,” as this made him try even harder.

Olltii
Show Me The Money 6
Hangzoo
How does this article make you feel?