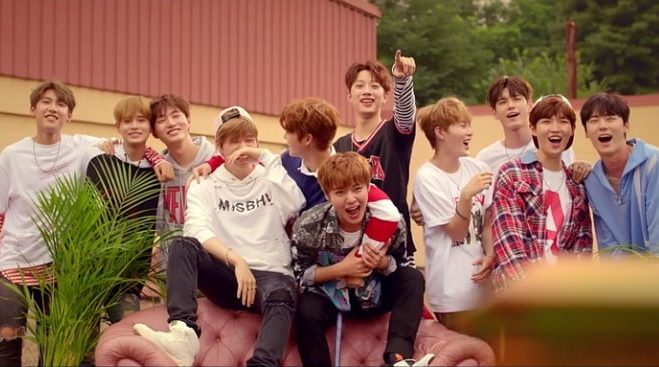 For the third consecutive week, Wanna One’s “Energetic” is our No. 1 song! This song has shown no sign of slowing down. In fact, it is still gaining points and is only six points away from a perfect score this week. “Energetic” picked up another three music show wins on “Music Core,” “M!Countdown,” and “Show Champion.” Congratulations again to Wanna One!

Moving up 11 spots to take second place is the only new song in the top 10 this week. Former Wonder Girls member Sunmi returns as a solo artist with “Gashina.” This dance single has a synth sound and a trendy melody. “Gashina” won on “Inkigayo” last week and was close to topping our chart!

Rounding out the top three is EXO’s “Ko Ko Bop,” remaining steady at No. 3.