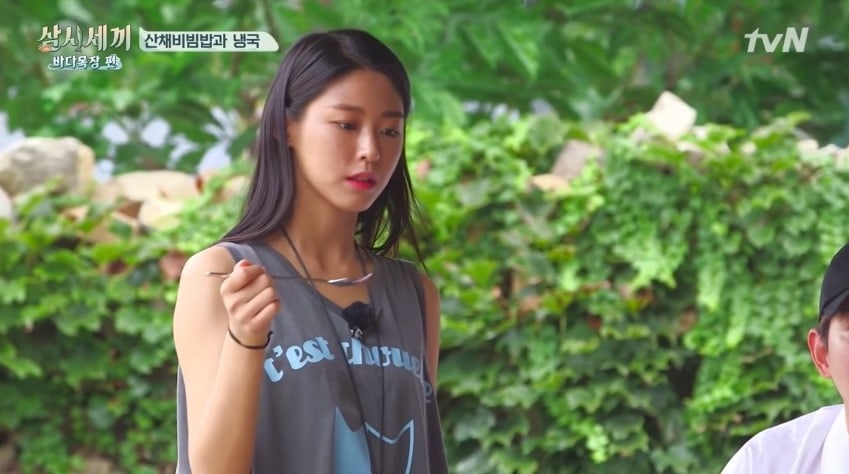 “Three Meals A Day” Earns No. 1 In Its Time Slot For Episode With AOA’s Seolhyun

AOA’s Seolhyun showed great chemistry with Lee Seo Jin, Eric, and Yoon Kyun Sang on the episode of “Three Meals A Day” that aired on September 8, and ratings were high!

The episode was No. 1 in its time slot, boasting an overall rating of 9.1 percent and 12.1 percent in the category of all TV shows, including cable TV stations. Among tvN’s target audience ranging from people in their twenties to forties, the average viewer rating was 5.8 percent and the show received a highest rating of 7.5 percent, reaching number one across the channels.

In the episode, as soon as Seolhyun arrived, she helped Yoon Kyun Sang season the chilled cucumber soup and even made potato hand-pulled dough soup (sujebi), a common dish she makes for herself at home. Lee Seo Jin, Eric, and Yoon Kyun Sang helped her cook and shielded her from the rain.

It seemed as if three brothers were taking care of their youngest sister, and the scene warmed viewers’ hearts. As the show progressed, the four celebrities grew closer, making viewers anticipate their chemistry in next week’s episode. 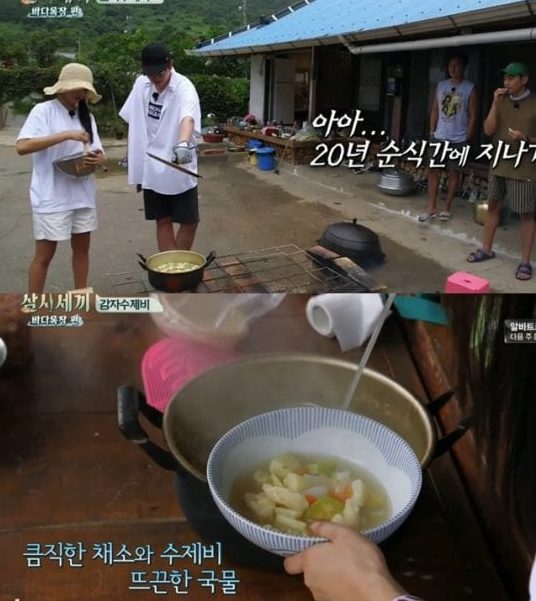 “Three Meals A Day” is a program where celebrities go to unfamiliar and secluded places in order to cook meals they could easily prepare in the city by using difficult methods. This season’s episodes in Deukryang Island starring Lee Seo Jin, Eric, and Yoon Kyun Sang air on Fridays at 9:50 p.m. KST.