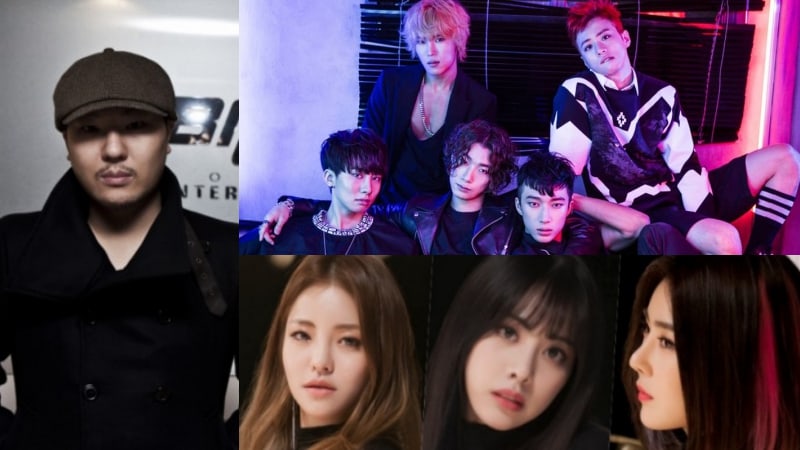 After confirming that all members of BIGSTAR will be participating in the program, Brave Brothers said that BIGSTAR was a group that can both dance and sing. “I think they’ll receive a lot of attention if they show off their charms on ‘The Unit’,” he explained. “That’s why I’m excited for them. After the program I’m going to focus more on working on BIGSTAR. A lot of effort has been put in for their album already and I expect they’ll get a lot more love next year.

Brave Brothers went on to talk about Brave Girls as well. When asked about Yujeong, Eunji, and Yuna, the members joining “The Unit,” he said they are incredibly talented girls who always work hard and are confident. “I hope they receive the public’s attention as soon as possible,” he added.

Although Brave Girls’ album has already been completed for their next comeback, Brave Brothers said it may undergo some changes according to how they perform on “The Unit.” He acknowledged that a viewer’s opinion may differ from that of a producer and he wanted to take that into consideration.

Brave Brothers revealed that to him, “The Unit” is not about making it to the finals. He explained, “I just want people to know that there are these great kids with talent. I want them to see BIGSTAR and Brave Girls and wonder why they weren’t so popular as they should’ve been.”

Brave Brothers also mentioned that Samuel, a solo artist in his company who became largely known after “Produce 101 Season 2,” was a positive influence for the members.

“BIGSTAR’s Feeldog had gone on several sitcoms and variety shows, and is the best dancer. He even taught Samuel how to dance,” Brave Brothers began. “But luck is an important factor in success. Samuel is a good example and I think these guys will also receive the same kind of luck.” He says although Samuel debuted later than BIGSTAR or Brave Girls, he seems to be a positive influence on them and drives them to try harder.

“The Unit” will be airing its first episode on October 28 with members from Boys Republic, BIGSTAR, Brave Girls, DIA, Dal Shabet, and many other groups.

Brave Brothers
Brave Girls
BIGSTAR
The Unit
How does this article make you feel?