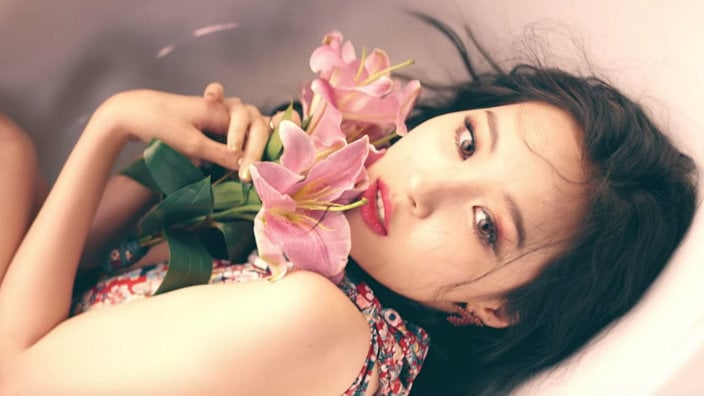 Sunmi Talks About Her Decision To Leave JYP Entertainment

On September 10, singer Sunmi held a “LieV” broadcast and talked about her past and future.

The theme of the broadcast was “challenge.” Sunmi said, “There have been a lot of ‘challenges’ for me in 2017. My first ‘challenge’ was my new album. It was my first solo comeback in three and a half years. I’d changed a lot and that’s why I had a lot to think about. I had a lot of thoughts about the direction I wanted to go in. On stage, you have to bring out all your energy in 3 minutes. That was hard and I worried about it.”

Her former agency head and mentor also gave her some advice. “Park Jin Young also said that it was 50/50,” she revealed. “He told me that I had sense but lacked drive and that I needed someone to push me forward. So I decided to move to my current agency.”

She added, “I wanted to show a more diverse side of myself to the public and to my fans. Instead of doing what I’d always done, I wanted to try lots of different things. Thankfully my company has a very natural atmosphere so they understood.”