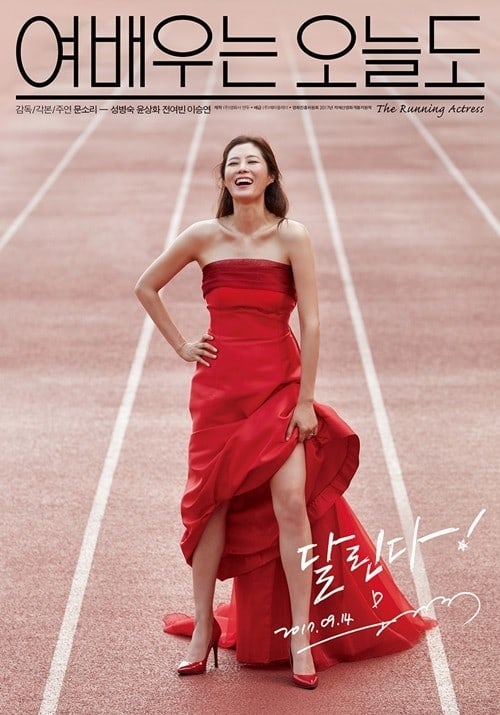 Actress-turned-director Moon So Ri recently sat down for an interview to talk about her upcoming film “The Running Actress.”

“The Running Actress” aims to push for better representation of women in film and was inspired by the actress’s own experiences in the industry. She said, “A group of us that met while working together and have been friends for 10 years decided that we wanted to tell our own stories in film rather than keep telling other people’s stories.”

Moon So Ri also shared the story behind the iconic poster. “Our promotion representative suggested that since the movie was about the daily life of Moon So Ri that had never been seen before, the poster should by contrast have the red-carpet look that people have seen from film festivals. While looking for photos of what I wore to the Busan International Film Festival, I came across a photo of Jennifer Lawrence tripping on the stairs [at the Academy Awards]. I thought that I wanted this surprising sort of image.” 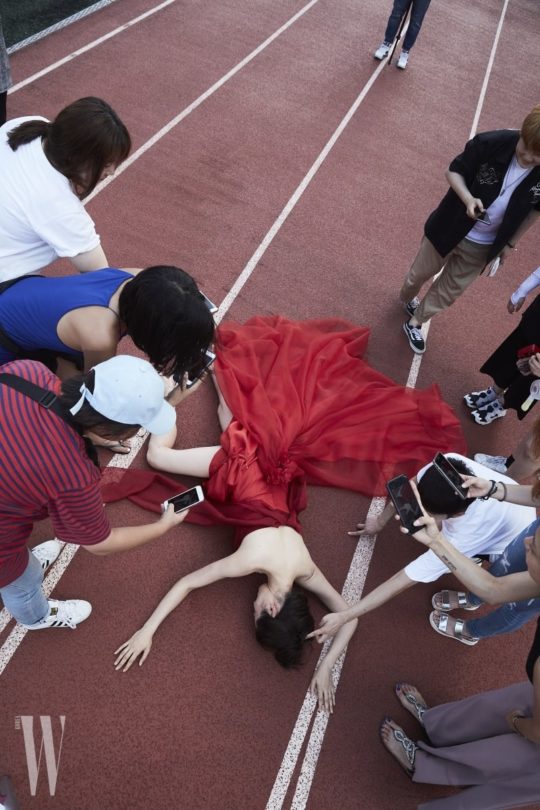 She continued, “A few days before the shoot, I thought of another idea. I teach students at Dankook University and they have a big sports field. Life isn’t just about climbing up, it’s a long race. So rather than using stairs, I thought that using a race track would be better.”

“We chose a red dress because it would suit the red track. It was so hot [on the day of shooting] that I thought we’d have to call an ambulance, but I’m glad that we got an impressive shot.”

The film is slated for a September 14 release.

Moon So Ri
The Running Actress
How does this article make you feel?