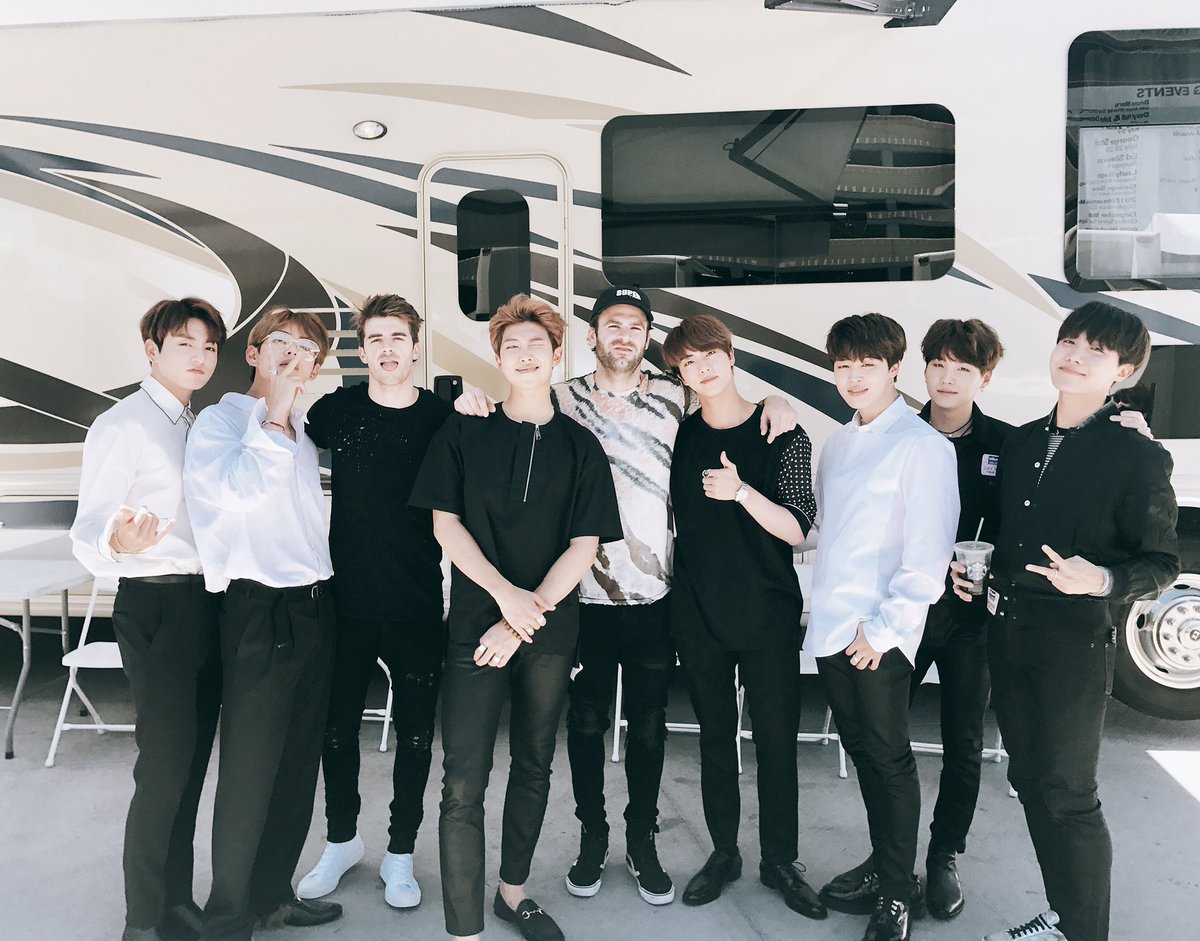 It has been announced that The Chainsmokers’ Andrew Taggart took part in creating a song for BTS’s new mini album.

Andrew Taggart and BTS’s rap line members both worked on their new song “Best of Me,” which is described as an EDM track that will be included on BTS’s mini album “Love Yourself 承 ‘Her.’”

BTS and The Chainsmokers met in May at the Billboard Music Awards, and it’s reported that they’ve been sharing music back and forth since, which has resulted in the completion of their collaboration “Best of Me.”

BTS’s “Love Yourself 承 ‘Her’” is due out on September 18, while The Chainsmokers will be holding concerts in Korea on September 11 and 12.

BTS
The Chainsmokers
How does this article make you feel?