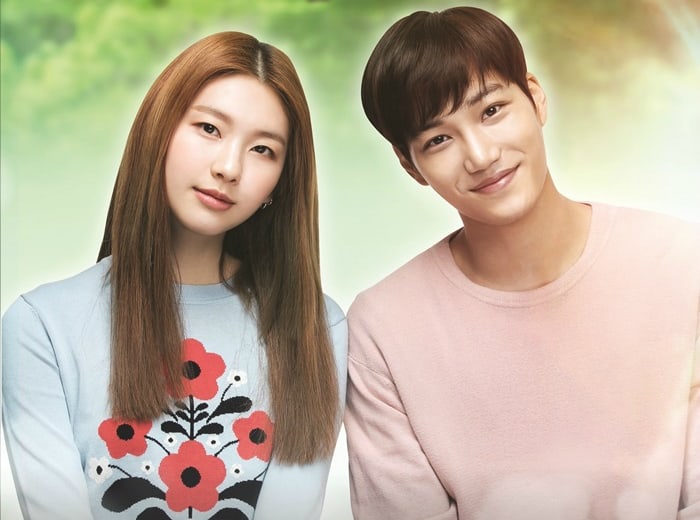 KBS has released the official poster for its upcoming drama “Andante,” featuring EXO member Kai and actress Kim Jin Kyung as its leads.

With the caption, “Spring has also arrived in my heart,” the two lead actors are shyly smiling towards the camera. Kai will play the role of Sikyung, a transfer student from the city, while Kim Jin Kyung will play the role of Kim Bom, an outsider with a secretive darkness about her. Since “bom” also means spring in Korean, the poster’s caption can mean that spring, as well as Kim Bom, has arrived into Sikyung’s heart. 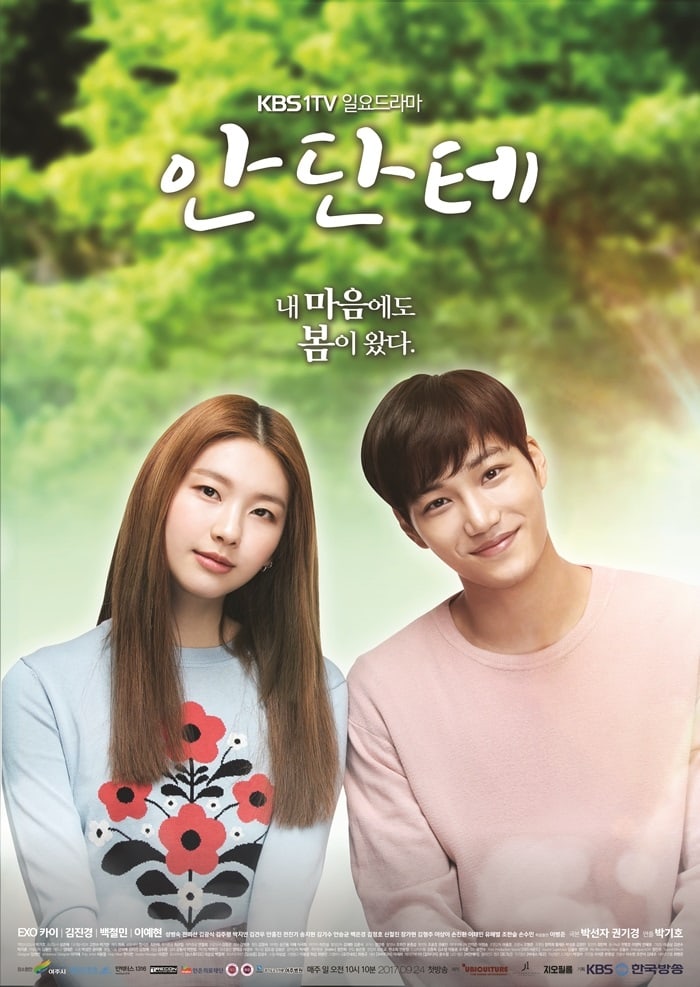 A source from the staff of “Andante” said the poster tried to capture the spring-like romance and chemistry between the two actors, as well as the fresh vitality of youth.

“Andante” will air its first episode on September 24, and then on Sunday mornings at 10:10 a.m. KST.