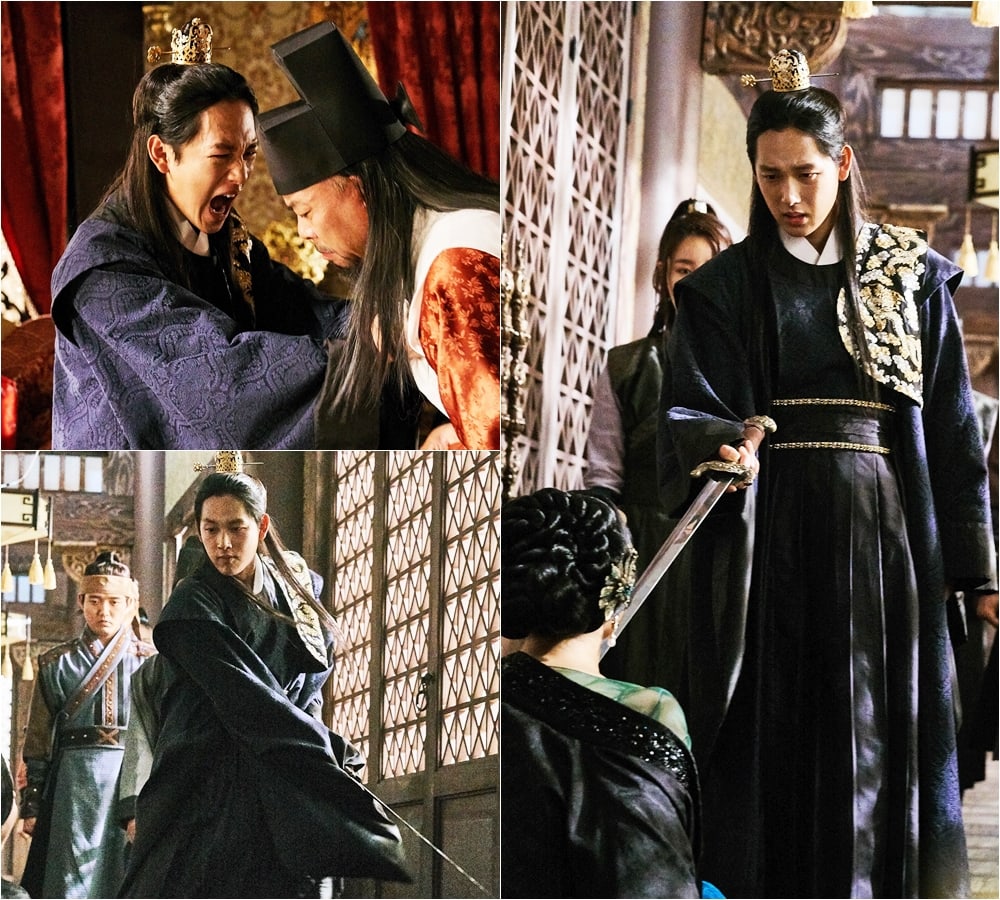 MBC has released new stills for upcoming episodes of the drama”The King Loves.” As a lead role, Im Si Wan (Wang Won) has drawn viewers in with his emotional and expressive acting, and upcoming episodes 33 and 34 seem to be no exception.

The stills show the passionate side of Im Si Wan’s character as he is sobbing with his entire body in sadness. In contrast, the stills also highlight Im Si Wan’s coldness as he points his sword at the throat of a female character and relentlessly wields it in punishment.

In addition to the explosive drama stills, production company UStory9 said, “Princess Won Sung dies in today’s episode. Wang Won, due to the unexpected death of his mother, starts to go on a violent rampage like an unstoppable train. Because of Wang Won’s unstoppable rampage, bloody rain will fall upon the palace.”

“The King Loves” airs on Monays and Tuesdays at 10 p.m. KST.

Im Si Wan
The King Loves
How does this article make you feel?