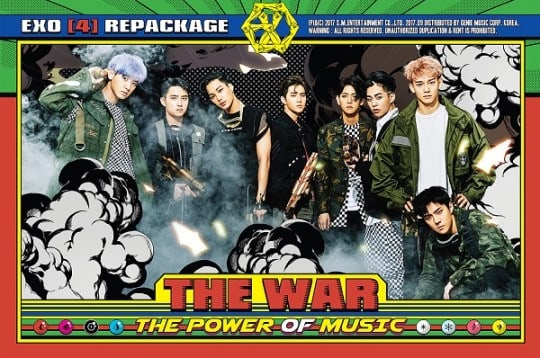 EXO Tops Weekly Album Charts With “THE WAR: The Power Of Music”

After releasing their fourth repackaged album “THE WAR: The Power of Music” on September 5, the group has taken over the No. 1 spot on various music charts including Hanteo Chart, Synnara Records, Yes24, HOTTRACKS, and more.

Also, EXO recently started their “Power Challenge” in which they create their latest logo for their new track “Power.” This challenge was preceded by the “Ko Ko Bop Challenge” which consisted of people dancing a short portion of “Ko Ko Bop” to lyrics “down down baby,” in public.