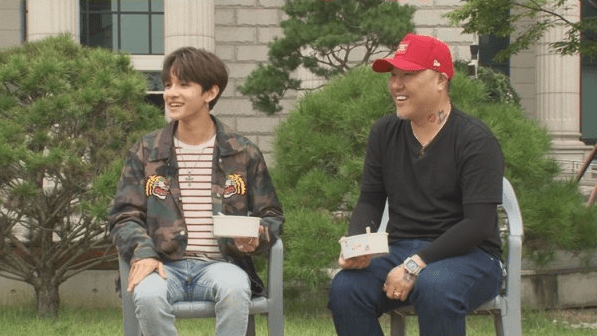 Samuel and Brave Brothers will be appearing on SBS’s “One Night of TV Entertainment” for an interview.

In the beginning of the recording, Samuel and Brave Brothers offers their support to 500 college students by handing out free breakfast meals on campus. 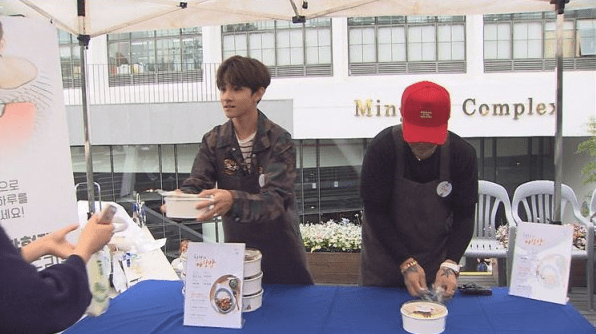 During their interview, Brave Brothers shares his first impression of Samuel, saying, “He was such a cute little kid who was wearing his hat backwards. He overflowed with swag as if he was a hip hop idol from America.”

Upon hearing Brave Brothers’ recollection, Samuel comments, “Honestly, I thought that if I had accidentally got on his nerves, I would be in a lot of trouble,” making Brave Brothers flustered. 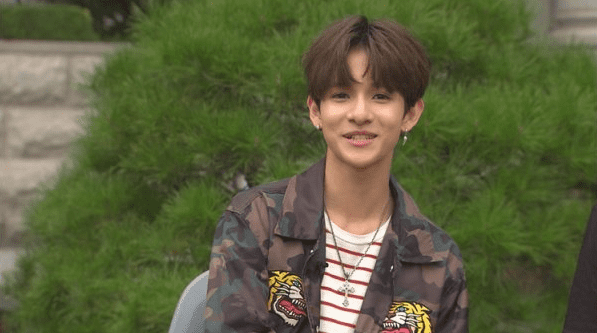 Samuel also talks about his experiences from “Produce 101 Season 2,” saying, “My skills improved a lot while I was living an unfamiliar lifestyle. I thought, ‘Surviving [on the show] is no easy feat.'”

When asked if he feels sad about the results, he replies, “It was disappointing during the last stage, but when I saw the 11 members of Wanna One stand on stage together, it felt so good,” showing his constant friendship with the Wanna One members.

Meanwhile, Samuel and Brave Brothers’ interview is set to air on “One Night of TV Entertainment” on September 12 at 8:55 p.m. KST.

Brave Brothers
One Night of TV Entertainment
Samuel
How does this article make you feel?