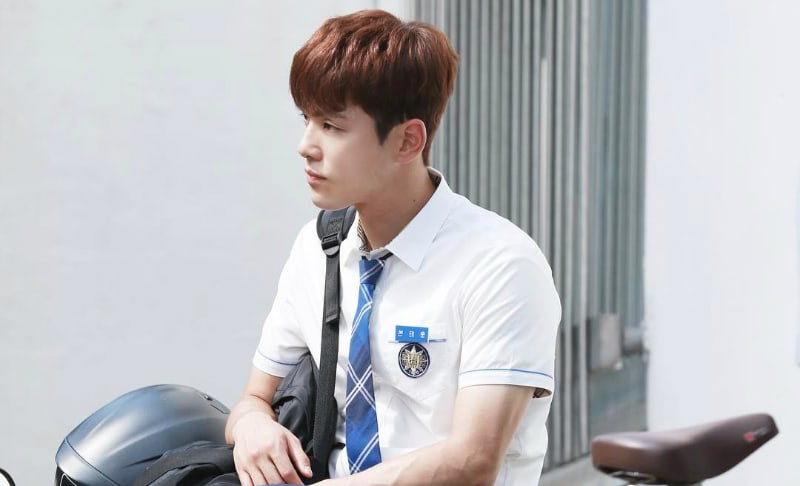 Actor Kim Jung Hyun, who is known as Hyun Tae Woon these days because of his character in KBS2’s “School 2017,” talked about one particularly memorable scene in the drama.

In episode 13, Kim Sejeong (who played the character Ra Eun Ho) finally agreed to go out with him. Unable to hold in his happiness, he turned on BTS’s “Boy In Luv” on his cell phone and danced at home after getting out of the shower. But in the interview, the actor revealed that was not the original song he had chosen for the scene.

Kim Jung Hyun said, “It was actually supposed to be Wanna One’s ‘Pick Me.’ I usually listen to that song and watched them dance to it, but I didn’t like watching myself dance to it.”

He continued, “At the time, there were problems with the lights, so we had some time. That was when my manager suggested ‘Boy in Luv’ and I thought it was okay. Thankfully, it matched the story and the circumstances of the scene.”