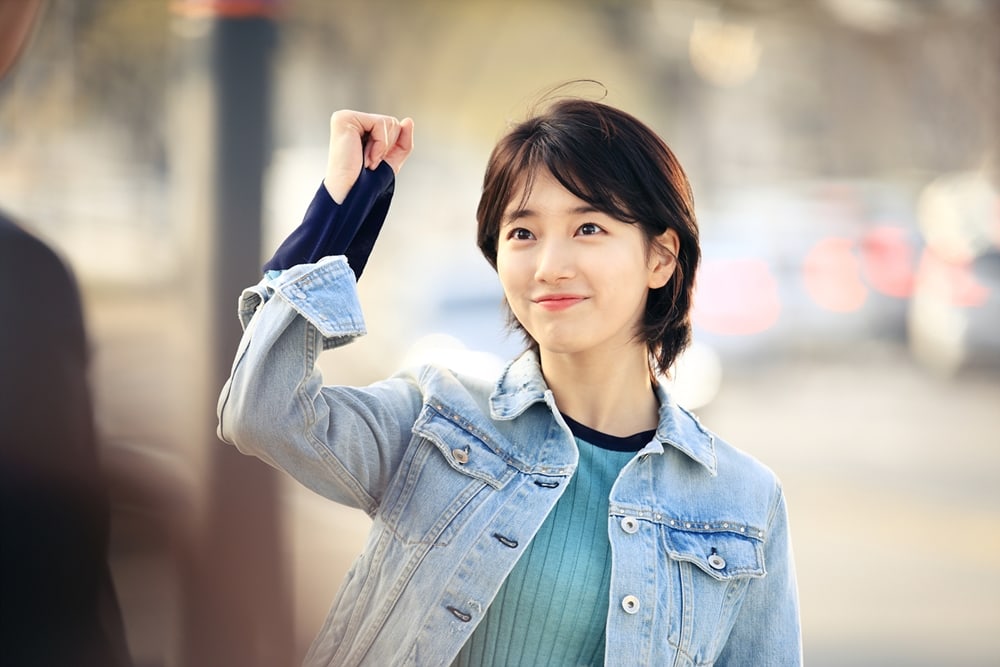 After releasing a teaser and stills of Lee Jong Suk, SBS has now released drama stills of Suzy from the upcoming SBS drama “While You Were Sleeping.”

In the photos, Suzy sports her short hairstyle while playing the character Nam Hong Joo. In some of the photos, Suzy shows a cute, bubbly side to her character when wearing a red pork belly restaurant apron and saying “Hwaiting!” In contrast to this are other images of Suzy with a painful expression on her face after waking up from a nightmare, or pondering with a pen in hand and notebook nearby wearing a red tracksuit and glasses. 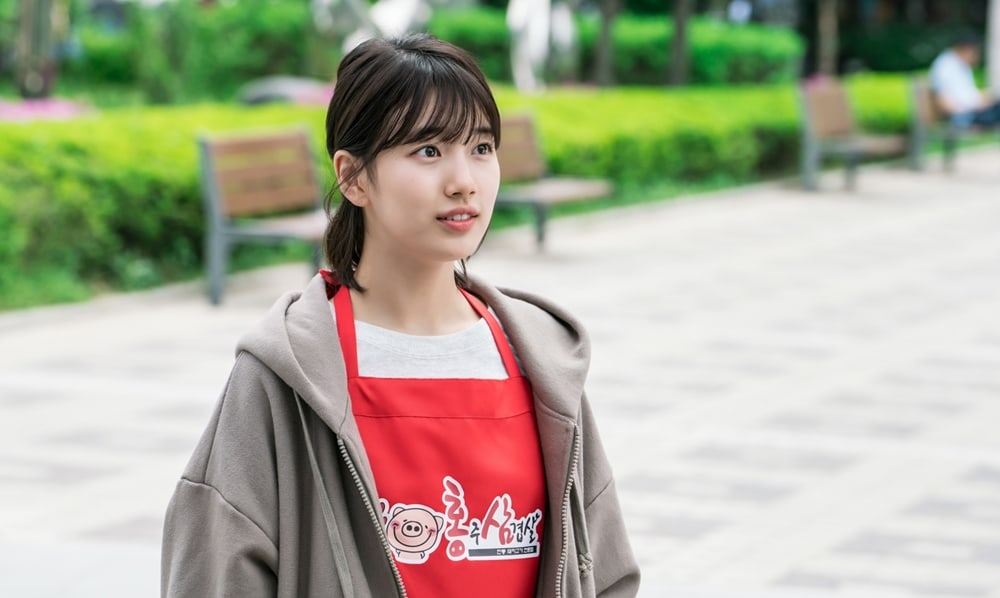 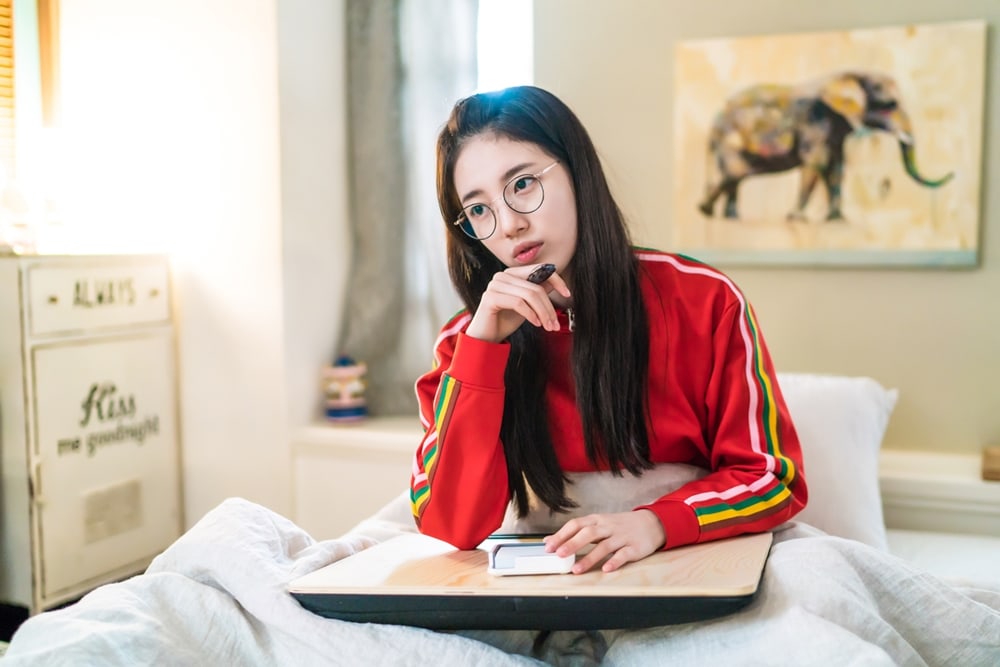 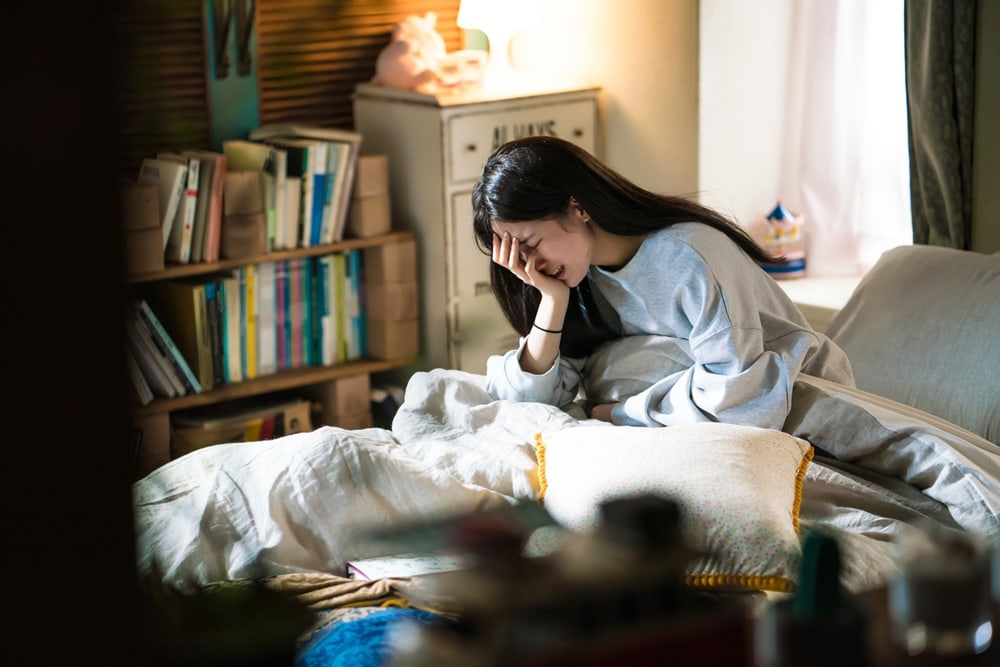 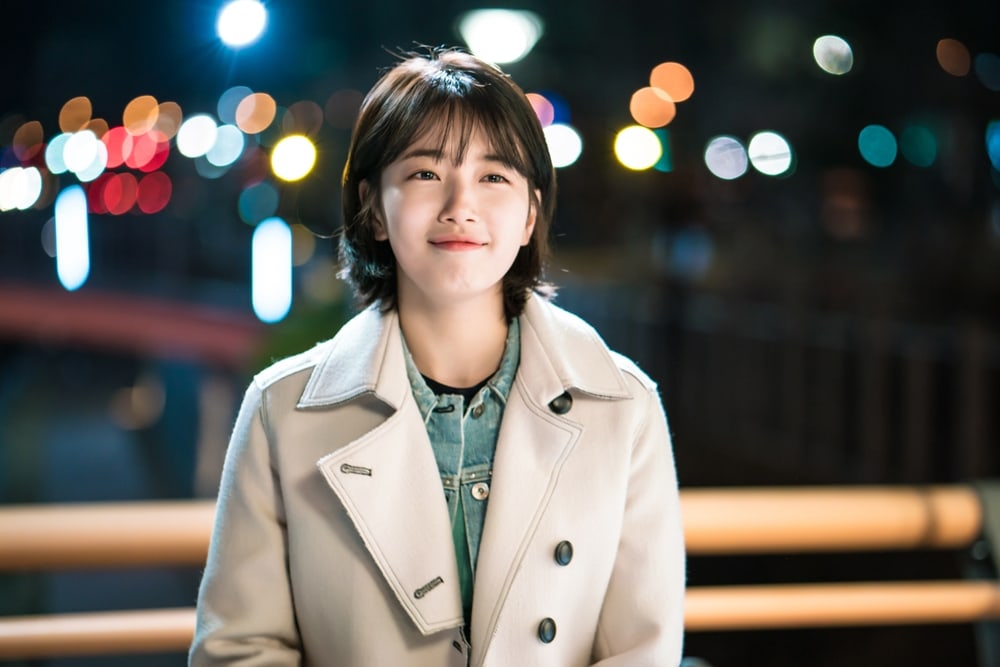 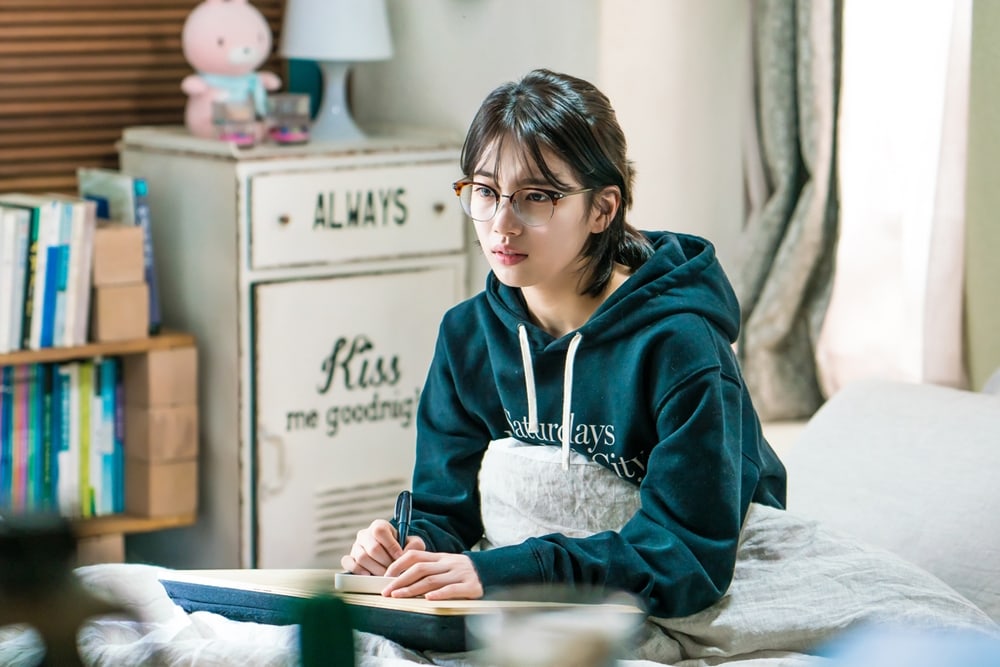 Suzy’s character Nam Hong Joo is a temporarily unemployed woman who is helping out at her mom’s pork belly restaurant, with a special skill no one knows about—she can see the future in her dreams and they are so accurate that all of them have come true in real life and they have never been wrong. So, she has developed a habit of writing them down.

In order to better portray the character Nam Hong Joo, Suzy cut her hair short for the first time since her debut and discussed with the production staff about her character’s special skill, environment, and changes in emotion.

“While You Were Sleeping” will air its first episode on September 27.