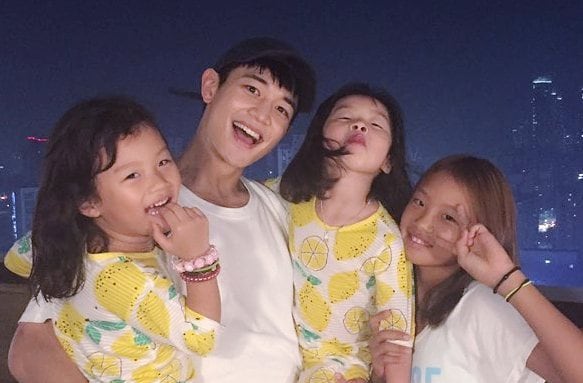 A familiar face was spotted hanging out with some lovable siblings from “The Return of Superman“!

She revealed that he had visited, and wrote, “Handsome like a sculpture, kind, genuine, cool, and warm-hearted…The touching [act] of how Uncle Minho of SHINee came over and excitedly played with the children with everything he had because he said he missed the children. Our family’s extremely happy girls, who hugged him as soon as they saw him and held on like magnets.” She also expressed that today was “full of happiness,” and thanked Minho.

Earlier this year, Minho had invited the younger siblings to SM Entertainment, where he entertained them and taught them the basics of being an idol.

Check out the most recent episode of “The Return of Superman” and see what Lee Dong Gook’s children are up to these days!