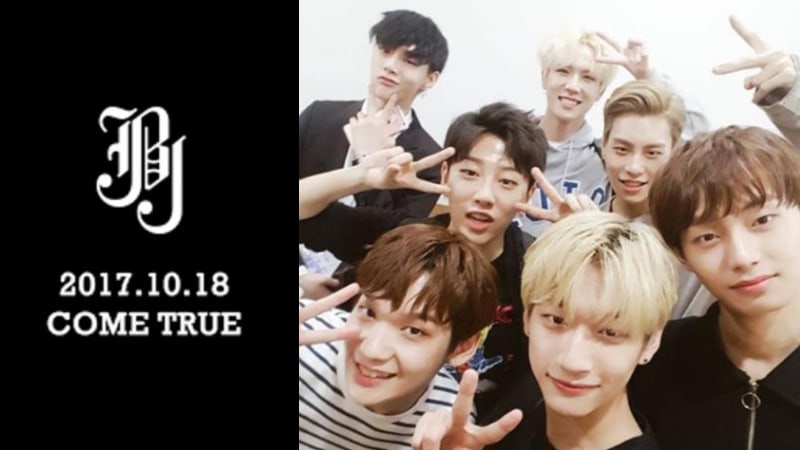 JBJ is gearing up for their debut and have opened official social media accounts to stay connected with their fans!

The group’s Instagram, Twitter, and V Live accounts were opened on September 13. What looks to be a “JBJ” logo for the group was shared along with the caption, “JBJ’s official social media accounts have been opened to kick off JBJ’s beginning. This will be a place to make lots of memories with JBJ in the future, so we ask for your love and support!”

JBJ (Just Be Joyful) is a group whose members were popular contestants on Mnet’s “Produce 101 Season 2.” Takada Kenta, Kim Yong Guk, Kim Sang Gyun, Noh Tae Hyun, Kim Dong Han, and Kwon Hyun Bin have been confirmed to join the group. Kim Tae Dong’s participation in the group is still in discussions due to his situation with his agency.

The group will appear in a variety show that will air in September, and will make their official debut on October 18.