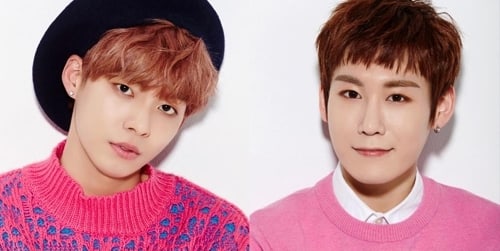 On September 23, the two trainees will hold their “Happy Talk Show” concert at the yes24 Live Hall in Seoul. As this is their first talk show together, the two trainees have a variety of events planned for fans. Not only will they share stories and catch fans up with what they’ve been doing, but they’ve also prepared a “hidden music stage” and a “secret VOD gift” for all the fans who are waiting for them to make their debut. 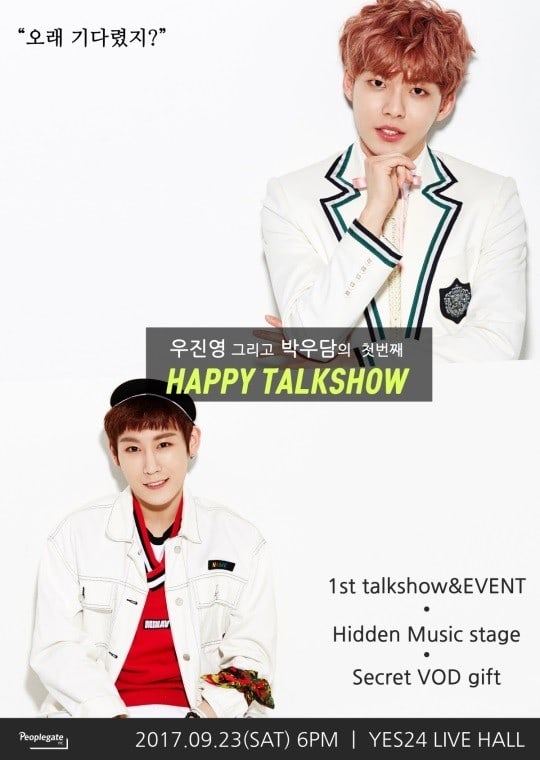 An agency representative stated, “Woo Jin Young and Park Woo Dam are working hard to create the perfect talk show for their fans. We hope that this will be a nice present for all the fans who are waiting for them.”

Woo Jin Young and Park Woo Dam were both popular during their appearances on Mnet’s “Produce 101 Season 2.” Woo Jin Young drew people in with his charming charisma, especially during his performance of “Who You?” while Park Woo Dam caught people’s attention as the main vocalist of his “Mansae” group.

Park Woo Dam
Woo Jin Young
How does this article make you feel?