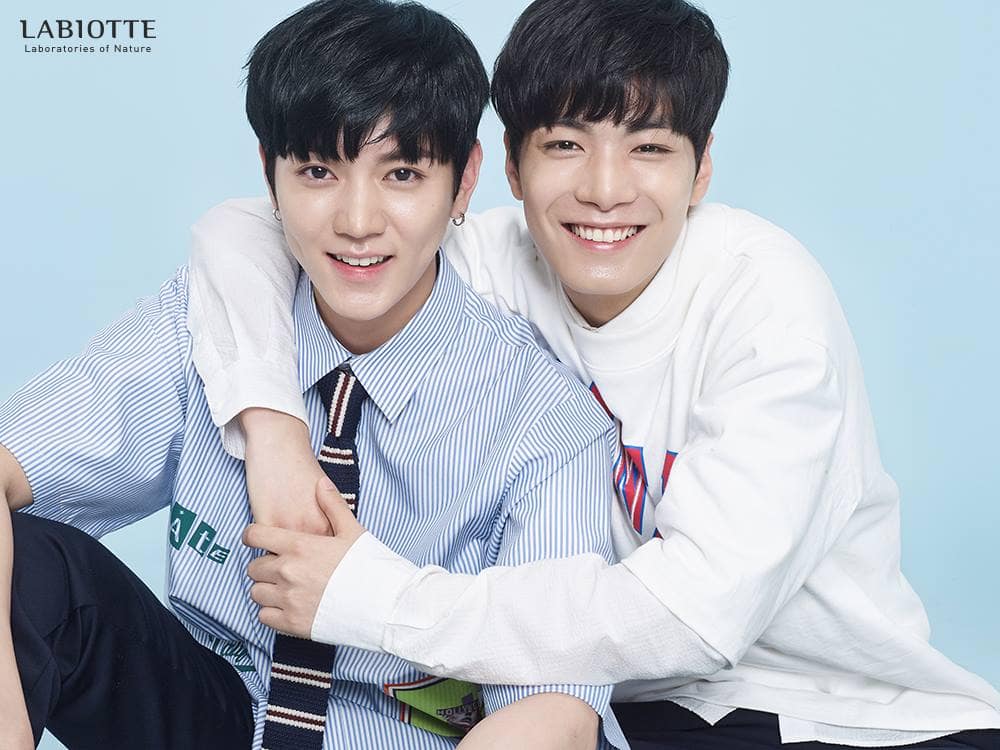 A press conference for the upcoming variety show “Learning the Hard Way” (working title) was held on September 13 at the JTBC Sangam building. During the event, NU’EST’s Ren opened up about his experience filming the show and what kind of advice fellow NU’EST member JR gave him on being a newbie to the variety show world.

“Learning the Hard Way” is a real survival variety show that follows g.o.d’s Park Joon Hyung, Soyou, Girl’s Day’s Sojin, Junggigo, and NU’EST’s Ren as they travel through Belgium and cover their travel expenses by selling items they brought from Korea.

Ren began by saying, “I was worried because I would be the youngest member on the team and I had no experiences in variety shows. The thing I worried about most was how to become friends with the other cast members, but I can proudly say that they took really good care of me and we returned as a family.” He continued to add, “Though it was a physically demanding experience, I did my best because I felt, and still feel, that this will be a show that people will enjoy.”

Ren is not the only member of NU’EST who recently ventured into the world of variety shows. JR has been busy these days, appearing in shows like “Night Goblin” and “Shadow Singer.” When asked if he’s gotten any advice from JR, Ren said, “I think we’re both in similar situations [of being new to variety shows]. He only started two weeks before I did, so instead of giving me advice, he just told me to act like I do around the [NU’EST] members and I’d be fine. I actually got a lot of helpful advice from the other cast members while we were there [in Belgium].”

“Learning the Hard Way” is a cross-media show that will be released on TV and on a mobil app simultaneously. The show will first become available on the mobile video app oksusu at 10 a.m. KST on September 14, and air on TV for the first time on JTBC2 at 9:30 p.m. KST on the same day. The show will then air on JTBC on September 22 at 12:20 p.m. KST.

NU'EST
JR
Ren
NU'EST W
How does this article make you feel?