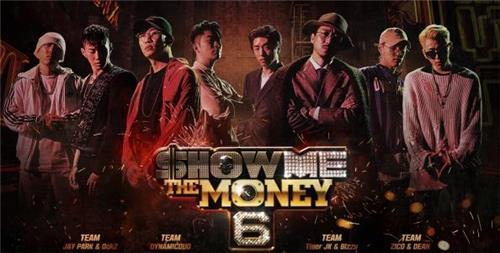 On September 12, the chief producer of Mnet’s “Show Me The Money 6” shared his thoughts on the successful conclusion of the show, “High School Rapper,” and “Unpretty Rapstar.”

On Woo Won Jae, who has recently been performing very well on music charts, the chief producer stated, “I saw Woo Won Jae rapping at the preliminaries, and I was shocked then. I was worried because Tiger JK didn’t give him the necklace right away, and thought to myself, ‘If he gets eliminated there’s going to be trouble.'”

When asked about future programs, the producer answered, “There’s a very high possibility of ‘High School Rapper’ season 2 for early next year. I’m still thinking about ‘Show Me The Money.’ I’m pondering if I should wait for a year for the hip hop scene to go back to normal before going for season 7 or if I should do a completely different program.” On “Unpretty Rapstar,” he explained, “Because the number of female rappers is less than male rappers, it’s quite difficult to get the show started.”

Unpretty Rapstar
High School Rapper
Show Me The Money 6
Woo Won Jae
How does this article make you feel?