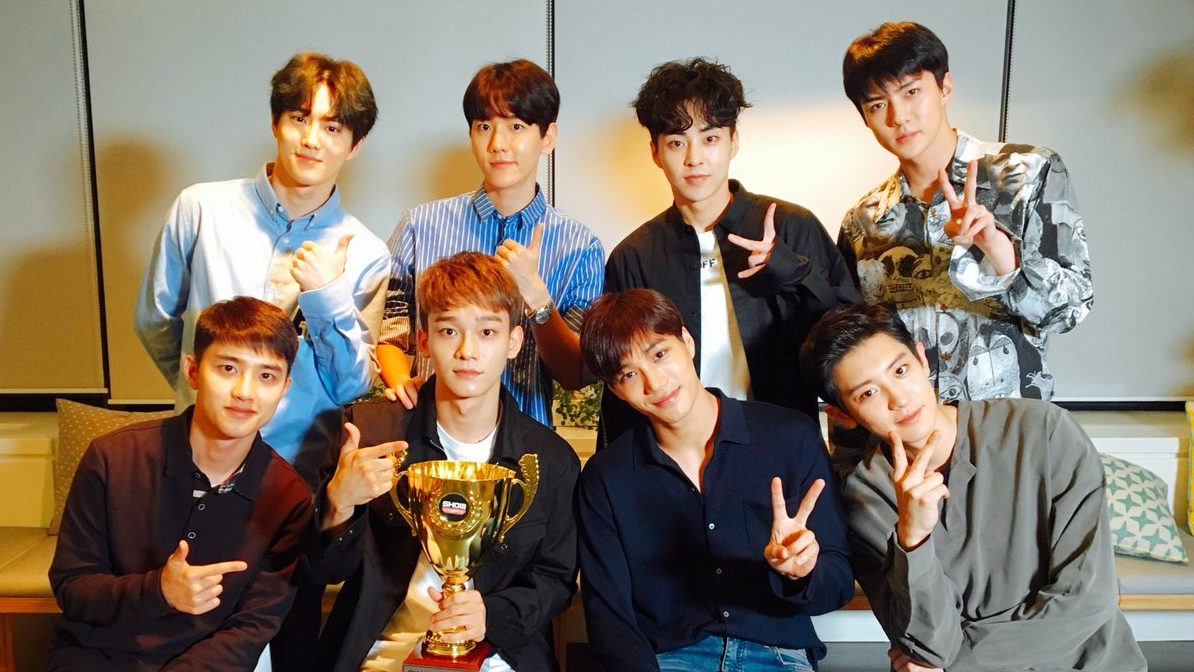 EXO has won the first music show trophy for their new track!

The September 13 episode of MBC Music’s “Show Champion” did not air new performances, and was instead a special that featured previous fan-favorite performances.

However, a winner was still announced for this week! The nominees were Sunmi’s “Gashina,” EXO’s “Power,” GFRIEND’s “Love Whisper,” Jeong Sewoon’s “Just U” (featuring Sik-K), and HyunA’s “Babe.”

It was announced that EXO has won this week, making it their first win so far with “Power.” Watch a short video message from EXO in thanks for their win below!

EXO
Show Champion
How does this article make you feel?