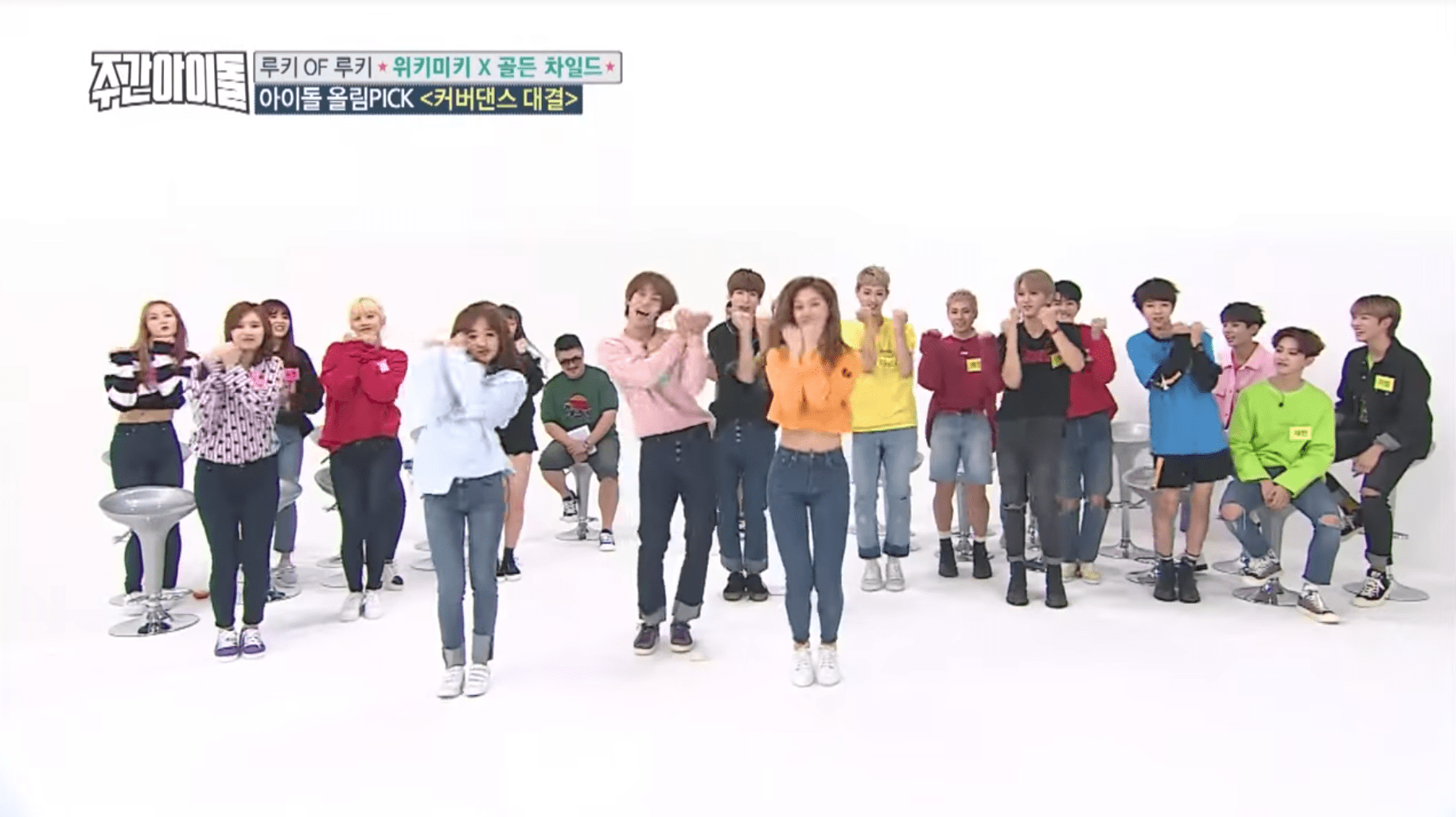 On the September 13 episode of “Weekly Idol,” Weki Meki and Golden Child appeared as the variety show’s “picks” for 2017’s up-and-coming idols.

During a segment where Weki Meki and Golden Child were pitted against each other, the two groups showed their skill at cover dances.

At first Weki Meki took the upper hand with their take on Red Velvet’s “Red Flavor,” Sunmi’s “Gashina,” and BLACKPINK’s “As If It’s Your Last.” Choi Yoojung then put the finishing touch with her intense cover of PSY’s “New Face” and showed her love for her “Produce 101” juniors with her picture-perfect cover of Wanna One’s “Energetic.”

However, Golden Child had a comeback from behind with main dancer Donghyun’s take on EXO’s “Ko Ko Bop.” Leader Daeyeol then upped the ante with his cover of INFINITE’s “The Chaser,” bringing up memories of his brother Sungyeol.

The two groups then combined for I.O.I’s “Very Very Very.” Watch the cover dances below!